Diego Schwartzman celebrates his second-round win against Kevin Anderson, during which Ben Stiller sat in his box.

Schwartzman & Stiller: Unlikely Friends At The US Open

Andrew Eichenholz
This article contains:
Stiller watched the Argentine during his second-round win against Anderson

When the remnants of Hurricane Ida swept through New York on Wednesday, Diego Schwartzman was playing former World No. 5 Kevin Anderson inside Louis Armstrong Stadium. The heavy winds sent the rain sideways and into the stadium, leading to multiple delays.

That gave Schwartzman an opportunity to joke with a special guest in his box: actor Ben Stiller.

“When we stopped I went to my box where my coach was, all my team was there. He was there, as well. I said to him, ‘This is a movie, it's for you, it's your day,’” Schwartzman said. “He was smiling. Then he waited for the change to Ashe. He stayed here until 2:30 a.m. when everyone was able to go back to the city. It was great.” 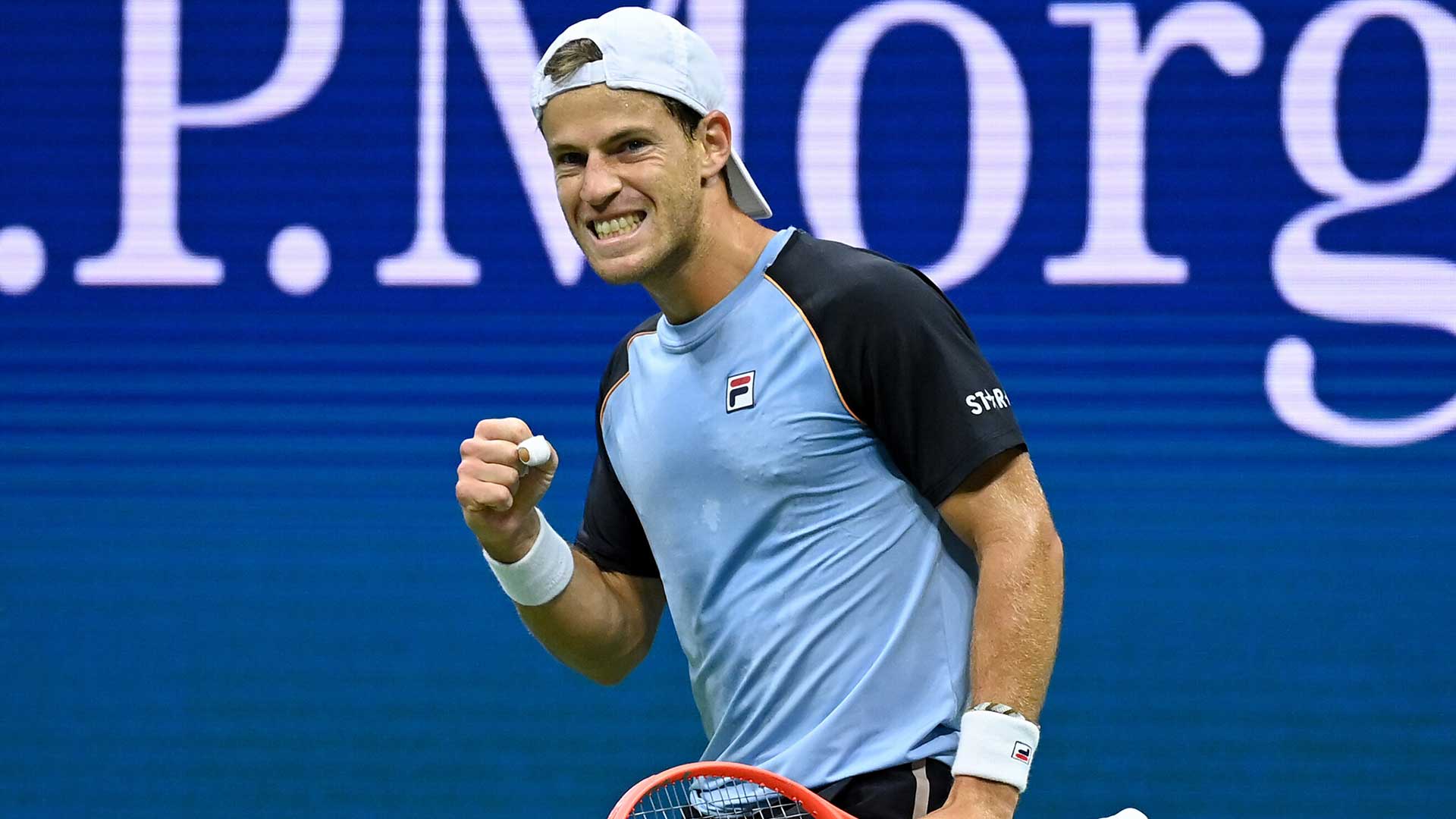 Photo Credit: Garrett Ellwood/USTA
The pair’s relationship dates back to the US Open in 2019, when Rafael Nadal defeated Schwartzman in the quarter-finals. Stiller was there to watch Nadal, and he met the Argentine after the match.

“We took a picture. I put it on my Instagram at that time,” Schwartzman remembered. “After that we had a very good relationship on WhatsApp. We texted a few times. Obviously nobody came to the tournament [last year]. This year since I arrived in New York, I was in contact with him, texting him.

“He was able to come to the last match. It was a crazy movie.”

Schwartzman recovered well from that crazy night at the USTA Billie Jean King National Tennis Center to dismiss Slovakian qualifier Alex Molcan in straight sets on Friday for a spot in the third round. Right after the match, he got a message from Stiller.

“Now I [just] texted him because he sent me a message after this match again. It’s good,” Schwartzman said.

What has also been good is the Argentine’s form. One year ago, he lost a heartbreaking five-setter in the first round against Cameron Norrie at the US Open. But Schwartzman has put to bed those memories by advancing to the fourth round at Flushing Meadows.

“That match last year was different. [After] almost five months without playing tennis, it was very difficult to come back almost straight in a Grand Slam. I played five sets. I was cramping at the beginning of the fifth last year against Norrie. He was playing a very good match.

Schwartzman has not just made the second week — he has done so convincingly. The 11th seed has not lost a set, and only one of his nine sets have gone to a tie-break.

“The first match was difficult. I won in three sets, but it was a difficult match. Coming back, I wanted the win in the first round,” Schwartzman said. “I think in 2017 when I started to play good weeks in the Grand Slams, my tennis changed. I improved a lot. Always when I come to a Grand Slam, I want to do well. The first round is very important. Then I'm always trying to improve every single match.”

The Argentine will hope that is the case when he next plays Dutch qualifier Botic van de Zandschulp for a place in the quarter-finals, where second seed Daniil Medvedev could be lurking.