Andreas Seppi got to practise ice hockey with members of the NHL's Colorado Avalanche on Thursday.

The stars of the ATP Tour spend much of their off-season training on and off the court to prepare for the campaign ahead. But Italian Andreas Seppi, who recently finished inside the Top 100 of the year-end ATP Rankings for the 15th straight year, also threw in some slapshots and one-timers with members of the NHL’s Colorado Avalanche on Thursday afternoon.

Seppi is spending his third consecutive off-season in Boulder, Colorado, where he bought a house in December 2017. Former ATP Tour doubles player Christopher Kas, who is friends with Avalanche goaltender Philipp Grubauer, introduced Seppi to the hockey star. They hit it off, sometimes going to dinner and even joining one another for a hike. And on Thursday, Seppi got an inside look at Avalanche practice before stepping on the ice himself to test his skills with Grubauer and fellow Avalanche player Vladislav Kamenev

“First of all, I want to thank the Colorado Avalanche for letting me see the practice and play a little bit with Philipp, who I know for a couple of years. It was really nice to be out here,” Seppi said. “My father was playing [hockey] in Italy, so he taught me how to skate and to play a little bit with a stick, but I never played with a team. I preferred tennis and I was skiing also, but I still like being on the ice and skating. It feels good.” 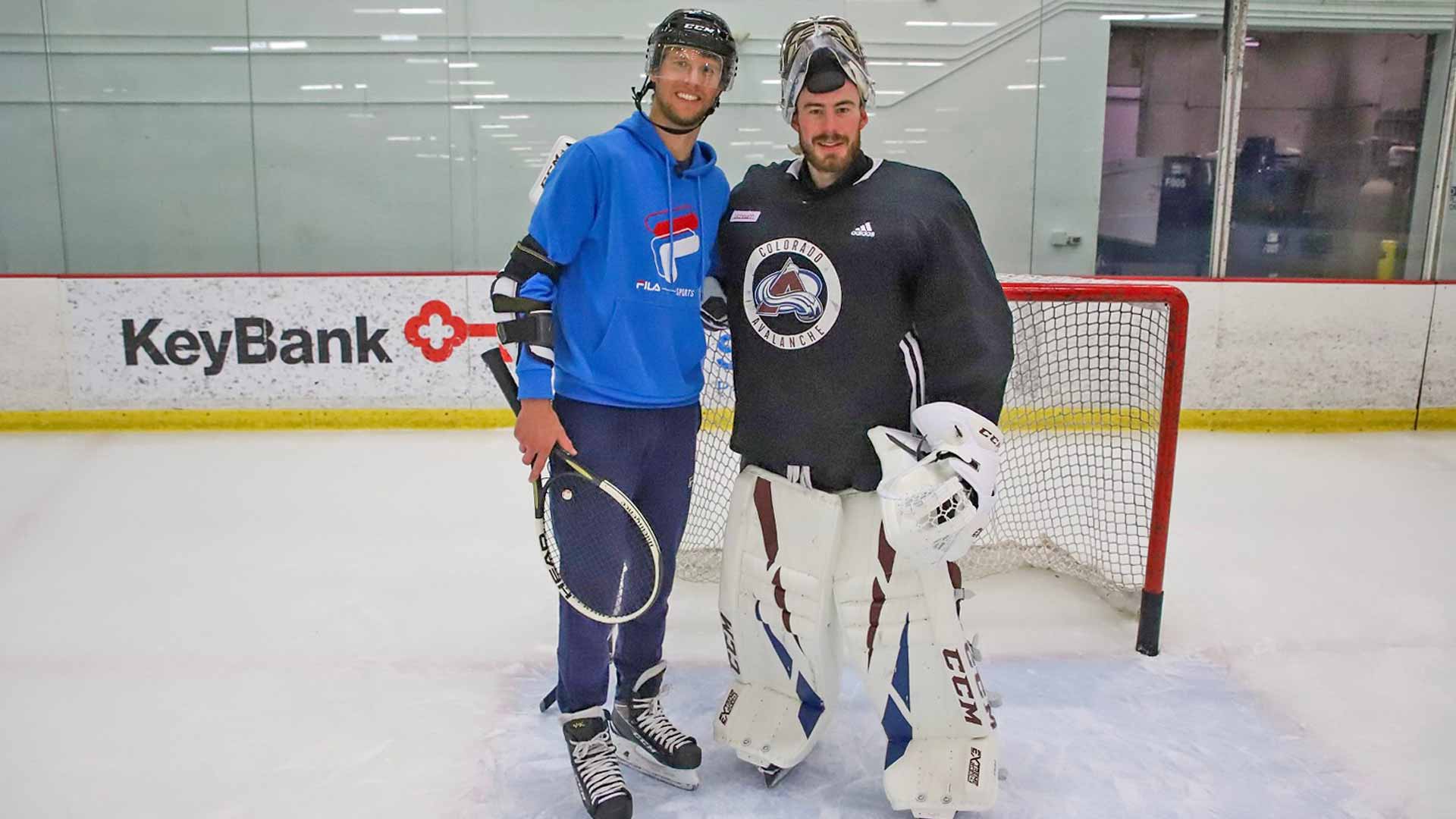 Photo Credit: Colorado Avalanche
It had been more than seven years since Seppi had ice skated, and about 15 years since he held a hockey stick. But the Italian was excited to get a chance to share the ice with professional hockey players.

You May Also Like: Andreas Seppi: From Italy To... Colorado?

While Seppi promised to take Grubauer onto a tennis court one day, he brought tennis to the hockey rink, smacking some tennis balls on goal before swapping spots with Grubauer to see if he could stop the goalie from scoring on him.

“It’s pretty good in the net, seeing the balls coming to you. I can’t imagine how it is to see a puck coming to you, so it must be really dangerous. It must feel uncomfortable to be in the goal,” Seppi said.

Grubauer, the Avalanche’s starting goaltender, is currently in season. But the German would play tennis when he was younger, and he also uses it as part as his off-season workout. Something he had never done before Thursday was combining hockey with tennis like he did with Seppi.

“The ice, the court, the speed of the ball is similar to the puck, actually, so it’s not that different the way he shoots it. But it was really hard to see. It’s really hard to see and it was fun. I’ve never done that before,” Grubauer said. “It was really fun out here to switch the sport a little bit and try out something new."