Biella Challenger Indoor 3 (Biella, Italy): Winning a title is always an incredible feeling. Winning your first as a father is even more special. That was the reality for Andreas Seppi on Sunday in Biella. The Italian veteran celebrated a return to the winners' circle with a 6-2, 6-1 win over Liam Broady on the indoor hard courts of the Palasport Biella. The 37-year-old and former World No. 18 dropped one set all week.

It's not often that a father wins a title on the ATP Challenger Tour. In fact, there were only two such champions in all of 2020. But, as Seppi emerged victorious for the first time since 2019, the Italian enjoyed a special moment with his family. He and his wife Michela had welcomed their first child, Liv Bernardi Seppi, one year ago.

"Of course it was an important week for me," said Seppi, who hails from nearby Caldaro, Italy. "It's my first title as a father, which is for sure special. Also it was important because I'm back in the Top 100. At my age, it's good to be back there or else you will have to play more Challengers and qualifying. If I continue to improve my ranking, it would make it a little easier.

"It's nice winning in Italy and Biella was one of the first Challengers I played in my career. It was in 2001 on clay. Coming back after all these years is something special also. It was a great week and of course having my wife and my daughter with me makes it easier and even more special. I chose to play here because I could bring them and we could drive by car. It was a good decision in the end and hopefully I can continue playing like this."

You May Also Like: Italian Seppi On Fatherhood In Colorado During COVID-19 Pandemic

Seppi lifted his 10th Challenger trophy, returning to the Top 100 of the FedEx ATP Rankings. At the age of 37, he is the oldest champion from Italy in the history of the circuit. In addition, he joins Ivo Karlovic, Tommy Robredo and Stephane Robert as titlists aged 37 or older in the last four years. 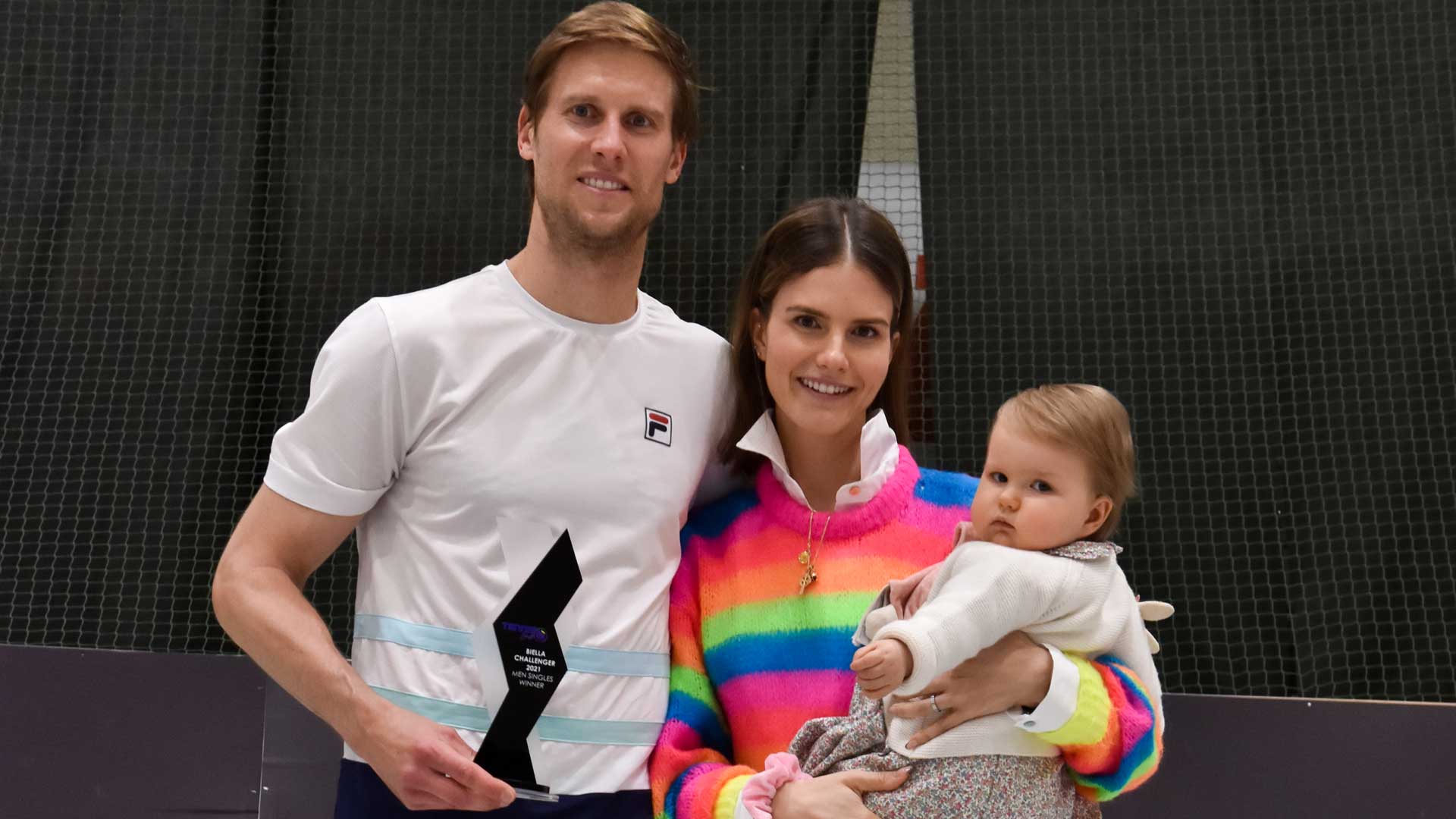 Grand Palace Championship II by Formula TX (St. Petersburg, Russia): Entering the week, Evgenii Tiurnev had never reached an ATP Challenger Tour final. In fact, the Russian had posted only five match wins at the level since making his debut in 2015. But the 23-year-old would save his best tennis for a run on home soil. Tiurnev streaked to his maiden title on Sunday, punctuated by a 6-4, 6-2 win over Kacper Zuk in the championship.

An unseeded wild card sitting at No. 403 in the FedEx ATP Rankings, his run to the title was as impressive as it was improbable. Tiurnev dropped just one set all week, also including wins over former Top 100 stalwarts Mirza Basic and Marius Copil. After battling on the ITF circuit for more than seven years, the Russian finally had his moment in the spotlight on the ATP Challenger Tour.

Tiurnev's victory was even sweeter when you consider it was also his first Challenger title as a father. He and his wife Ksenia are parents to a five-year-old boy.

Tiurnev, who hails from Gatchina, Russia - the same hometown as Alexander Bublik - will soar more than 100 spots to a career-high No. 293 in the FedEx ATP Rankings. He is the sixth player to claim his maiden title in 2021 and also the second unseeded wild card champion. Just last week, World No. 400 Carlos Gimeno Valero captured his first title in Gran Canaria. 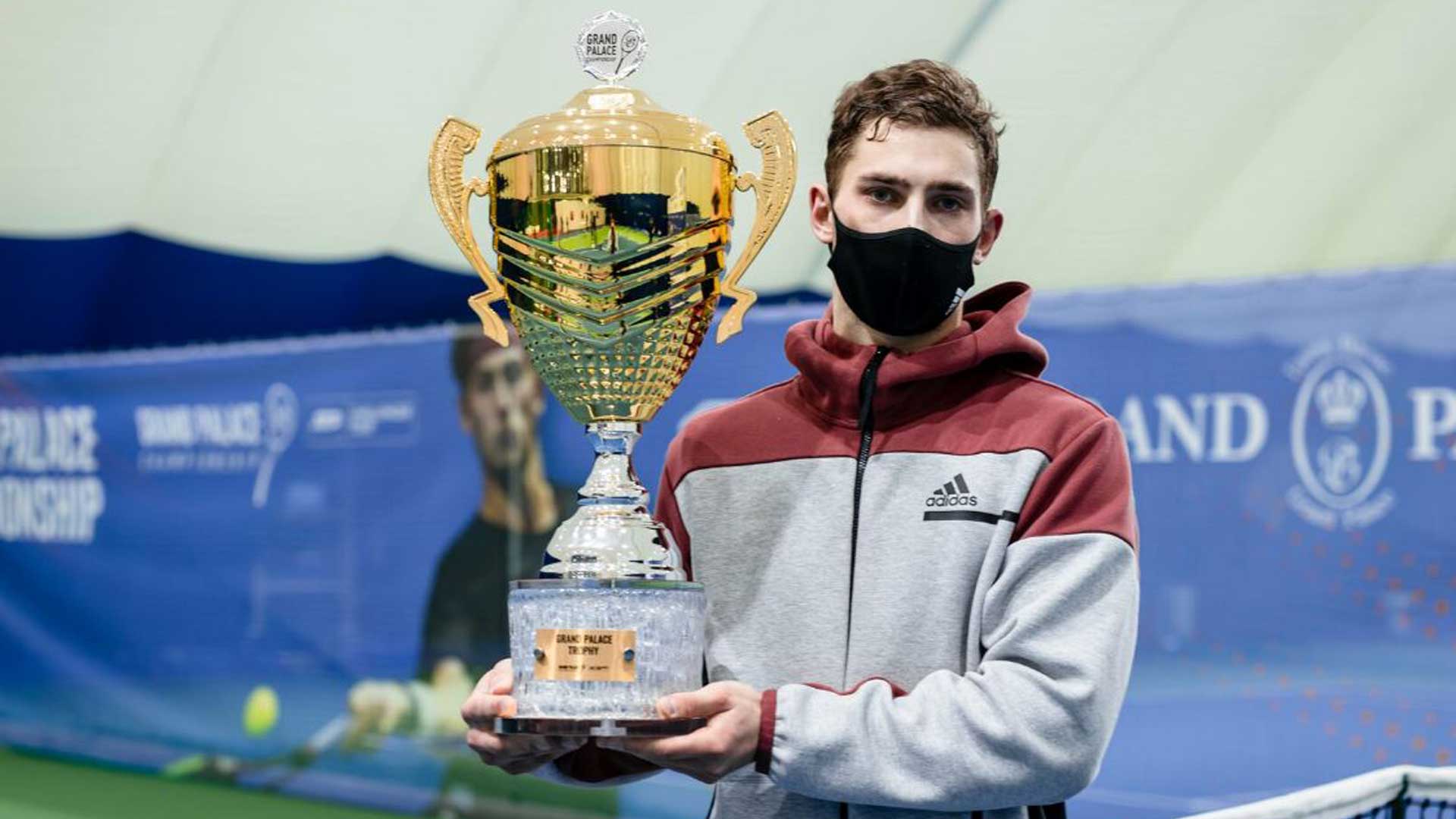