Novak Djokovic and Nikola Cacic celebrate their tie-clinching win against Kazakhstan on Wednesday.

Novak Djokovic did double duty on Wednesday in Madrid to lead Serbia into the semi-finals of the Davis Cup Finals.

Djokovic defeated Alexander Bublik 6-3, 6-4 in singles and quickly returned to the court to partner Nikola Cacic to a 6-2, 2-6, 6-3 victory against Andrey Golubev and Aleksandr Nedovyesov, giving Serbia a 2-1 victory against Kazakhstan.

"I'm proudest of the fighting spirit. We had a little drop energetically in the second set, but we managed to bounce back. The start of the third set was crucial the first couple of games to hold our nerves, try to switch the momentum to our side and that's what we managed," Djokovic said in his on-court interview. "I'm proud of Nikola, proud of this team and I think we deserve to be in the semi-finals." 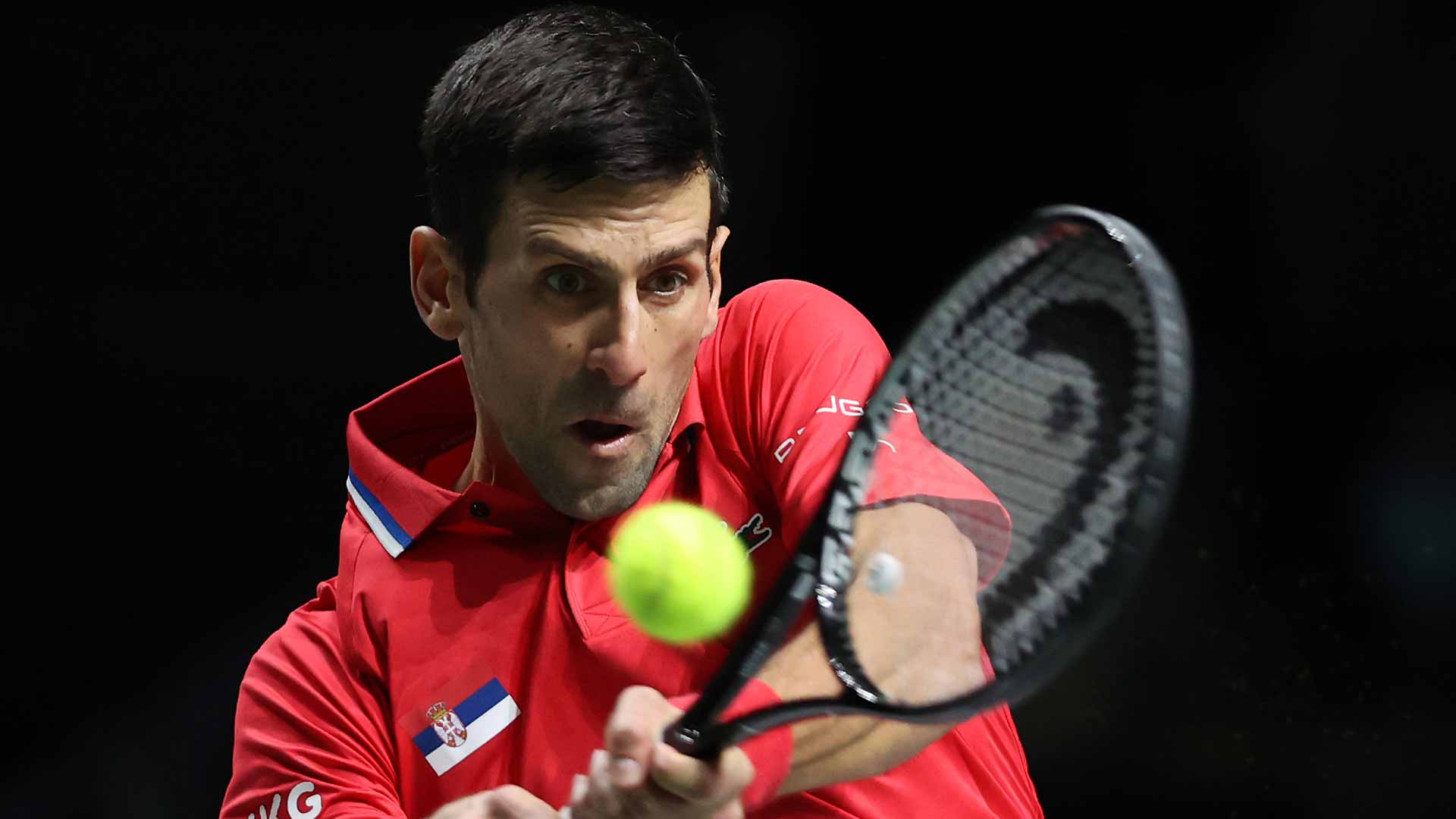 Photo Credit: Clive Brunskill/Getty Images
Cacic and Djokovic lost a deciding doubles rubber in group play against Kevin Krawietz and Tim Puetz of Germany. This time, they came out on the winning end, with Cacic hitting a clutch forehand return to end the match.

"This is our third match played together and every match is better. We are getting better on the court," Cacic said. "We had a little bit of a problem in the second set actually, I got a little bit tight... But we managed to come back in the third set and I'm really happy."

Serbia had no margin for error after Mikhail Kukushkin secured a 7-6(5), 4-6, 7-6(11) triumph against Miomir Kecmanovic in the first rubber, which Kecmanovic served for in the third set.

But Djokovic was locked in throughout the day. The World No. 1 levelled the tie with a comprehensive performance against the big-serving Bublik, who even threw in an underarm serve in the penultimate game. Djokovic did not lose focus, closing out Bublik before coming back to produce a determined performance in the doubles rubber. Serbia will play Croatia in the semi-finals.