Thiago Seyboth Wild has risen 162 spots in the ATP Rankings this year.

ATP Staff
This article contains:
Thiago Seyboth Wild shocked Hugo Dellien in the opening round at the Campinas Challenger

When Thiago Seyboth Wild defeated then-World No. 99 Nicolas Jarry to end his 2017 season at the ATP Challenger Tour event in Rio de Janeiro, the signs were there that the young Brazilian had the game to make waves in 2018.

Now 11 months later, the 18-year-old stands as a junior Grand Slam champion, after success at the US Open, and a Challenger quarter-finalist. The Rio de Janeiro resident, in front of a home crowd this week in Campinas, recorded another signature victory to beat World No. 105 Hugo Dellien in the opening round. Dellien has captured three Challenger crowns this season.

The crowd in Campinas was overflowing, as the future of 🇧🇷 tennis - @thiagoswild - put on a show in Friday's quarter-finals. pic.twitter.com/OTROP97Ay4

"I think playing at home in my country is amazing," said Seyboth Wild. "Being in the quarter-finals in Campinas is my best result in a Challenger. Playing these top players here is amazing too and then getting to beat them is very cool at my age.

"I definitely believe I can compete with the top players. Dellien has won three titles this year and to beat him here was amazing for me. It's brought my confidence up."

That knowledge and experience gained from his title run at Flushing Meadows was clear to see this week at the Campeonato Internacional de Tenis. Seyboth Wild backed up his surprise victory over Dellien with a convincing win over Italian Fabrizio Ornago, ranked 80 positions above him in the ATP Rankings, before a tight three-set loss to sixth seed Facundo Bagnis. 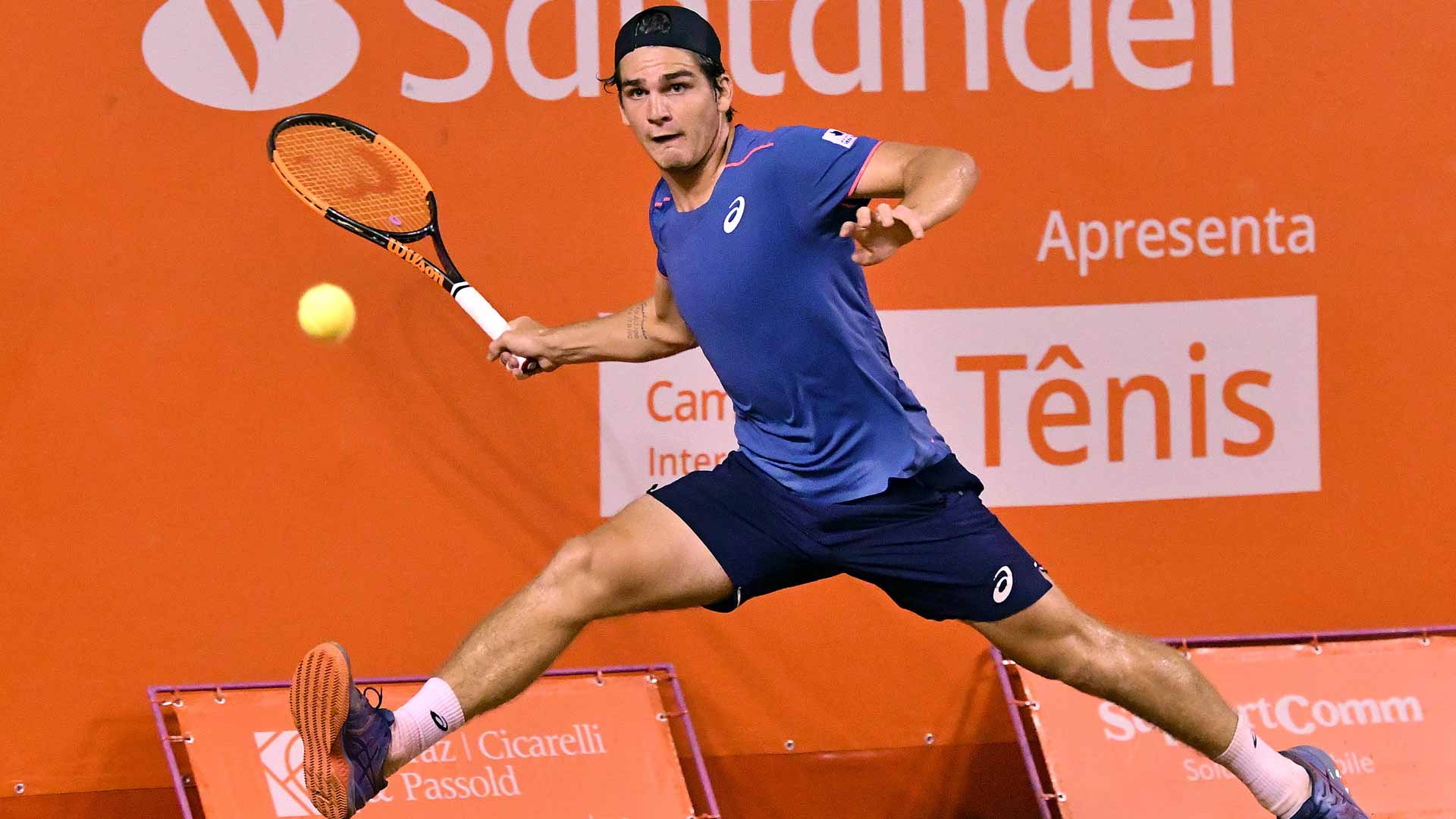 "Playing a Grand Slam is an incredible experience as a junior player," Seyboth Wild added. "Guys like Roger Federer and Gael Monfils won junior slams, so playing it is already amazing but winning it is even better. The week in New York was great and I'm just trying to make the most of it as I play more Challengers."

A first quarter-final appearance in just his third appearance on the ATP Challenger Tour looks to be just the beginning for Seyboth Wild, who is quickly discovering the adjustments required to succeed beyond the junior level.

"The experiences that the pro players have is on another level. You're here to make a name for yourself, not make friends. You're here to improve, to get better. You're here to win matches and that's it. It's different from the juniors and I'm trying my best to make that transition."

Aged 18 years and six months, Seyboth Wild is the youngest Brazilian player ranked inside the Top 1000 of the ATP Rankings. But pressure and expectations do not affect the 6'0" right-hander as he continues to improve his game. The World No. 453 has already risen almost 200 spots in the ATP Rankings after starting the year at No. 615.

"Representing my country has always been huge for me," said Seyboth Wild. "Ever since I was 14 years old, I played many South American tournaments. It gets even better as time goes by. I actually like the pressure of being the top Brazilian teenager. I just have to keep believing and try my best."