Denis Shapovalov is into the quarter-finals of the Australian Open for the first time.

Denis Shapovalov upset World No. 3 Alexander Zverev on Sunday at the Australian Open to reach the quarter-finals at Melbourne Park for the first time. The Canadian knows it will not get any easier Down Under, with 20-time major champion Rafael Nadal waiting in the last eight.

“I’m definitely expecting a long battle out there. Obviously he makes you play a lot. His defence is very good. He's very good at what he does,” Shapovalov said. “So [I’m going to] have to try to play my game, take it to him and keep doing what I have been doing, playing patient, fighting for every point, and just picking my spots to play aggressively.”

Shapovalov made his first big statement on the ATP Tour at the age of 18 in 2017, when he stunned Nadal in Montreal in front of his home fans. Now 22, he has an opportunity to spring another upset to reach his second major semi-final.

It has been a tremendous start to the season for Shapovalov and Canadian tennis overall. Shapovalov and countryman Felix Auger-Aliassime, who will play 27th seed Marin Cilic in the fourth round of the Australian Open on Monday, led their country to the ATP Cup title in Week 1.

“I think what we've been doing has been amazing, especially with the start of the season for Canada,” Shapovalov said. “And what we're doing in Australia here is special, as well. Hopefully a lot of Canadians are able to watch.” 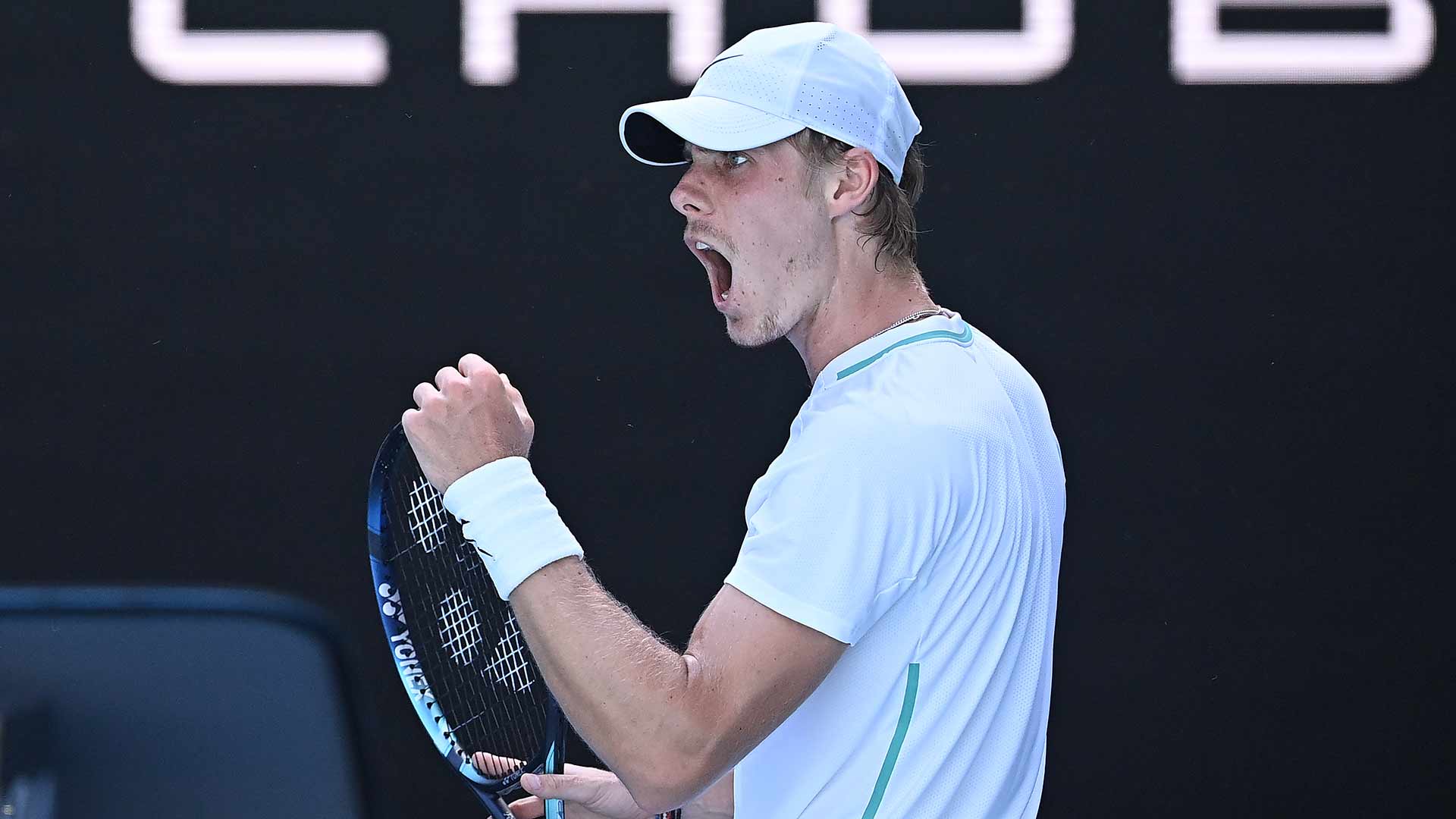 Photo Credit: Peter Staples/ATP Tour
Shapovalov is now 7-1 in singles this season. It is a scorching start, especially considering he tested positive for COVID-19 upon his arrival in Australia and had to quarantine, leaving him to wonder how things would go Down Under.

“There were a lot of doubts once I got to Australia with the quarantine, having gotten COVID, not sure how I would take it, not sure I would be able to play ATP Cup,” Shapovalov said. “Obviously very happy with the way I'm feeling, first of all, coming out of quarantine, playing ATP Cup, had a little bit of doubts. [I] wasn't ready to play the first match and kind of worked my way through the tournament and started to feel back to normal towards the end of that week.

“So it was a good sign. And then coming here, I had a couple of aches and wasn't feeling 100 per cent physically. So wasn't practising that much, to be honest, and [was] just trying to prepare the body as best as possible.”

You May Also Like: Shapo Stuns Zverev To Set Nadal Showdown

The No. 14 player in the ATP Rankings also has had to get used to having a new coach. At the end of the 2021 season, Shapovalov and Mikhail Youzhny mutually parted ways. The Canadian began working with Jamie Delgado, the former coach of Andy Murray, and so far “it’s been awesome” according to the lefty.

“Jamie was one of the guys that me and my team had thought about. We heard that he had split with Andy. So we just gave him a call and asked if he'd be interested to join the team and try out and see how it would work,” Shapovalov said. “Obviously it's been really good so far. It's been just a couple of weeks. Obviously it's really new. But we've definitely clicked in terms of personalities and in terms of working on the court. I think we both have kind of the same vision for my game.

“I feel like he's a super understanding person. Obviously he's got so much experience and he's been through so much with Andy. So he's definitely got a lot of experience under his belt. That's something that I really thought would be great to add to my team.”

Everything is going well for Shapovalov. Now, he will aim to maintain his level against 2009 Australian Open champion Nadal.

“Just really happy with where I am in terms of my game, in terms of the level right now. Obviously every day is different. But I feel like with every match I have gained a little bit of confidence and a little bit of comfort playing on these courts,” Shapovalov said. “I'm just pleased overall with my game so far and my fighting spirit. Just battling [it] out in every single match. Hopefully I can continue going this way.”