Denis Shapovalov has not dropped a set en route to the third round in Rome.

ATP Staff
This article contains:
Canadian yet to drop a set in opening two matches

Denis Shapovalov continues his smooth transition from hard courts to clay, ending qualifier Pedro Martinez’s four-match streak in straight sets at the Internazionali BNL d’Italia on Thursday. The 12th seed prevailed 6-4, 6-4 to book a place in the third round.

In a first ATP Head2Head meeting between the pair, three breaks were traded before the Canadian carried the advantage to clinch the opening set. The Spaniard – who had beaten Sam Querrey for his first ATP Masters 1000 match win on Monday – snatched an early 3-0 lead the second set, but Shapovalov soon exposed the gap of 95 places in the FedEx ATP Rankings to reel off six of the last games.

“Of course it's very tough,” Shapovalov said. “Especially after the Grand Slam, your body just kind of naturally wants to relax. Going into a match here is definitely a little bit difficult, but I'm really happy with the way I have been able to maintain my level and maintain physically.”

While he only won 57 per cent of his first-serve points for the match, he sealed a third-round berth in one hour and 42 minutes. The 21-year-old next meets Frenchman Ugo Humbert for a place in the quarter-finals. Looking ahead to meeting Shapovalov, Humbert said: "It will be a tough match for sure, he can hit the ball very fast – forehand or backhand – and I will try to recover well from today.”

Shapovalov arrived in Rome coming off his maiden Grand Slam quarter-final appearance at the US Open. He showed no signs of struggling to adapt to the slower clay-court conditions in back-to-back straight-sets wins, having accounted for Argentine Guido Pella in the opening round.

“I have definitely some tougher matches ahead of me, for sure," he said. "Hopefully I can keep doing the same thing that I have been doing, because I feel like against these clay-court players the last two rounds, it's worked really well.” 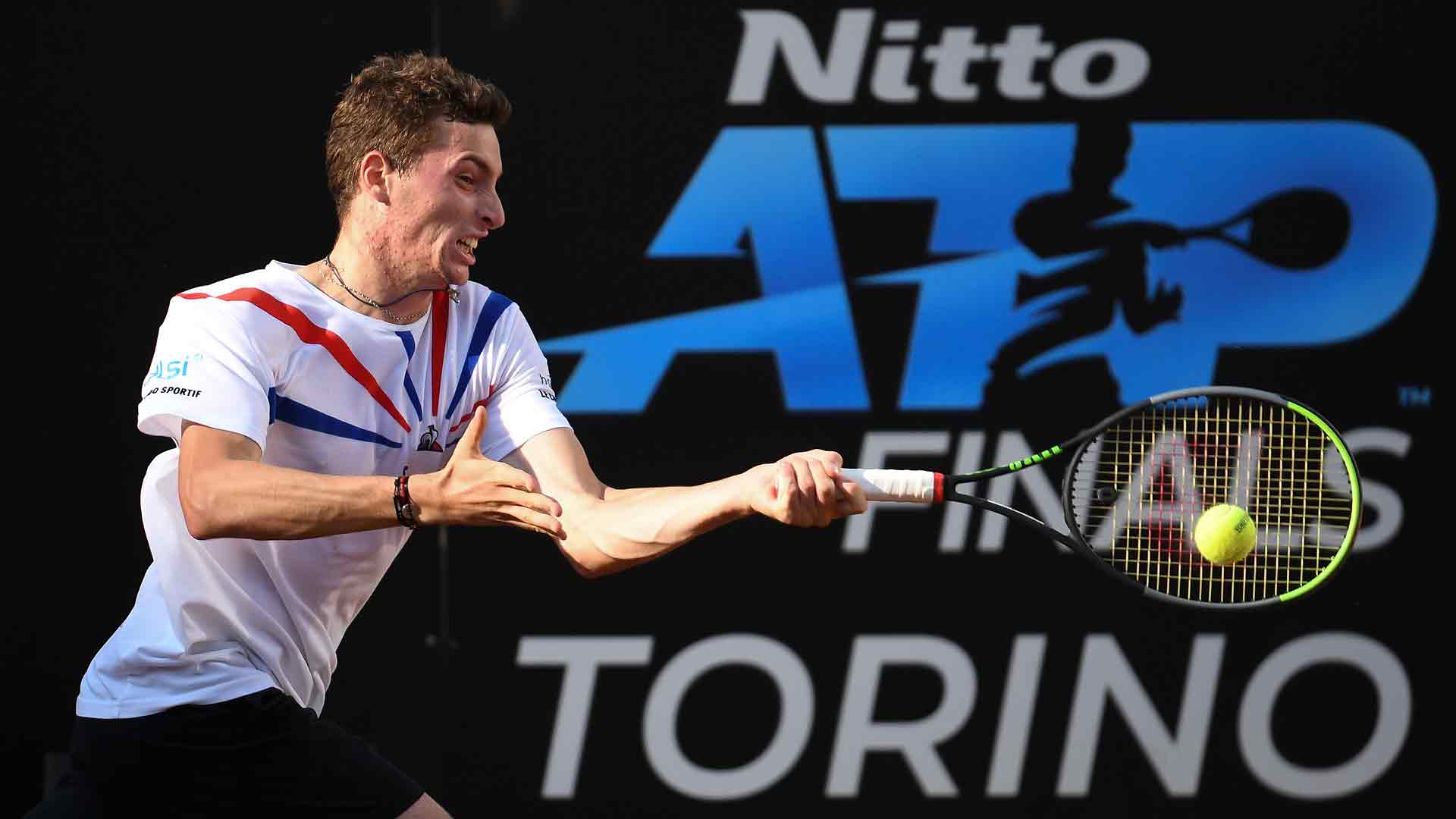 “I am very happy to win today against Fabio, a great player,” said Humbert, in an on-court interview. “I practised with him three days ago, so it was easier when I started the match and I tried to do my best."

There were six straight service breaks at the start of the pair’s first ATP Head2Head meeting, but Fognini finished the set with a wayward game and was broken to love. Fognini mistimed a backhand on Humbert's first set point, which was one of 24 unforced errors in the 56-minute set.

Humbert first served for the match at 5-3 in the second set, only to see Fognini recover and then lead 4/3 in the tie-break. But Humbert won the last four points, with Fognini over-hitting a routine backhand long.