Jannik Sinner is making his first appearance at the Australian Open.

One year ago this week, Jannik Sinner lost in the first round of a Futures event in Monastir, Tunisia. At the time, the Italian was No. 549 in the FedEx ATP Rankings. What a difference a year makes.

The reigning Next Gen ATP Finals champion leads Australian qualifier Max Purcell 7-6(2), 6-2, 4-4 on Monday, with play suspended due to rain. Sinner is trying to win his Australian Open debut and earn his first Grand Slam victory. The teen lost to three-time major champion Stan Wawrinka in four sets at last year's US Open.

Sinner has quickly emerged as a talent to watch, defeating Gael Monfils in Antwerp last year before completing a stunning run in Milan, where he beat Alex de Minaur in straight sets to clinch the championship.

You May Also Like: Sinner Eyes First Slam Win, Maybe More, In Melbourne

The 18-year-old has not let slip that momentum, winning the first two sets against a home favourite in Melbourne. Sinner, who holds a 15/30 advantage on Purcell's serve at 4-4 in the third set, has converted four of his eight break points and won 79 per cent of his first-serve points.

If Sinner does get through, he won't get to play in a #NextGenATP blockbuster that was possible when the draw came out.

Denis Shapovalov arrived in Melbourne Park with plenty of expectations at the Australian Open. But Hungarian Marton Fucsovics dashed the #NextGenATP Canadian’s hopes in the opening round. 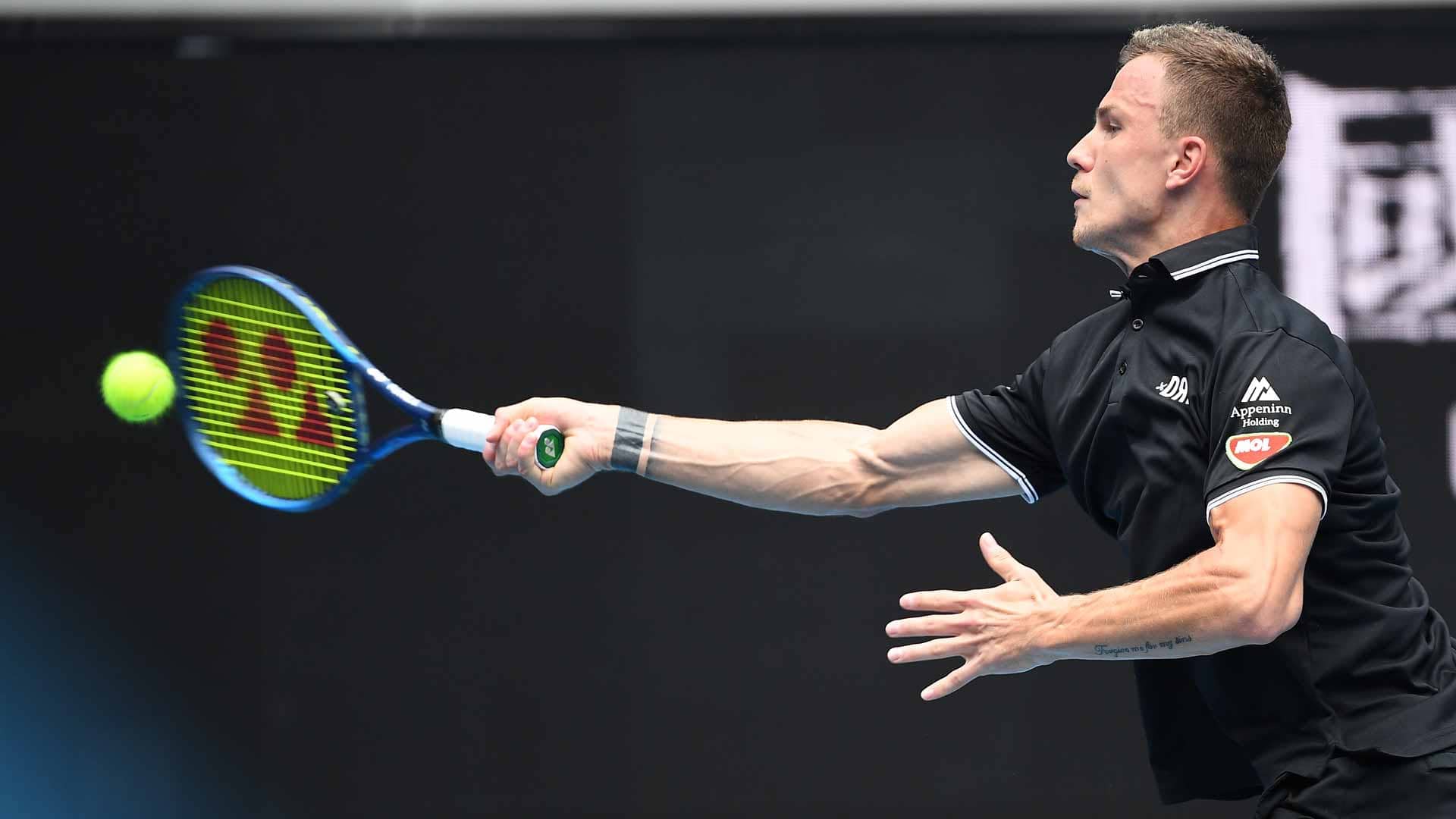 "It was a really good moment, one of the biggest wins in my career," Fucsovics said. "I really wanted to win this match."

Shapovalov saved a set point in the second-set tie-break to even the match at one set apiece, seemingly turning the tide in favour of the No. 13 seed. But World No. 67 Fucsovics maintained a steady level throughout each of the four sets, allowing Shapovalov to make mistakes in key moments.

When the left-handed Canadian was in rhythm, his level was higher than Fucsovics’, frequently swooping into net to take advantage of his powerful groundstrokes. But in the battle of former Wimbledon boys’ singles titlists, Shapovalov had to dial back his aggression too often to avoid making mistakes, allowing Fucsovics openings. He snapped a seven-match losing streak against Top 20 opposition at the Grand Slams when Shapovalov missed into the net on match point.

Fucsovics has enjoyed success in Melbourne before, moving into the second round here for the third straight year. The Hungarian’s best Grand Slam result came Down Under on his debut two years ago, when he became the first man from his country to make the fourth round at a major since Balazs Taroczy at 1984 Roland Garros.

Did You Know?
Fucsovics had been 1-11 against Top 20 players, defeating then-World No. 17 Nikoloz Basilashvili in Stuttgart last year.