Denis Shapovalov is competing in the Miami Open presented by Itau for the third time.

ATP Staff
This article contains:
The Canadian will next play Hurkacz

Denis Shapovalov needed more than three hours of play and even longer than that due to rain on Saturday at the Miami Open presented by Itau, but the sixth seed found a way to reach the third round.

The Canadian was not at his best, but he outlasted Ilya Ivashka 6-7(5), 6-4, 6-4 after three hours and six minutes in a match that featured two rain delays. Shapovalov hit 11 double faults and struggled at times with unforced errors off the ground, but he persevered against an opponent who needed three hours and 18 minutes in his first-round victory.

"[It was] definitely [a] super tough one against Ivashka. I think he played really well. [It is] never easy coming into a Masters [1000] where you have a bye, because the other player has already played a match, and obviously he was in top form," Shapovalov said. "Overall just super happy to get through it."

The pivotal moment came at 3-3 in the third set. Ivashka was set to face his second break point of the game when it first began drizzling, leading to a pause of less than 10 minutes. The Belarusian double faulted upon play's resumption, giving Shapovalov the advantage.

But then the rain began to fall again, sending the players off court for about an hour. Shapovalov faced a break point at 4-3, but Ivashka was unable to put a forehand return in play, and that was his last opportunity to get back on even terms.

Shapovalov is the third Canadian to reach this year’s Miami Open presented by Itau third round. The lefty has enjoyed success at Hard Rock Stadium before, making the semi-finals here in 2019.

The 21-year-old will face Delray Beach champion Hubert Hurkacz in his next match. The Pole served 12 aces en route to a 7-6(5), 6-4 victory over Denis Kudla. Hurkacz leads Shapovalov 2-1 in their ATP Head2Head series, but the Canadian recently beat him in straight sets in Dubai.

"[It is] definitely a super tricky next match. Me and Hubert have played many times now and just recently in Dubai. I felt like I played really, really exceptional tennis [there]," Shapovalov said. "Hopefully I can use that confidence and use those moments from last week and try to transition it into this week." 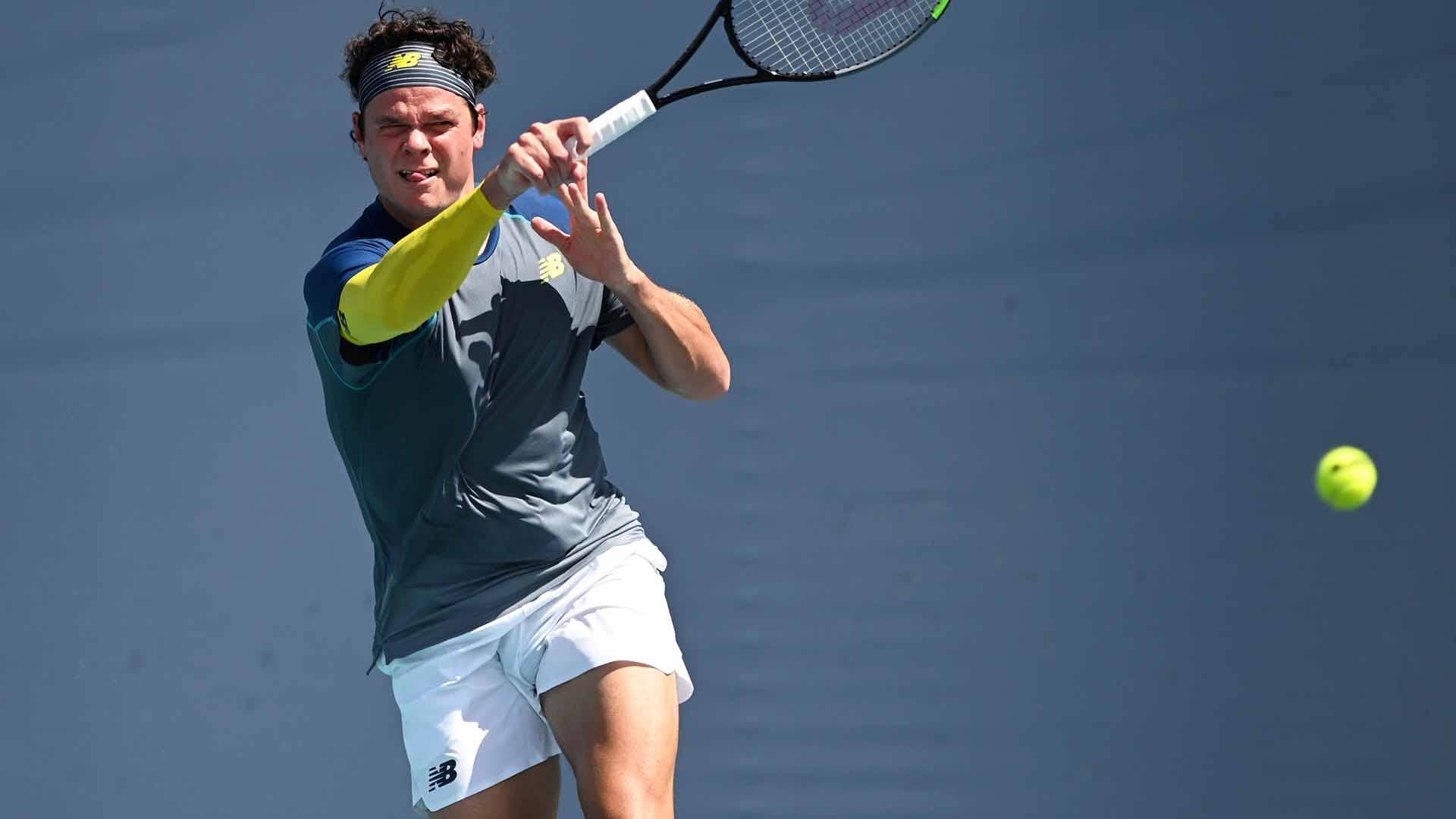 Earlier in the day, Milos Raonic overpowered Jordan Thompson 6-2, 6-1 to reach the third round. The Canadian won 22 of his 23 first-serve points to improve to 8-1 in second-round matches in Miami.

Raonic has reached the third round in each of the past eight editions of the ATP Masters 1000 event. The 6’5” right-hander’s only second-round defeat in Miami came on his tournament debut in 2011.

“It was a very good match for me,” said Raonic. “To start the tournament like this is very positive. I was much better with my serve than I was at the last tournament. I feel better physically as well, so all those things are trending in a positive way for me. Overall, I have to be happy with that.”

The 30-year-old will face Ugo Humbert in the third round. The Frenchman defeated Joao Sousa 6-1, 6-4 to earn his first win in Miami. Raonic saved two match points to win his only previous ATP Head2Head clash against Humbert at last year’s Rolex Paris Masters.