Denis Shapovalov, the No. 12 seed, rolls into the Rome second round after victory over Guido Pella on Tuesday.

Koepfer recovers from a set and 0-3 down

Denis Shapovalov, the No. 12 seed, continued his US Open form with an opening win on Tuesday at the Internazionali BNL d'Italia. The 21-year-old Canadian hit 23 winners, and won 12 of 15 points at the net, in a 6-2, 6-3 victory over Guido Pella of Argentina on Pietrangeli, the second show court at the Foro Italico in Rome.

“Guido is definitely not an easy match, especially on this surface,” said Shapovalov, on court, after the match. “I’m moving well, I’m struggling with jet lag a little bit, especially with the matches I’ve had, but I’m trying to do everything I can to recover. I think I played at a high level today. I don’t know much about Pedro [Martinez], my next opponent, so I’ll get Mikhail [Youzhny] to help me out.”

Shapovalov rolled through the 45-minute opening set, breaking in the third and seventh games. Two double faults from Shapovalov at 4-3 in the second set, almost let Pella back in. However, a big second serve from Shapovalov did the trick and he broke for a fourth time at 5-3 to complete his 10th match win of the year.

Last week, Shapovalov advanced to his first Grand Slam championship quarter-final at the US Open (l. to Carreno Busta in five sets). He will take on qualifier Pedro Martinez, a 6-3, 7-6(3) victor over Sam Querrey, on Wednesday. 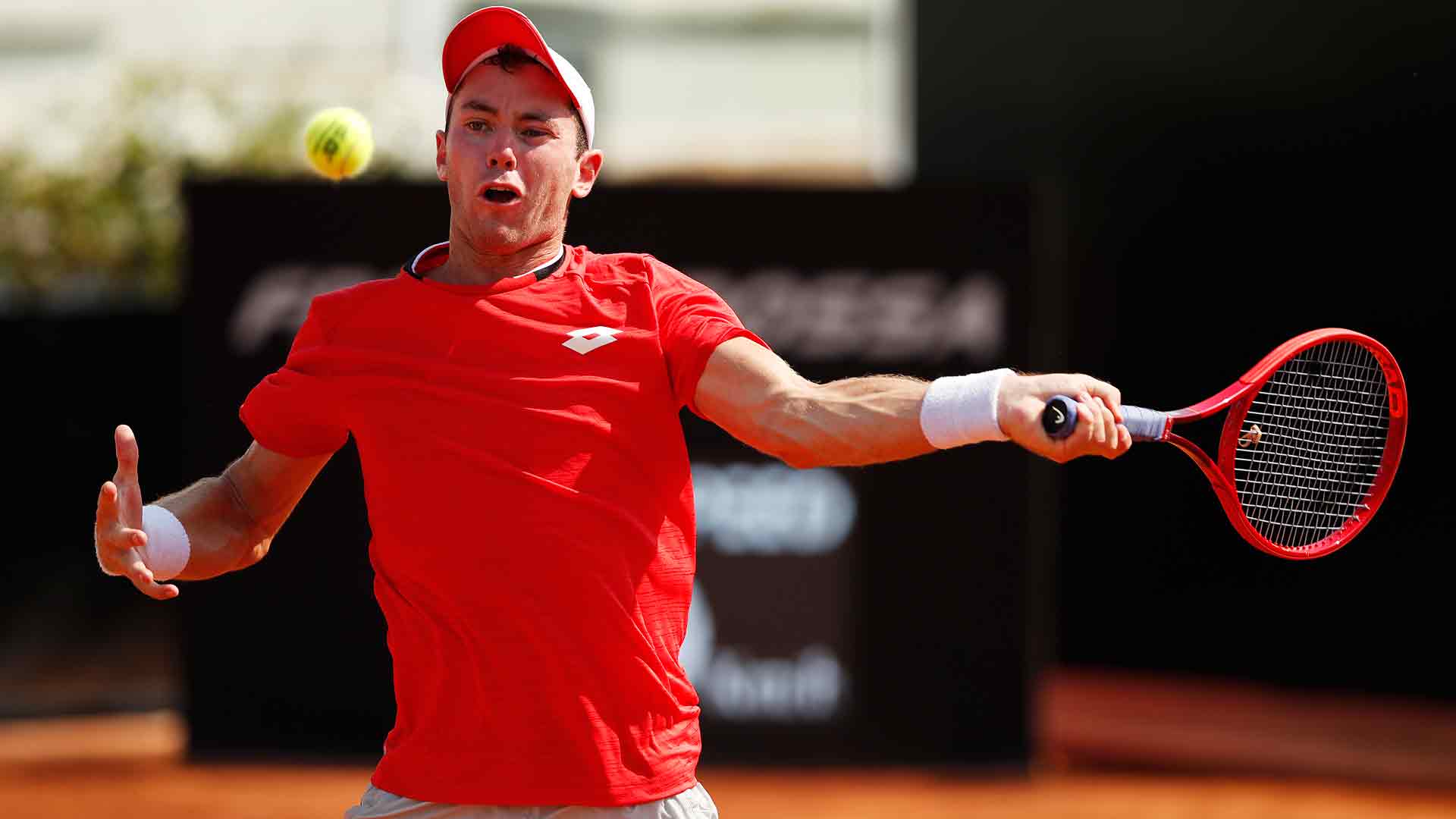 Qualifier Dominik Koepfer completed a remarkable comeback, which included saving one match point at 4-5 in the third set against Alex de Minaur, on Tuesday.

De Minaur looked set for a routine win, when he led by a set and 3-0, but Koepfer found a way back for a 3-6, 6-3, 7-6(6) victory in two hours and 33 minutes. Koepfer, who is making his ATP Masters 1000 tournament debut at the Foro Italico this week, will now challenge fifth seed Gael Monfils in the second round.

Koepfer won seven straight games and in the third game of the decider, one of 13 service breaks in the match, De Minaur broke. The Australian held a match point at 5-4, with Koepfer serving at 30/40, but the Australian overhit a forehand. In the next game, a poor forehand volley on break point cost De Minaur, and Koepfer then held to 15 for a 6-5 lead. The World No. 97 kept fighting and held his nerve in the tie-break.

Last week, 21-year-old De Minaur became the youngest Australian to reach the US Open quarter-finals since former World No. 1 Lleyton Hewitt, 21, in 2002.