Watch first-round highlights from Sunday's action at the Mutua Madrid Open, where Denis Shapovalov led the way with a win against Dusan Lajovic. Watch live tennis streams at http://www.tennistv.com.

ATP Staff
This article contains:
The Canadian will next play Bublik

Denis Shapovalov arrived in Spain on a two-match losing streak, but the dynamic lefty was near his best on Sunday, defeating 2019 Monte-Carlo finalist Dusan Lajovic 6-1, 6-3 to reach the second round of the Mutua Madrid Open.

The 11th seed broke the Serbian's serve in his first return game and he ran away with the momentum from there. 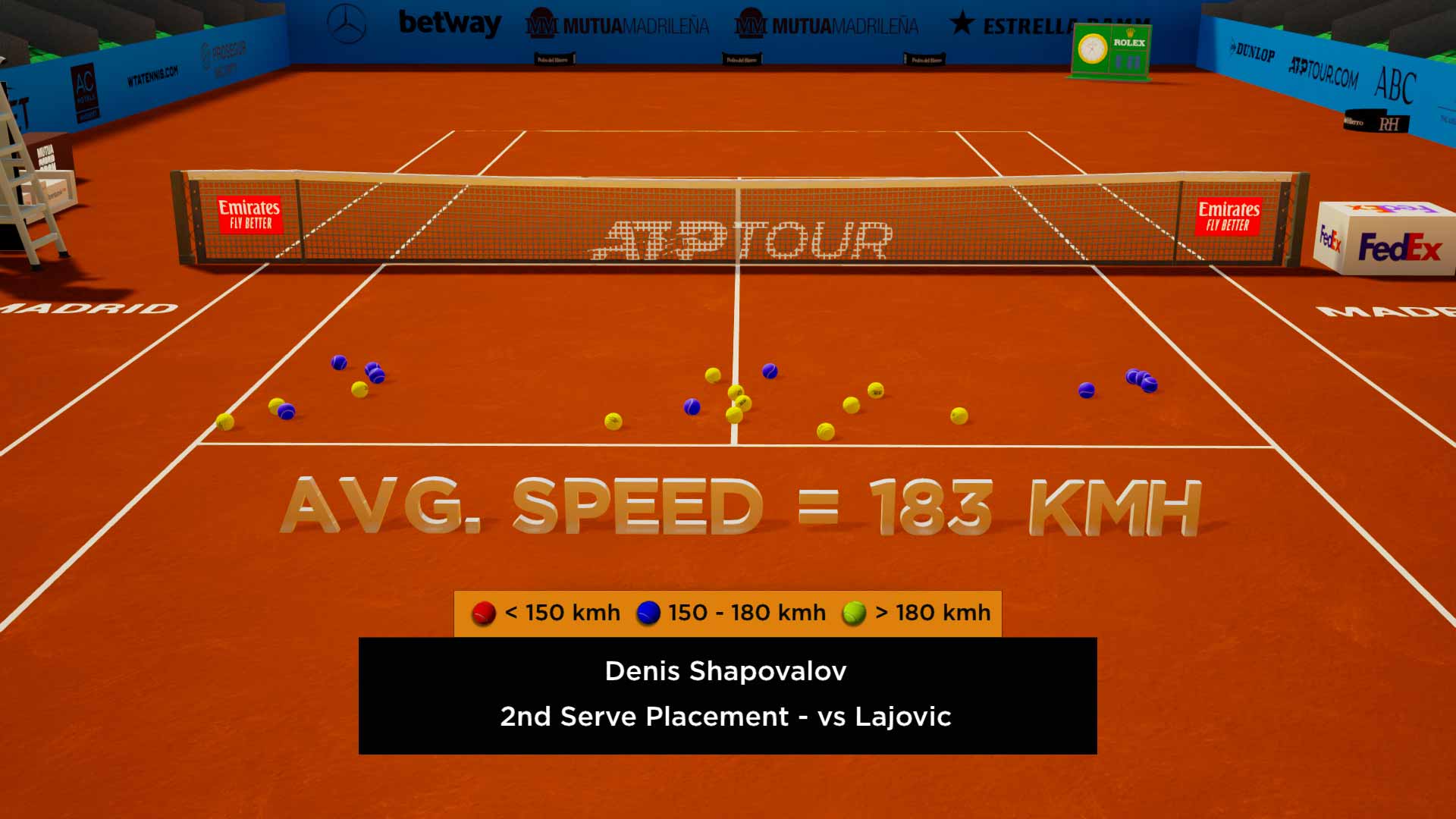 Graphic courtesy of Hawk-Eye Innovations/ATP Media
Shapovalov was the aggressor at the Caja Magica, going after his shots to the tune of 21 winners to just five for Lajovic. But the 22-year-old did not overplay, and he was able to advance after 63 minutes.

"Not much can change in the span of a couple of days, but Madrid is a place where I have had a lot of success, from back in juniors, making semis here in the Masters [1000 event] and finals of Davis Cup," Shapovalov said. "It's just a place where it kind of feels like home to me and I just feel so comfortable."

Shapovalov will next play unpredictable Kazakhstani Alexander Bublik, who battled past Hungarian Marton Fucsovics 7-6(5), 6-3. Fucsovics served for the first set and led the tie-break 5/2, but was unable to take advantage of that lead, and Bublik hit eight aces in the match.

The Kazakhstani defeated Shapovalov in three sets in their only previous ATP Head2Head clash last year in Marseille. This year's Singapore runner-up and Miami quarter-finalist is making his Madrid debut.

In other action, American Tommy Paul ousted home favourite Pedro Martinez 6-4, 7-5 after one hour and 34 minutes. The World No. 58 will next challenge sixth seed Andrey Rublev. The Russian has won their two previous meetings.