Lucky loser Frances Tiafoe made good on his second shot at the National Bank Open Presented by Rogers main draw as he stunned home favourite Denis Shapovalov 6-1, 6-4 on Wednesday evening.

The 23-year-old American was the top seed in qualifying in Toronto, but fell to Emil Ruusuvuori in straight sets. After receiving a lucky loser spot, the American has yet to drop a set with victories over Yoshihito Nishioka and World No. 10 Shapovalov en route to the third round.

You May Also Like: Lajovic Stuns Felix To Reach Toronto Third Round

Tiafoe came into the matchup trailing Shapovalov 1-4 in their ATP Head2Head, with Shapovalov winning their previous four encounters. But the American turned the tables on Stadium court, dominating throughout two sets with 14 winners to advance in 76 minutes.

“This is the sixth time we have played. It's not too crazy,” Tiafoe said. “I came with a much more relaxed approach the last couple times we played. You know, joking with him before the match. [I] was much more serious today. I really wanted to win. I definitely approached it in a different way… It was just my night tonight.”

Tiafoe did not face a break point against Shapovalov, the last Canadian standing of the four who started in the Toronto main draw. The 22-year-old Canadian struggled on serve in the windy conditions in the opening set, frequently catching his ball toss and allowing Tiafoe to take control of the points.

The No. 52 player in the FedEx ATP Rankings kept his opponent contained, not allowing him to hit a single winner in the first set. Tiafoe reeled off the last five games as he broke twice to take it 6-1.

He faced a bigger challenge in the second set as Shapovalov harnessed his home crowd’s support and willed himself to a higher level. He found all of his 13 winners in the second set, using his lefty strikes to pull Tiafoe out of position. But he was unable to create any break opportunities in either set, with Tiafoe winning 88 per cent (23/26) of points behind his first serve. 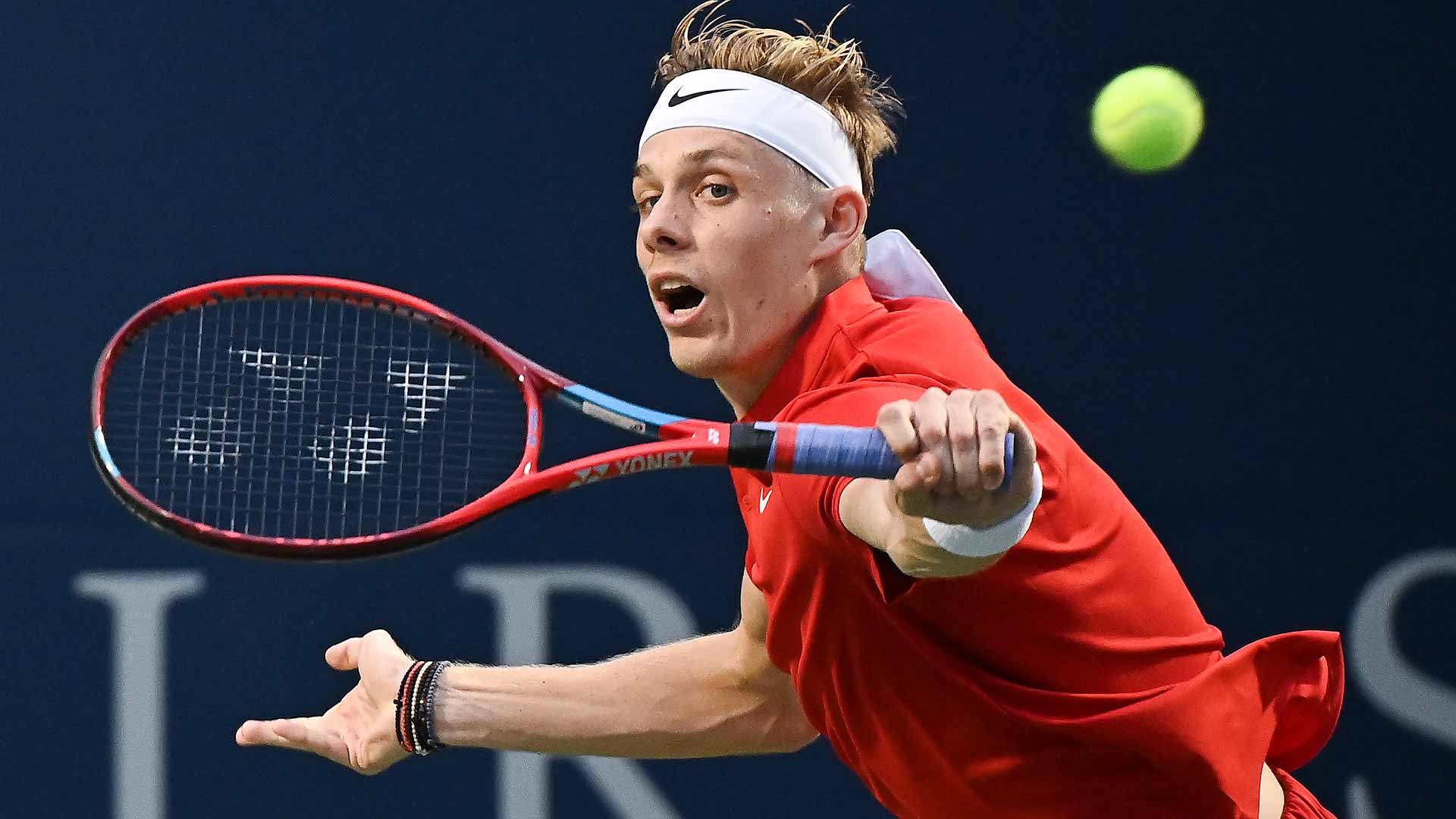 “It was very windy, especially early on. I thought it was going to favor me. Denis likes to swing big and really go for his shots. With conditions like that, [it] makes it a little tough,” Tiafoe said.

“He was definitely flustered with that. He was a little out of sorts. I definitely used it to my advantage. I was able to be solid, I was able to serve well, come to the net and kind of just make it super awkward for him.”

Tiafoe clinched his second Top 10 victory of the year to reach the third round in Toronto, where he will face 11th seed Gael Monfils. The Frenchman passed the second round at an event for the first time since the tour resumed a year ago, following a come-from-behind triumph against John Millman under the lights.

In a showdown between two supreme movers, Millman started the more assured before the Frenchman eked out a 3-6, 6-3, 6-4 victory. Having struggled to find his range in the opening set, the 11th seed upped his aggression and was working the Australian around as he drew level at the 66-minute mark.

Millman was under the pump on serve throughout the third set, surviving break points in his opening three service games to keep his nose in front, but the 32-year-old visibly appeared to be struggling as he clutched at his right ankle at the change of ends. He had committed only 14 unforced errors in the first two sets but had already hit as many in the first five games of the deciding set as he attempted to keep the points shorter. Monfils reeled off the last four games to advance after one hour and 54 minutes.

“It was a good battle. I was a little bit lucky at the end because I think he got injured, hurt himself… so he went even more for his shots so I just drained the energy from the crowd. I’m just very happy and very excited about this win," Monfils said in his on-court interview.

“It’s tough, you know. At the end it’s back to the old school, the Monfils defence. I was, I don’t know, maybe 10 metres out, grinding a little bit but sometimes I tried to go for my shots, go for the big serve.”