Tristan-Samuel Weissborn and Andreas Siljeström interacted with the local Chinese culture during the Shenzhen Challenger.

A Taste Of Chinese Culture At The Shenzhen Challenger

Players competing at this week’s ATP Challenger Tour event in Shenzhen stepped away from the court for a pair of off-site activities, sampling the local Chinese culture.

Sweden's Andreas Siljestrom and Austria's Tristan-Samuel Weissborn went hiking in nearby Dashanbei Park, where they put their artistic skills to the test. The duo took a break from their trek to paint in front of the famous Taihe Tower. The tower was built in the Ming dynasty, with the name “Taihe” referring to a high level of harmony, such as the harmony within oneself.

Later in the week, Marcel Granollers interacted with students at the local Gemdale International School. The Spaniard led a Q&A session, discussing his journey in professional tennis and providing advice for those interested in following in his footsteps. The game is an integral part of the school, with many students aspiring to turn pro. 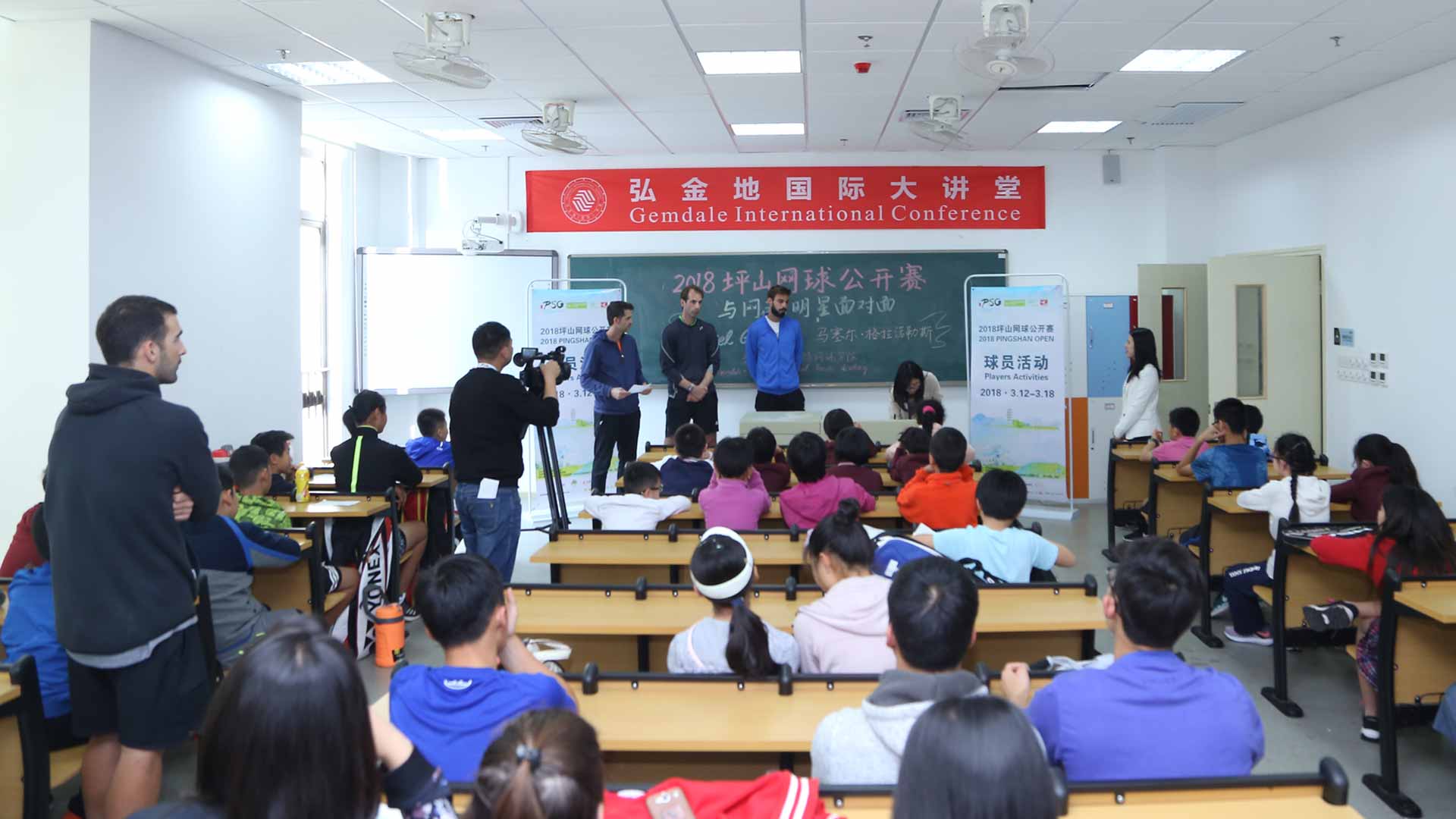 The Pingshan Open has a long tradition of encouraging players to experience the culture in the local community. Last year, players visited a Tsing Dynasty villa named Wanshi Habitat and tested their talents in a calligraphy classroom, learning to write Chinese characters.

You May Also Like: Players Sample Local Culture At Shenzhen Challenger

On the court, Ilya Ivashka celebrated his second Challenger crown, defeating home hope Ze Zhang. The Belarusian prevailed 6-4, 6-2 in Sunday's final, marking his ascent to a career-high No. 122 in the ATP Rankings. Ivashka recently scored the biggest result on the ATP World Tour in his young career, as the 24-year-old reached the semi-finals at the Open 13 in Marseille.