Jannik Sinner takes in the sights of Auckland Harbour before beginning his campaign at the ASB Classic.

Jannik Sinner spent part of his off-season getting his driver's license, but the reigning Next Gen ATP Finals champion handled a different type of vehicle on Saturday when he sailed the Auckland Harbour ahead of the ASB Classic.

”I think it’s beautiful in Auckland. It’s the first time for me here and the sea and the views are wonderful. Hopefully I can go far in the tournament,” Sinner said. “The opportunity to get out on the harbour and sail a bit is really cool. The boat is very big and it’s a special feeling to be out here.

”I just got my driving license a month ago and this is a little bit bigger. I usually prefer swimming pools over the sea, so it’s nice to be on the boat rather than in the water!” 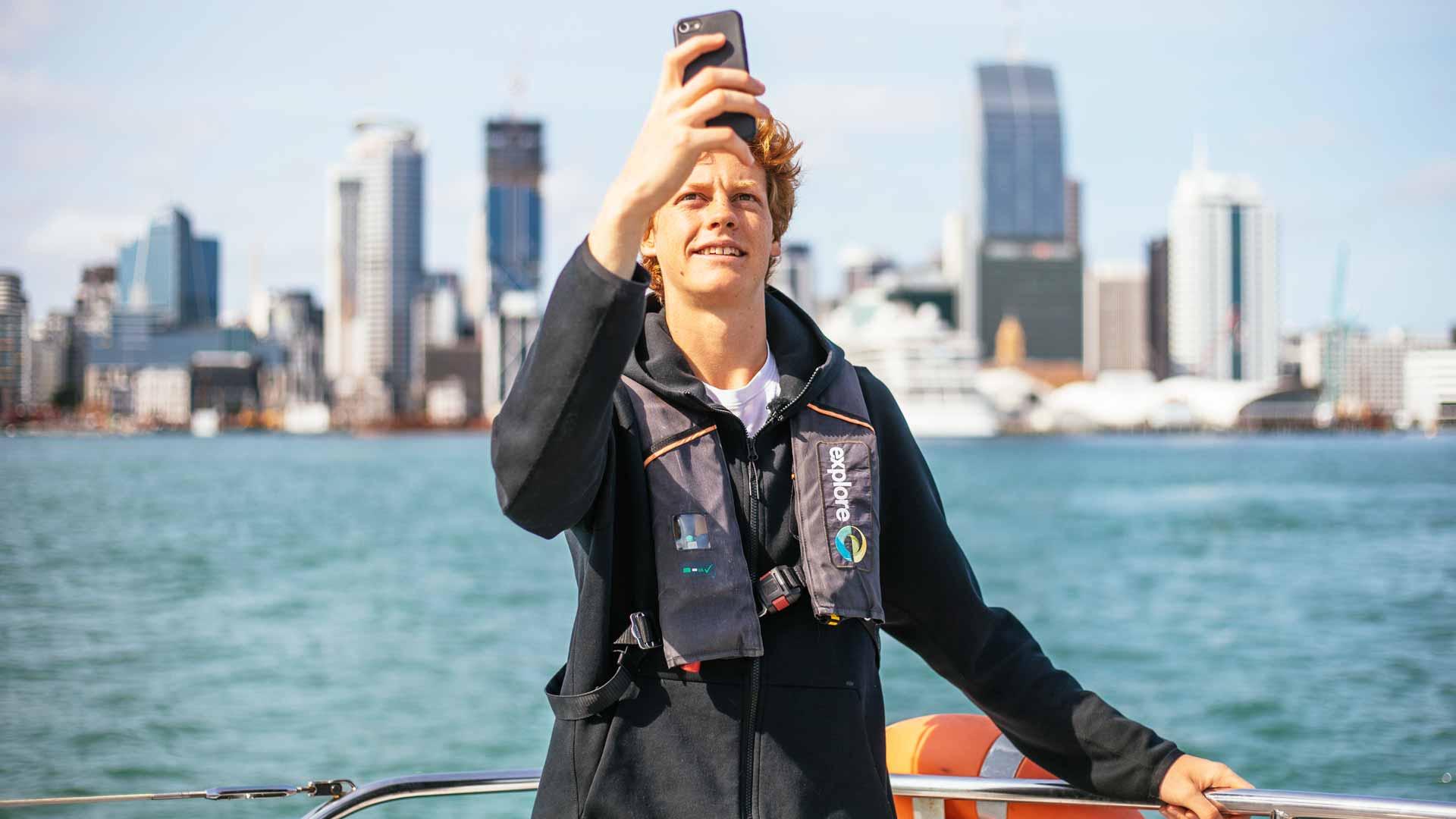 The 18-year-old Italian looks to build on his rapid rise last year that saw him climb more than 450 spots in the FedEx ATP Rankings to his current career-high standing of No. 78. His season highlights included prevailing in the year-end Next Gen ATP Finals in Milan (d. De Minaur), reaching his maiden tour-level semi-final in Antwerp and scoring his first ATP Masters 1000 win on home soil in Rome. Sinner also won three ATP Challenger Tour titles.

”Our first goal this year is to improve day after day. We improved a lot of things in my game, especially my serve," Sinner said. “The best week last year was, of course, Milan. It was a special week playing in front of the home crowd. I think I handled the increased pressure very well. I also look forward to traveling to new cities this season and having chances to see a bit more off the court."