#NextGenATP star Jannik Sinner celebrated his 20th birthday in style on Monday as he overcome Argentine Federico Delbonis 6-2, 7-5 on his tournament debut at the Western & Southern Open in Cincinnati.

The Italian, currently at a career-high No. 15 in the FedEx ATP Rankings, played aggressively against Delbonis and rallied after losing three straight games from 4-2 in the second set to advance in one hour and 38 minutes.

"For me the biggest present was playing in front of the crowd... and getting the win makes it perfect," Sinner said on Tennis Channel. "Winning is the cherry on top.

"Delbonis played well. He is a very tricky player, a lefty with a good serve. There are a couple of areas that I have to work on, but It was an important win for me." 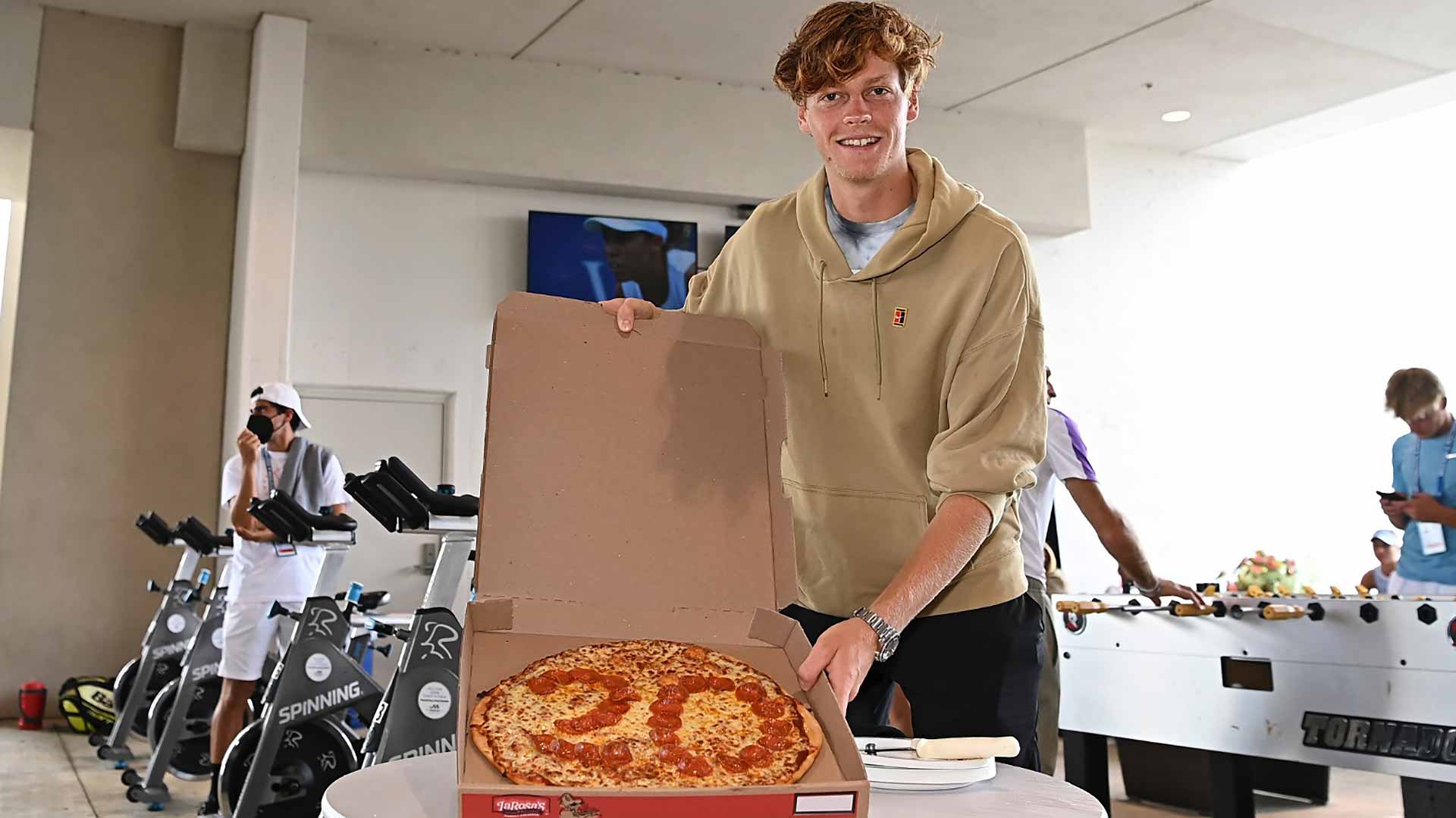 Sinner captured his second tour-level title of the season at the Citi Open in Washington earlier this month to become the youngest ATP 500 champion since the category was created in 2009.

The 2019 Next Gen ATP Finals titlist, who is in 10th place in the FedEx ATP Race To Turin, pushing to qualify with countryman Matteo Berrettini, was also victorious at the Great Ocean Road Open in Melbourne earlier this year. Sinner will next face either Toronto semi-finalist John Isner or Los Cabos champion Cameron Norrie in the second round.

In a lively start, Sinner fended off three break points, before quickly finding his range in his first meeting against Delbonis. The Italian struck the ball with consistent depth and was able to neutralise Delbonis' topspin lefty forehand by taking the ball early at shoulder height.

After Sinner sealed the first set when Delbonis found the net with a forehand, the Italian quickly broke at the start of the second set. However, Sinner lost three straight games from 4-2 to trail 4-5 as Delbonis started to step inside the baseline and target Sinner's backhand. The 20-year-old regained his focus though, breaking with a backhand winner before holding to seal his victory.

World No. 48 Delbonis, who was making his fourth appearance in Cincinnati, has enjoyed runs to the semi-finals in Hamburg, Belgrade and Santiago this season.

Fellow Italian Fabio Fognini also advanced with a 7-6(3), 6-3 victory over Nikoloz Basilashvili in one hour and 40 minutes to set up a second-round meeting with Guido Pella.

The World No. 36 recovered after failing to serve out the first set at 5-4, clinching the tie-break as he won 64 per cent (32/50) of his first serve points in the match.

Fognini is competing in Cincinnati for the eighth time, having made his debut in 2011, with his best result a run to the quarter-finals in 2014. This year, the 34-year-old has reached the last eight at the Rolex Monte-Carlo Masters and the fourth round at the Australian Open.
More stories like this in:
Premier Partner