Jannik Sinner made a dream start on his Roland Garros debut on Sunday by knocking out No. 11 seed David Goffin, the 2016 quarter-finalist, for a place in the second round.

“I never expected that,” said Sinner, when asked about the 11-game streak. “I was playing well from the beginning of the second set. I felt comfortable on court trying to go with the backhand a little bit more down the line and to open the court a little bit.” 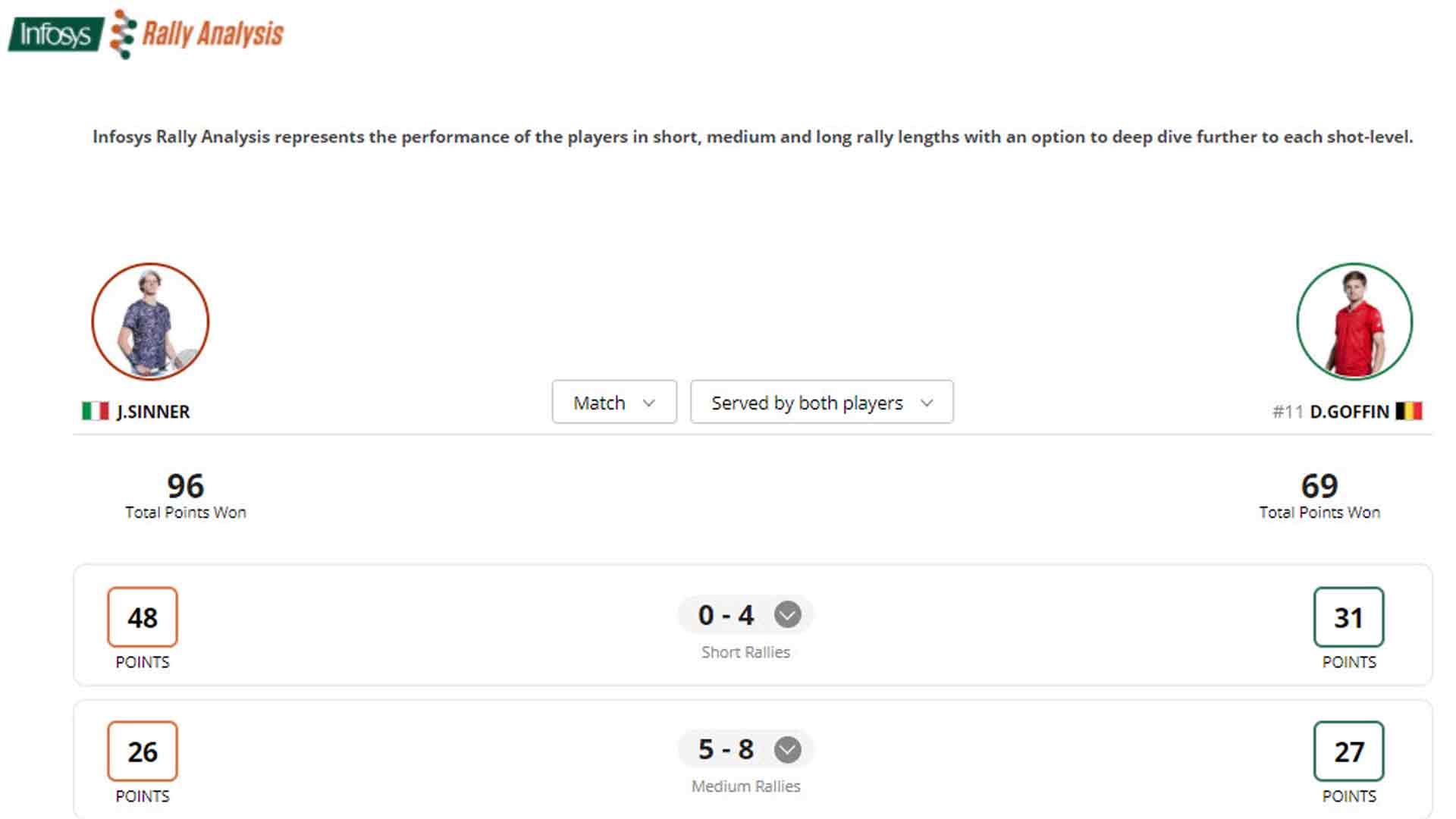 Played under a closed roof on the new Court Philippe-Chatrier, Sinner first broke for a 3-1 advantage, the first of four consecutive service breaks. Sinner broke for a third time in the 12th game, as Goffin committed his 23rd unforced error, to complete the competitive first set. The Belgian, who is currently No. 12 in the FedEx ATP Rankings, held serve three times to the end of the match, but Sinner was particularly strong on his forehand wing to complete his seventh win of 2020.

“Obviously, it's not easy playing against him,” said Sinner. “I know him quite well before, we practised together quite a lot in Cincinnati, the US Open, Monaco. He's a great guy. You go on court obviously to win. The first set was very tight, a lot of breaks of serve, and it was the key to manage to win the service games quite easily. In the beginning, that was not easy. He was returning well. I was not serving that well. But the balls here are very heavy. The court was heavy. It was not easy. But when you win the first set and go up a break, it's a little bit easier to play. I mean, he's a Top 15 player, so you always have to be focused. I tried to do that, and today it worked.

Goffin admitted, "Even if he played well today, it was not a good match, of course, on my side. It's tough to lose a match like that, but it's a great player. When I saw that I was playing against him first round, I knew it was going to be tough, especially in the first round when you have no rhythm. I didn't have a win on the clay."

Paire now challenges Federico Coria, who withstood 55 winners from lucky loser Jason Jung to win 7-5, 7-6(6), 7-6(3) in three hours and 19 minutes. Jung served for both the first set and second sets, and couldn’t convert two set point chances at 5-4 in the third set.