The 20-year-old claimed his maiden tour-level victory in April 2019, defeating Mate Valkusz in Budapest. Since then, he has captured the 2019 Intesa Sanpaolo Next Gen ATP Finals crown, five ATP Tour titles and cracked the Top 10.

It has been a remarkable rise for the World No. 12, who moved past de Minaur in 74 minutes on Arantxa Sanchez Stadium.

"I have gone my own way. I remember the first win and now I am here at 100 wins. I hope for more as I am working for that and I just love to play tennis," Sinner told ATPTour.com. "Every match you win is a great moment.

The 10th seed now leads the 23-year-old de Minaur 4-0 in their ATP Head2Head series and has improved to 20-5 on the season. He will next play Rotterdam champ Felix Auger-Aliassime or Chilean Cristian Garin.

Earlier this year, Sinner advanced to the quarter-finals at the Australian Open, Dubai, Miami and Monte Carlo.

In a battle between two 2021 Intesa Next Gen ATP Finals competitors, Lorenzo Musetti moved past Sebastian Korda 6-4, 6-3 to ensure it was a strong day for Italy.

The 20-year-old, who is making his debut in Madrid, broke the American five times to advance after one hour and 36 minutes. Musetti now leads Korda 2-1 in their ATP Head2Head series, having also defeated the 21-year-old en route to the semi-finals on clay in Lyon last year. 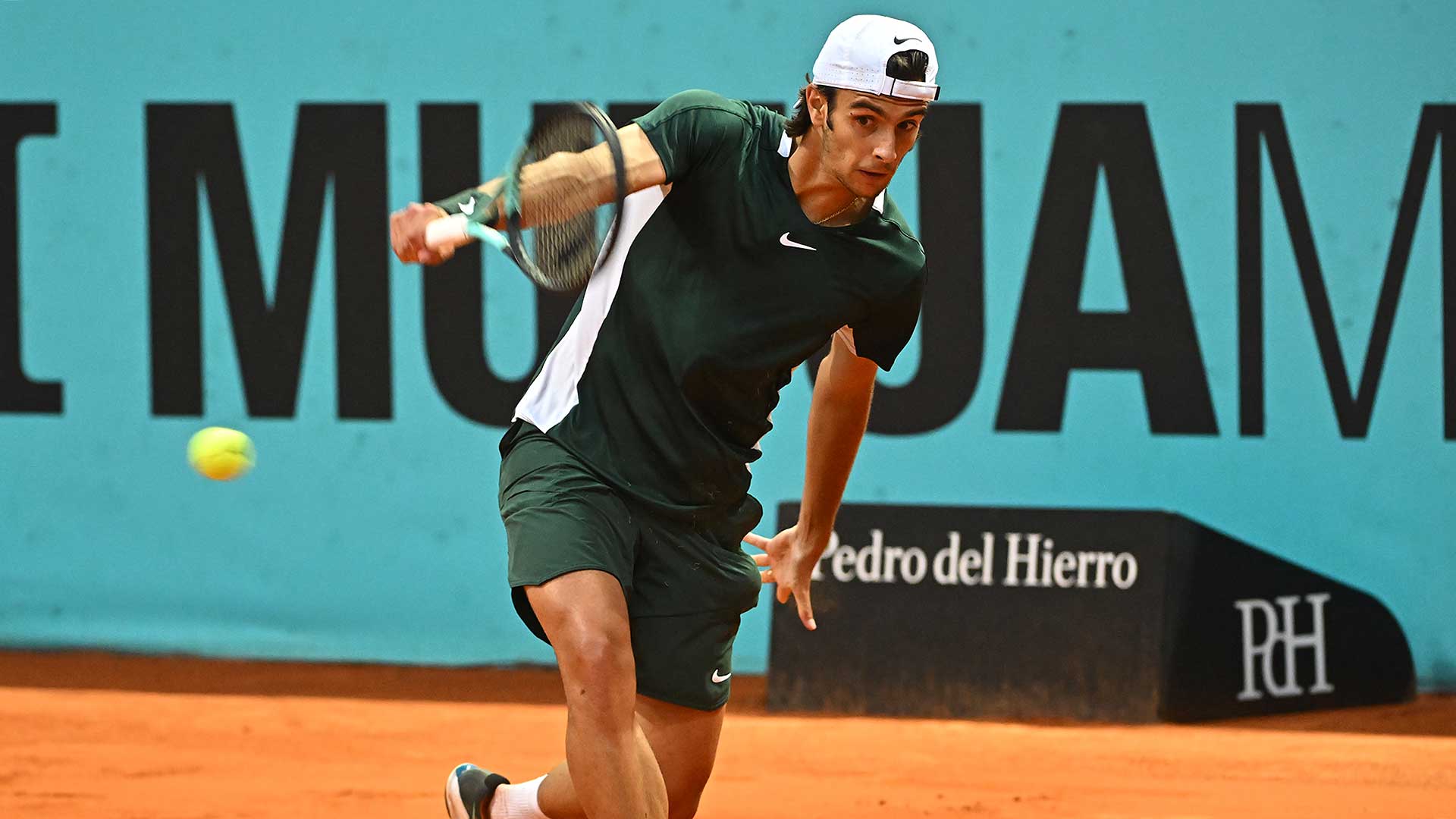 The qualifier will next meet World No. 3 Alexander Zverev, who is the reigning Madrid champion.

Musetti has improved to 8-3 on the season on clay after also reaching the last 16 at the Rolex Monte-Carlo Masters last month. The World No. 63 defeated Top 10 star Felix Auger-Aliassime in the second round in the Principality for the biggest win of his year by ATP Ranking.