Matteo Berrettini joins fellow Italian Jannik Sinner in the third round of the BNP Paribas Open.

Italy’s hopes of having two players in Turin for the Nitto ATP Finals were bolstered Sunday, with Matteo Berrettini and Jannik Sinner winning their opening-round matches at the BNP Paribas Open.

Berrettini, 25, had not won a match at Indian Wells before taking the court, losing in his two previous appearances. He is a two-time champion this year, winning the Serbia Open and the cinch Championships.

"It’s been a little bit of time to get the first win, but I’m so happy," said Berrettini. "I love the conditions here, the place, it’s amazing. It’s called Tennis Paradise and it feels like that.

"I didn’t know Alejandro that well. I knew that he was a tricky player. He played three matches here so he was feeling confident. He believed that he could win and I felt it, so it was even tougher to beat him."

Berrettini sits in sixth place in the FedEx ATP Race to Turin, while Sinner is 10th.

“It would be a really nice thing to end the year,” Berrettini said of qualifying for the Nitto ATP Finals. “I didn’t expect it when I started the year, but now I’m in a good position.

“I have been in London and I know how great it was, and I think having it in Italy would be great for me, for the crowd and for tennis in general. It would mean a lot to everybody, with Jannik as well. It is just showing that Italian tennis is really healthy, a lot of players are coming up and playing well.”

Elsewhere in the same section of the draw, 2012 finalist John Isner lost just four of his first service points — hitting 13 aces — in a 6-3, 6-4 victory over Yoshihito Nishioka in 70 minutes. Nishioka had beaten the American No. 20 seed over five sets in the Wimbledon first round earlier this year. 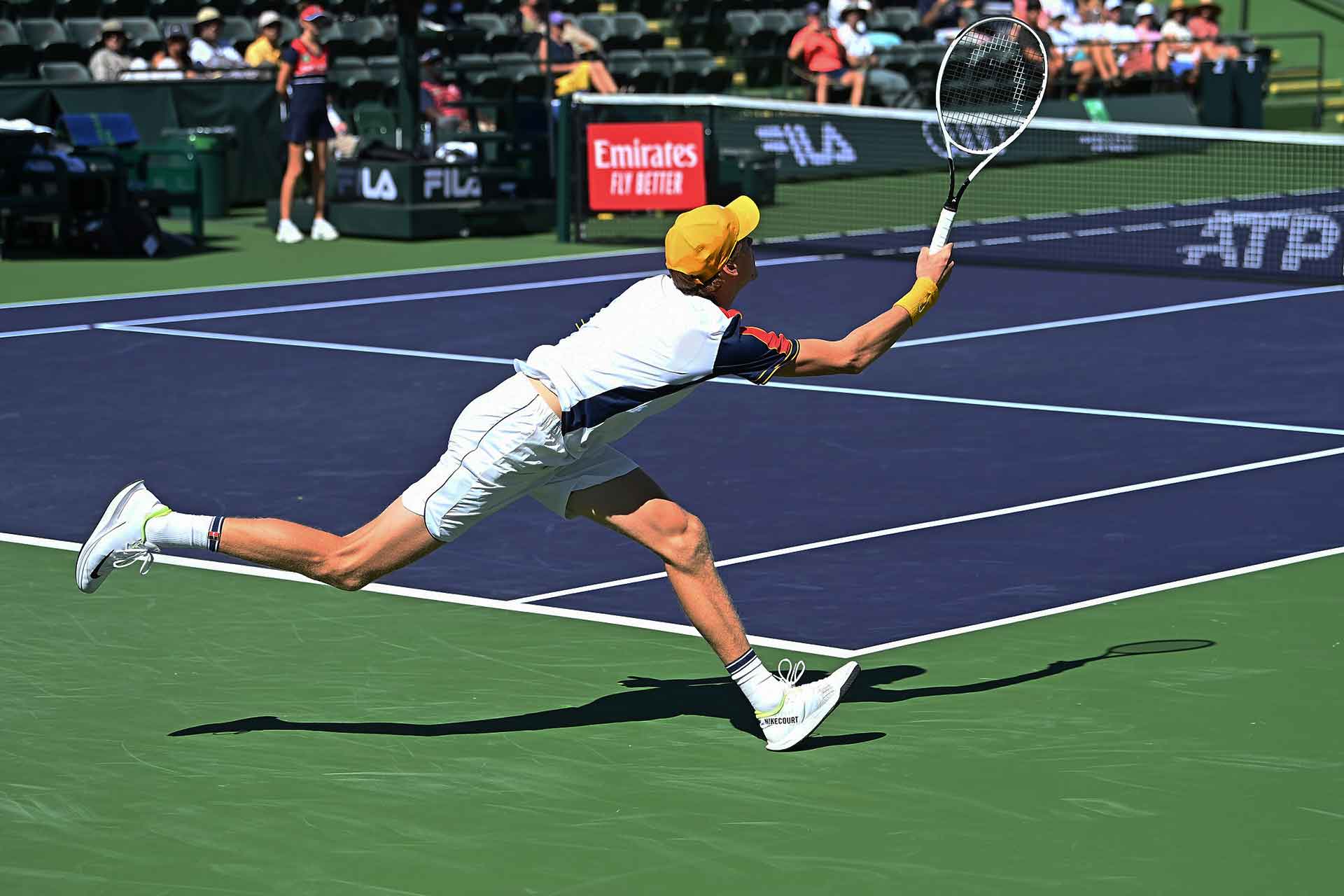 Sinner dictated proceedings against Millman in his first-career match at the BNP Paribas Open, breaking the Australian’s serve four times and not facing a break point. The 20-year-old Italian's serve was dominant, as he won 86 per cent (18/21) of first-serve points and 74 per cent (14/19) of second-serve points.

“Today, I played very well. I didn’t miss many shots and I felt great on court,” Sinner said in his on-court interview. “I had one week of practise here so it was quite long to prepare, which is very good.”

The year-end Nitto ATP Finals may be in reach, but Sinner is taking each match as it comes rather than thinking about Turin.

“I am not thinking about that goal at the moment, to be honest,” said Sinner. “I am just trying to be focused on every match that I play, every point that I play, and then we’ll see at the end of the year what is coming. I am just happy that I played my first-round match today in a good way.”

Up next for Sinner is 20th seed John Isner or Yoshihito Nishioka, while Berrettini will take on American Taylor Fritz, who defeated his countryman Brandon Nakashima Sunday.