ATP Staff
This article contains:
The quarter-final will have massive Race implications

Jannik Sinner and Casper Ruud have set a blockbuster quarter-final at the Erste Bank Open with massive implications for the FedEx ATP Race To Turin, following respective second-rounds wins Thursday at the ATP 500 tennis tournament in the Austrian capital.

If Sinner defeats Ruud, he will pass Hubert Hurkacz to hold the final qualifying spot for the Nitto ATP Finals and pull within 90 points of Ruud for seventh place. If the Norwegian wins, he will further solidify his standing as he pursues a maiden trip to the season finale.

"It's going to be tricky. He's in a better position than I am for the Race," Sinner said. "I think right now it's tough to say and tough to do because in the end you try always not to think about that, but in the end you think about that because you believe. You want to go there. If it's not this year, hopefully it's next year and if it's not next year, maybe I don't reach it. But I try my best in every match I play.

"It's going to be hopefully I high-level match, even if [there] is all the pressure and everything. But he's a very, very solid player. He's not making any mistakes from the baseline. His serve is much improved. But at the end I'm here because I love tennis."

Sinner advanced to the last eight with a 6-4, 6-2 victory against wild card Dennis Novak. The Italian saved all six break points he won to triumph after one hour and 16 minutes.

The 2019 Intesa Sanpaolo Next Gen ATP Finals champion has won 10 consecutive indoor matches — including titles in Sofia and Antwerp — and not lost a set in any of them. He has won both his matches in Vienna by identical 6-4, 6-2 margins. 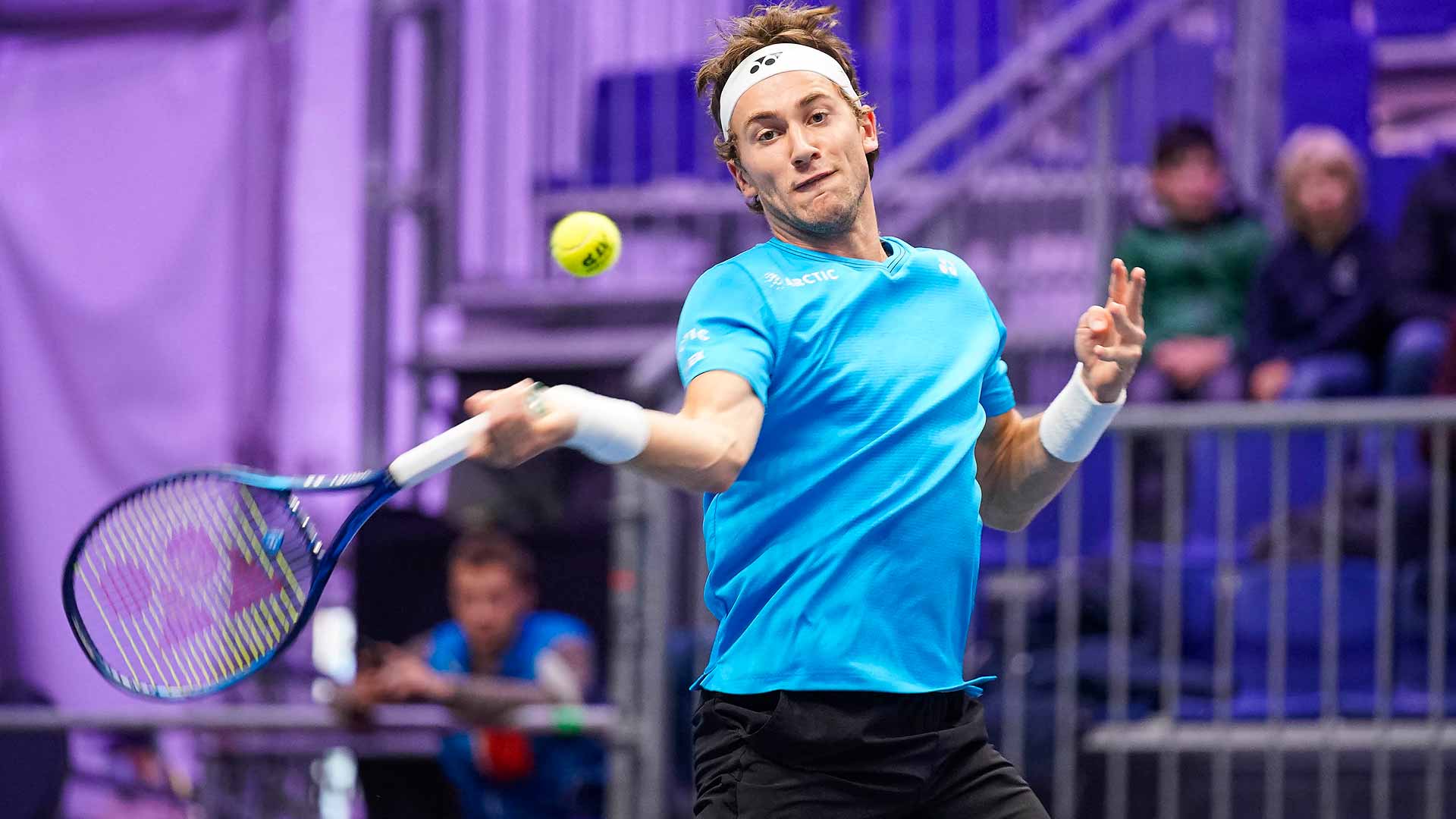 Photo Credit: Bildagentur Zolles
His next opponent, Ruud, had to battle hard to move past Italian Lorenzo Sonego 7-5, 4-6, 6-4 in two hours and 42 minutes. The 22-year-old, once known for his clay-court play, has improved on hard courts, lifting his first trophy on the surface in San Diego.

In the Norwegian's first appearance in Vienna last year, Ruud lost against Sinner. That was their only previous ATP Head2Head meeting.

"From last year, everything has changed from both sides because of [our] ranking, because of the experience," Sinner said. "I just hope that it's going to be a great match to be honest."