Jannik Sinner extended his winning streak to 10 matches on Sunday to capture his second ATP Tour title at the Great Ocean Road Open in Melbourne.

The fourth seed battled past fellow Italian Stefano Travaglia 7-6(4), 6-4 in two hours and nine minutes. Sinner, who is currently No. 36 in the FedEx ATP Rankings, captured his first ATP Tour title at the Sofia Open (d. Pospisil) in November 2020.

"There have been very great moments from last year, which obviously I take with me," said Sinner. "But this is not only about winning. Sometimes losing matches, important matches can help you maybe even more, especially when you are young.

"Obviously, the confidence is there. [My] second ATP title, and this one is a bit different. [It was a] tough week for every player, playing twice in one day [on Friday]. Yesterday, I had a tough match against Karen [Khachanov], so today I'm very happy about my performance.” 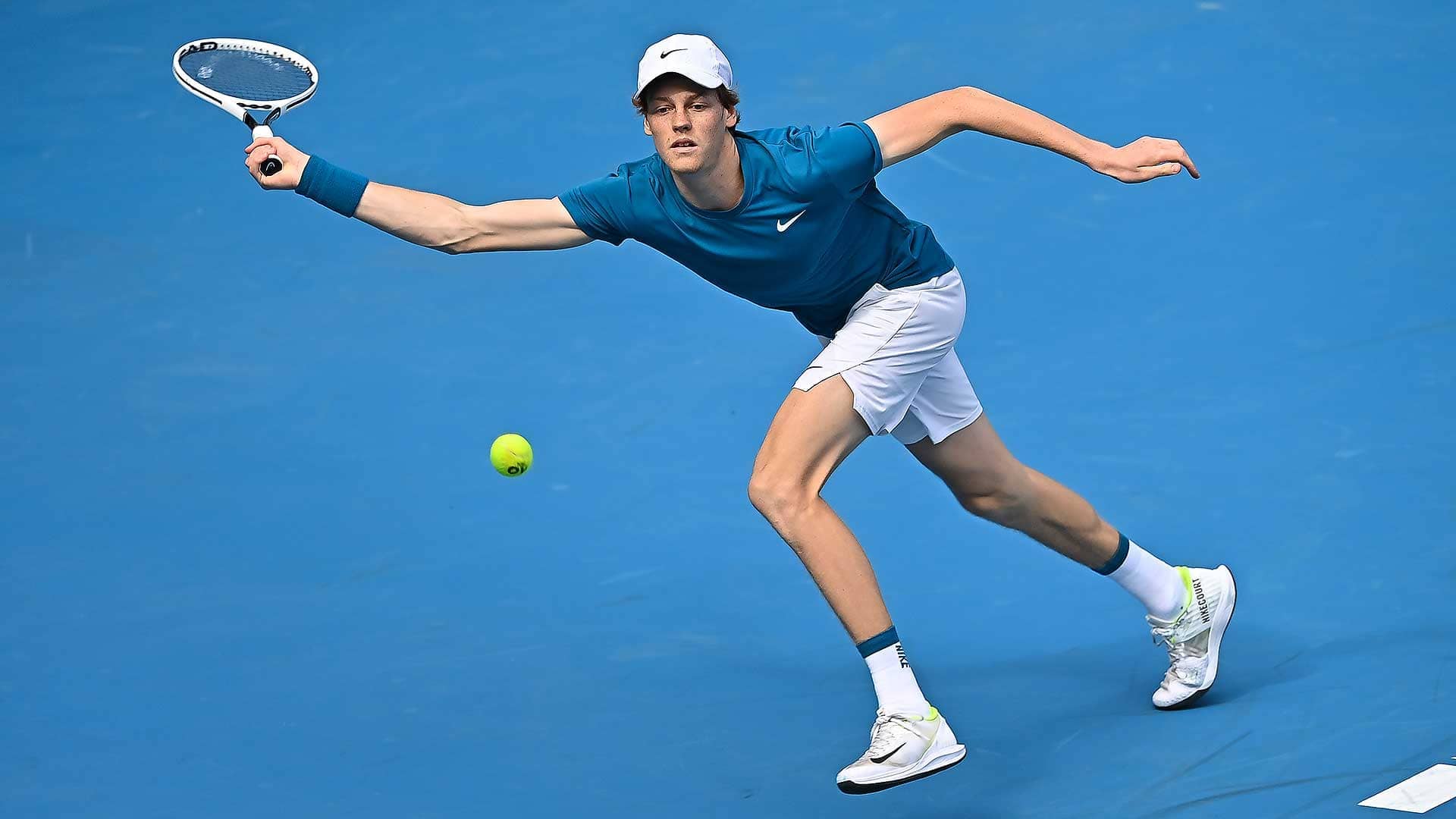 Sinner made a nervous start as Travaglia outhit the teenager, but the 2019 Next Gen ATP Finals champion recovered an early break. Travaglia’s error count sky-rocketed to 40 and the tie-break ended when the World No. 71 hit a backhand that caught the net tape and landed wide.

The second set was a gritty affair, with three consecutive service breaks. Sinner recovered from 0/40 at 2-1, but Travaglia levelled for 3-3 when Sinner struck a backhand wide. Sinner won the final three games of the match.

Sinner admitted to feeling tired in the second set, “[There was] a bit in tension, not in a perfect way,” he said. “I just tried to stay there, tried to play every point. I think, somehow, you have to find a solution, which I've done today, and for that I'm very proud.”

It was the first all-Italian ATP Tour final since 22 May 1988, when Massimiliano Narducci defeated Claudio Panatta 3-6, 6-1, 6-4 in Florence.

Travaglia was appearing in his first ATP Tour final, almost 10 years on from a freak accident in 2011, when he underwent surgery after suffering several arm injuries. He returned to the sport after a one-year hiatus.

“It was a really good week, so I'm really happy [with the] results,” said Travaglia. “Unfortunately, today I didn't play so well – maybe [because I was] tired, maybe tension for the first final. But I can take the positive things from this final, and tomorrow is another day”

Both players will compete at the Australian Open on Monday. Sinner will play Canadian No. 11 seed Denis Shapovalov in the first round, while Travaglia meets American Frances Tiafoe.

“I think we've made good preparations… and obviously tomorrow [we] start a new tournament, a new week [and] new feelings,” said Sinner. “It's a tough match for sure against Denis… It's going to be an interesting match.”