Jannik Sinner has climbed as high as No. 9 in the Pepperstone ATP Rankings.

Sinner: 'I Dont Want To Rush Myself'

Andrew Eichenholz
This article contains:
Italian reflects on his rise and the lessons he has learned

Jannik Sinner is one of the brightest young talents in recent memory. The Italian, who turned 21 last month, has already triumphed at the Intesa Sanpaolo Next Gen ATP Finals, competed in the Nitto ATP Finals, lifted six tour-level trophies and cracked the Top 10 of the Pepperstone ATP Rankings.

Do not tell him about his accomplishments, though. According to Sinner, this is just the beginning, which is a scary thought for his colleagues on the ATP Tour.

“I know already what I have in my game, so I try to stay confident with that, but also humble because at the end of the day I didn’t win basically nothing or for sure no important matches,” Sinner told ATPTour.com. “It’s all part of the process. I don’t want to rush myself, but I think I can be proud of what I am doing, so hopefully I keep this up.”

For Sinner, this is not about rushing to lift a particular trophy or defeating a particular opponent. From a young age, he has had lofty ambitions. On Wednesday, he will play Carlos Alcaraz in the US Open quarter-finals. But just three years ago, he was a qualifier who spoke to the media in a small cubicle inside the media centre at Flushing Meadows. 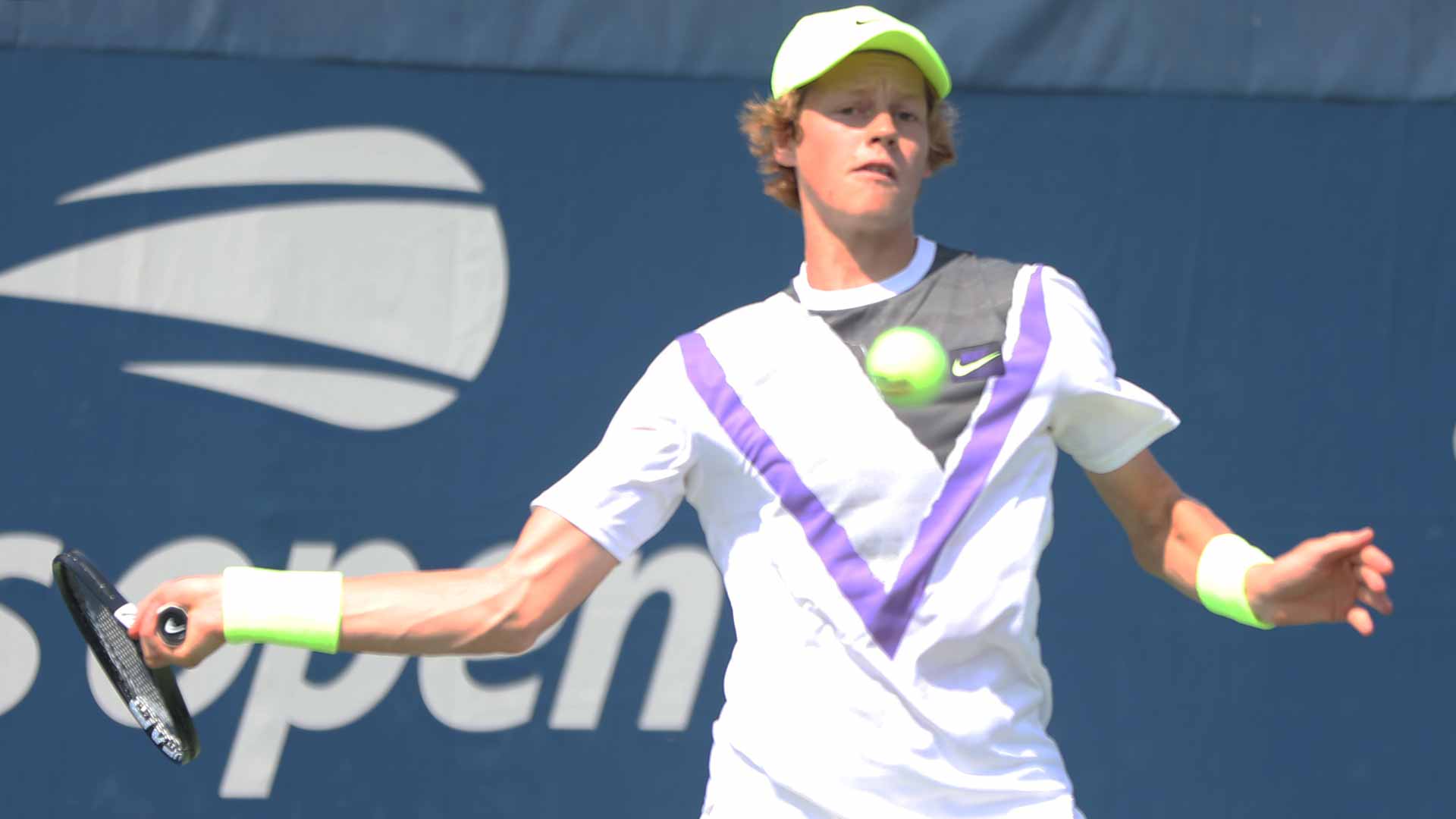 Sinner competing in US Open qualifying in 2019 aged 18.
That is not something Sinner has ever expected to happen overnight. In fact, he constantly speaks about the “long road” of his career and how there is always something to improve on. The San Candido-native often heads to the practice court after matches, even long, gruelling battles, in order to make even the smallest refinement to move closer to his ultimate potential.

That mentality stems from Sinner’s childhood.

Sinner’s father, Johann, is a chef at the Talschlusshutte restaurant in Sesto-Val-Fiscalina, right near the Austrian border in Italy’s northeast. His mother, Siglinde, was a server in the same restaurant.

The restaurant was about a 45-minute walk from Sinner’s home. He remembers making that trek to see his parents in action.

“I always liked to pick up my dad at the restaurant where he works,” Sinner said. “Then I can see a little bit how he cooks and how he works. It’s funny.”

Ironically, Sinner has made the analogy comparing his budding career to that of an aspiring chef’s. In 2020, he was outside the kitchen. Last year, he was peeling vegetables. The Italian has seen progress in 222.

“It’s for sure getting a little bit bigger,” Sinner said of the ‘salad’ that is his game. “I know that I can add something more, but if you have more, you also have more options, so it can be good, but sometimes it can also be a little bit tough because sometimes you have to choose from more ingredients.

“Sometimes you can get not distracted, but [you can feel] a little bit of chaos in your mind of what shot to play. That’s sometimes happened to me. But I think the salad is growing and that’s the most important.” 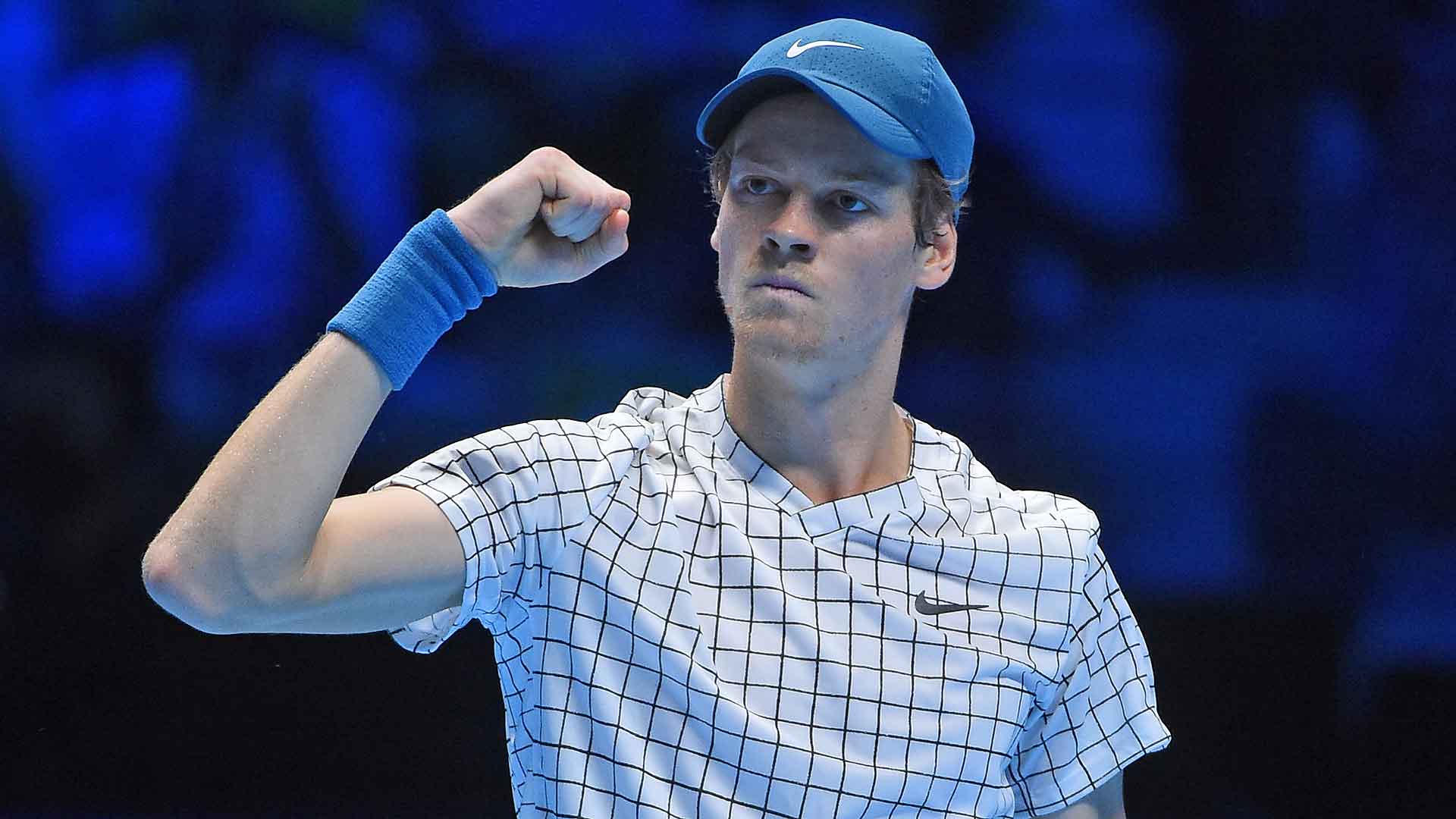 Sinner plays in front of his home fans in Turin in 2021.
Sinner has been unafraid of making whatever change he has deemed necessary to continue adding to that salad. In February, he announced the end of his longterm partnership with Riccardo Piatti, who is widely considered one of the best coaches in the sport. Sinner hired Italian Simone Vignozzi and more recently Darren Cahill, the former coach of Andre Agassi and Lleyton Hewitt.

“When you change everything, it is a little bit different. It’s another method how to work. It was something new. I was still getting used to it a little bit, but now I’m getting used to it,” Sinner said. “I know Darren good, I know Simone good and also Umberto and Jerome. It’s a good feeling because I know their personalities much better and they know me better and how I feel better every day. I think it’s good, but for sure in the beginning it was not easy.”

It took until July for Sinner to advance past the quarter-finals of a tournament. But he did far more in Umag, where he lifted the title with a dominant final two sets against Alcaraz in the championship match.

Sinner is currently 14th in the Pepperstone ATP Live Race To Turin as he tries to compete at the Nitto ATP Finals for the second year in a row, after replacing Matteo Berrettini as an alternate in 2021. A win against Alcaraz will send him soaring into ninth place.

“The year is still young. It’s still long. If I want to get there I have to play good from now on for sure. But I know that. I will try my best to do that,” Sinner said. “This year, it’s not one of the main goals. It’s more about trying to improve everything and then we’ll see how I evolve in the next couple of months.”

It has always been about the “process” for Sinner, and in three years that has taken him from unknown to star. Why stop now?

“I think it’s just [about] working hard and to believe. That’s the only thing I can say. Especially in the tough times… and maybe when you have a tough loss or [something], the day after you are going on court and practising. I think these are the kind of things that make sometimes the difference,” Sinner said. “I go on court because I like to play tennis. It’s not because I have to play. I go because I really love to play tennis.”