Sock Closes In On Top 100 Return With Savannah Title: "Playing Challengers Is A Great Step"

It was exactly eight years ago that Nick Kyrgios battled Jack Sock for the title at the Savannah Challenger. A pair of future Top 20 stars grabbed the spotlight on the green clay of the Franklin Creek Tennis Center, dueling for nearly two hours under the searing Savannah sun. In the end, it was Kyrgios who prevailed in three tight sets, denying Sock his first Challenger clay-court crown.

Eight years later, the American would have his shot at redemption. He did not disappoint. Sock continued his quest to return to the Top 100 of the ATP Rankings, blasting to the Savannah title on Sunday afternoon. After rising to a career-high No. 8 in 2017, the man with the ferocious forehand and lightning-fast hands is on the road back.

Back-to-back straight-set victories over countrymen Bjorn Fratangelo and Christian Harrison saw Sock find his way to the winners' circle in Savannah. He defeated Harrison 6-4, 6-1 in Sunday's championship, earning his first title of the year and fourth overall at the Challenger level. Moreover, it was his first crown on clay since prevailing at the ATP Tour event in Houston in 2015.

At the age of 29, Sock is on the rise after years of fighting to rediscover his elite form. It was nearly one year ago that he triumphed in Little Rock, en route to a return to the Top 200 in the ATP Rankings, and he is now on the cusp of the Top 100, soaring to No. 123 with his latest title. 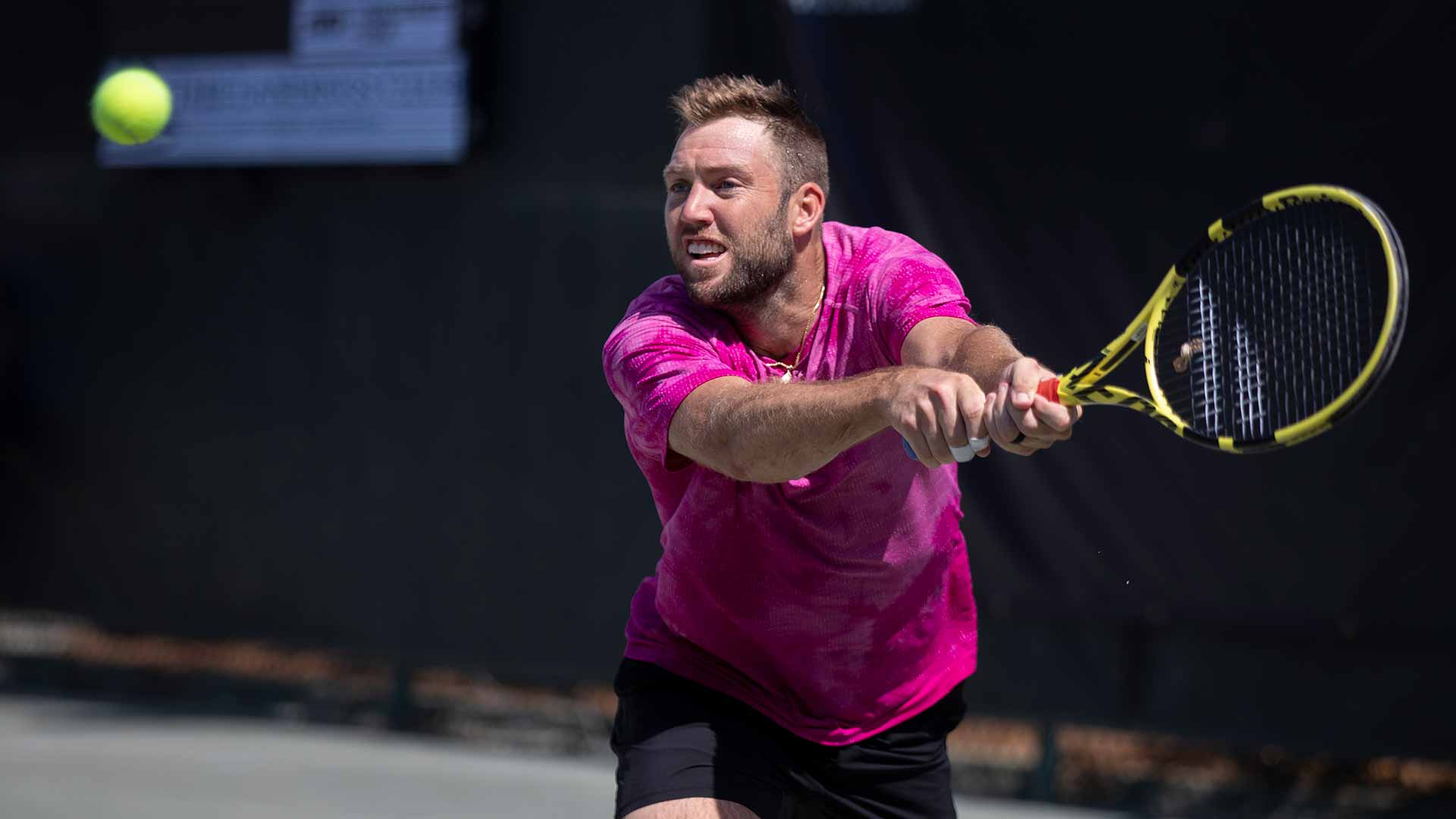 Sock spoke with broadcaster Mike Cation after prevailing in Savannah...

The 2014 final was such a battle against Nick Kyrgios. You were up big and he came back and won. A lot has changed since then for you, but tell me what this win means to you.
When you're younger you take a lot of stuff for granted. Not necessarily in a negative way, but when you're starting on the Challenger Tour, things just happen so fast. You don't have the time to sit back and reflect. You're bouncing from one tournament to the next. Now, things are a lot different for me. I have a wife, my family, Robby [Ginepri] and my team are around me. I'm able to calm down and soak in a lot of moments on court, compared to where I was even two years ago when I wasn't sure I would keep playing.

Everyone here is good at tennis and you have to get through a whole draw, which is never easy. I don't care if you're playing singles or doubles, to get through a tournament always feels great. Of course, my goal at this point in my career is to not be playing Challengers, but this is a great step. You're playing these to win them and advance to the next stage [on the ATP Tour]. It's a positive step in the right direction and I take it day-by-day and keep going.

How did these courts make your forehand even more of a weapon this week? It really seemed to give you an advantage here.
With the green clay you can get a few more funky bounces than the red stuff in Europe, which can actually work to my advantage with a little more spin. That's why I love clay, as it suits my game so much. I move very well on it. My forehand does really well on it too and the kick serve is very useful here. I used that a ton this week. It helps me a good amount.

You mentioned in the trophy ceremony that you're now working with Robby Ginepri. What does he bring to your game?
It's not rocket science necessarily. Especially at this point in my career. I'm almost 30 years old. Everyone here knows how to play tennis. But there are still little intricacies and things to work on, either pre-tournament or during the tournament. To his eyes, he might see something a little different. Obviously, Alex [Bogomolov, Jr.] brought me back from nothing and helped me get my ranking back up. With Robby, he's known me for so long and we had a good start together from week one. He's got a good eye for my game, has seen me play for a long time and has a vision for how I can win matches. I think that will be a big help as well.

It's not easy to keep your focus at this level, especially when you've accomplished as much as you have. How have you been able to do that, and looking forward, how can you continue doing that in the months ahead?
It's all about keeping the right perspective, honestly. These tournaments are super exciting when you're young and just turned pro. Playing in Challengers feels awesome and you're out here trying to work your way to the ATP Tour. And then you get there and you're doing well for a bunch of years, as I was, but to come back to Challengers is a bit different.

I know what it takes and I know what it looks like to get back there. For me, I honestly don't care if it's a Challenger, a Masters 1000 or a Slam, I feel like if I can get through the first round or two, my level always rises. It always has.