The officiating team at the Sofia Open.

ATP Staff
This article contains:
For the first time in history, an all-female chair umpire team was assigned to an ATP Tour event

History has been made this week at the Sofia Open.

For the first time, an all-female chair umpire team was assigned to an ATP Tour event. In addition, the ATP supervisor, tournament director, referee and chief of umpires in Sofia are also female. Tournament Director Kay Godkhindi explained why it is an exciting aspect of the event.

“To be honest we didn’t realise as it all happened organically for us. The tournament team was built with people who just love what they do,” Godkhindi said. “I’ve been involved with organising both men’s and women’s events and while they both have their special requirements, at the end of the day it’s the same thing — making sure to keep all the balls in the air, ensuring everyone is happy and that we continue to strive and deliver the best tournament.

“We are a small part of a greater movement that your gender doesn’t define your capabilities, but it’s great to have equal opportunity in both the ATP and the WTA and empowering women whenever possible is always a step in the right direction. It’s fantastic that the ATP are championing this by hiring ATP supervisors and chair umpires.” 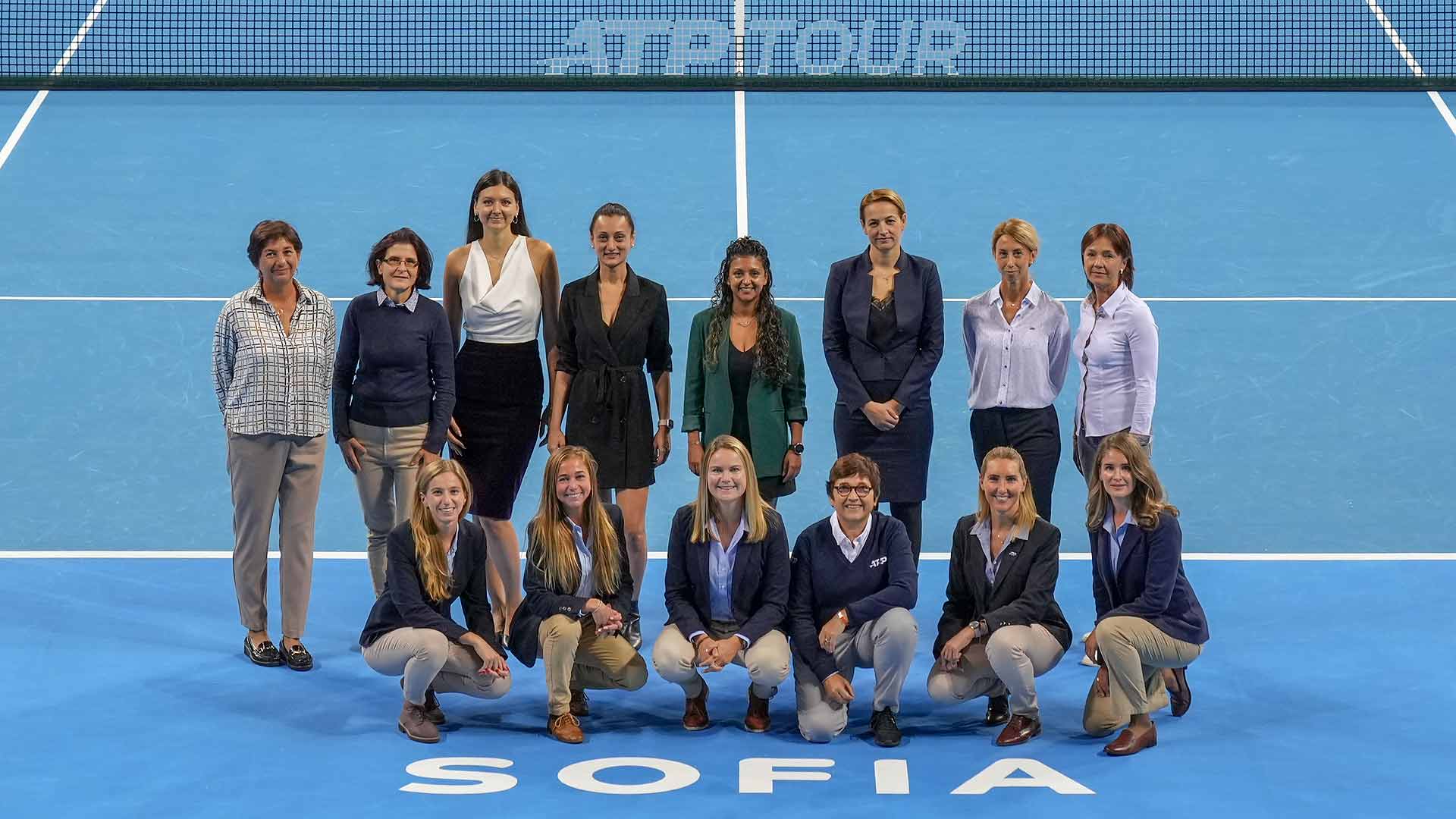 One of those officials is Anne Lasserre, who is the ATP Supervisor for the ATP 250 in Sofia. Lasserre is the first female to serve in the particular role.

“I think it’s an honour as well to be the first female. I worked as a chair umpire for the ATP a long time ago,” Lasserre said. “I think things and the situation are evolving, which I think is a good thing. It’s an honour, I’m proud of it…

"It’s good to think about the future and being able to break this glass ceiling and give this opportunity to other females to do the same job like we do in every sport.”

One of the chair umpires in Sofia, Aurelie Tourte, added that it is “a great feeling” to have a tournament led by female officials.

“I think it’s a great idea from the ATP. It just shows that gender doesn’t matter at the end of the day," Tourte said. "If you are a female or a male, what matters is you are a good official, a chair umpire, and that is what we are trying to show this week. On another hand, I would say that it feels even better when this will be unnoticed, that at some point it will be common to have females in the ATP tournaments.”

Tourte became the first full-time chair umpire employed by the ATP in 2019. She feels an event with a female officiating team is important not just for the officials involved, but future generations.

“I think it’s good for the young officials to find motivation, to see that it’s possible,” Tourte said. “If you go back a few years, you would not see any female chair umpires on the ATP Tour. Now you see more and more, so as a young official when you watch TV and you see a female in the chair, you might feel, ‘Well, I could be there, I could make it.’”

For the first time in ATP history, all four of Thursday’s centre court matches were officiated by female umpires, while officiating for the remainder of the event from quarterfinals onwards will be overseen exclusively by female umpires.

ATP Senior Director of Officiating Administration Ali Nili said: “The ATP Officiating Department prioritises high performance and a diverse officiating team. The tournament in Sofia is an example of our successful efforts in that direction. While the road to progress is long, we are proud of the direction we are heading and the future seems bright.”