ATP Staff
This article contains:
Ivashka to play Sonego next

In his only previous Sofia Open appearance five years ago, Grigor Dimitrov thrilled his home fans by lifting the trophy for the loss of just one set. Ilya Ivashka would not allow the Bulgarian to experience that joy again this year.

The 28-year-old upset the third seed 6-3, 7-6(3) to reach the quarter-finals in Sofia. Ivashka saved all seven break points he faced to triumph after one hour and 52 minutes.

"It was a very tough match and I'm very happy that I got the victory at the end," Ivashka said in his on-court interview. "It is very hard to play against Grigor, especially here at his home."

The fans tried to urge their home hero into a deciding set, chanting "Grigor! Grigor! Grigor!" after nearly every point he won. But Ivashka held his nerve in the critical moments to move into the last eight.

"I think [holding my nerves] was the key of the match, because the tension was high," Ivashka said. "Obviously all the fans were supporting him, so it was tough mentally, but I managed well." 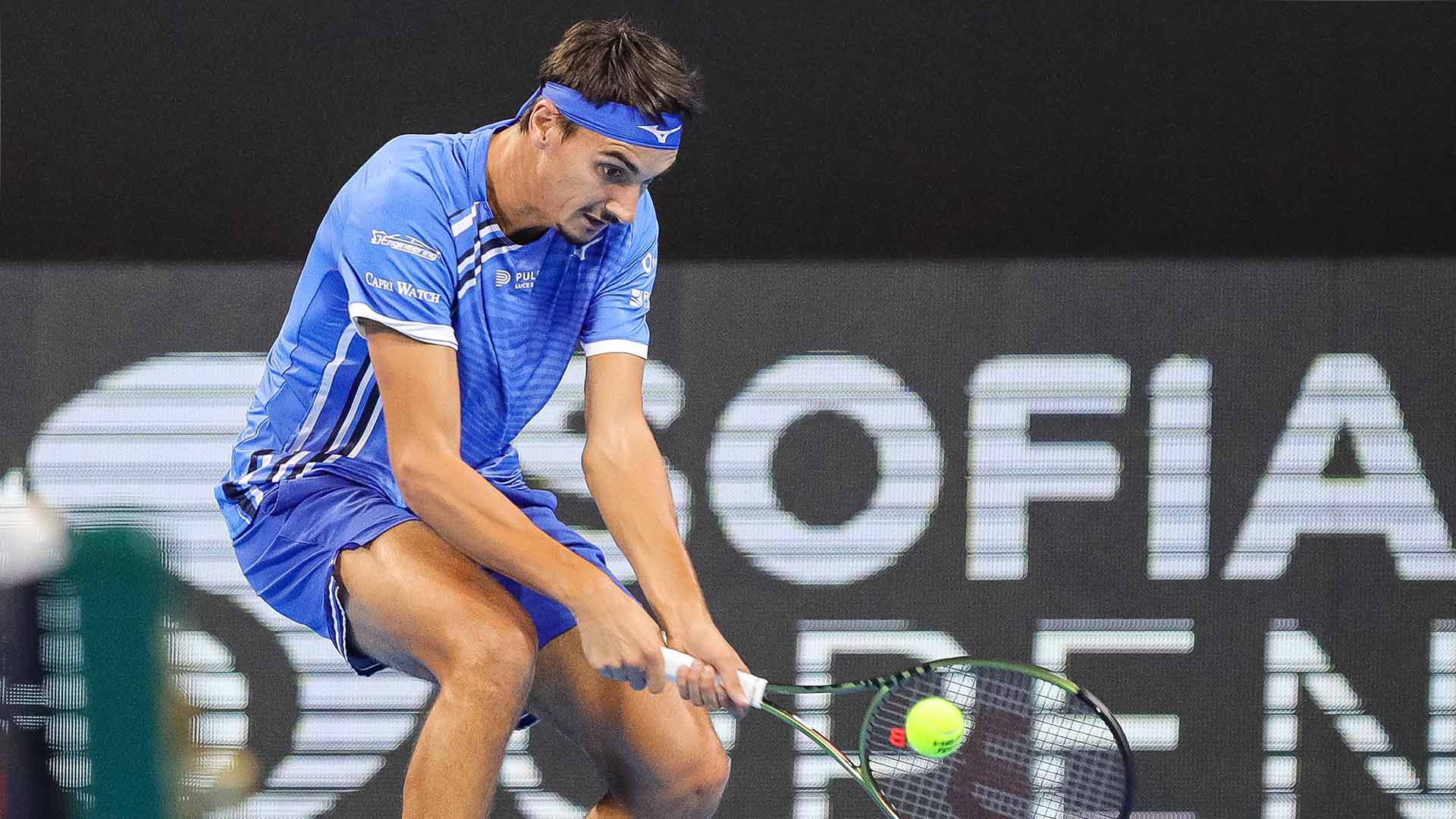 Photo Credit: Ivo Pinev/LAP.bg
Lorenzo Sonego sent an early statement to the rest of the field earlier in the day when he raced to his sixth consecutive straight-sets victory with a 6-3, 6-4 win against Bernabe Zapata Miralles at the indoor ATP 250 event.

Having charged to his third ATP Tour title last week without dropping a set in Metz, Sonego backed up that run with a stunning first-round serving performance against Zapata Miralles in Bulgaria. The Italian won 86 per cent (32/37) of points behind his first delivery en route to a 79-minute victory that set an intriguing second-round matchup against fifth seed Holger Rune.

“I am really happy because today I was really aggressive on court,” said Sonego, who was making his main-draw debut in Sofia. “I played so well. I did my best thing today, I am really happy for that.”

The World No. 45 Sonego has so far brought his best level to the indoor hard-court season. Despite the challenge of taking on the ever-resilient Zapata Miralles, the 27-year-old broke the Spaniard once in each set to improve his season record to 24-24.

“Zapata is a wall, a big wall,” said Sonego, who now leads the World No. 78 2-0 in the pair’s ATP Head2Head series. “He served really good, [but] I started so good today, with good variation. The key I think was [my performance] on serve, and to be aggressive on return.”

Marc-Andrea Huesler and Fernando Verdasco were also straight-sets winners on Wednesday. The Swiss World No. 95 Huesler downed French qualifier Geoffrey Blancaneaux 6-4, 6-4 to set a meeting with second seed Pablo Carreno Busta, while former World No. 7 Verdasco took out sixth seed Nikoloz Basilashvili 7-6(1), 7-5. The Spanish lefty, a seven-time tour-level titlist, will face Aleksandar Vukic in the second round as he bids for his third ATP Tour quarter-final appearance of the year.

Jan-Lennard Struff’s powerful serving helped the former World No. 29 complete a 4-6, 6-3, 6-2 comeback win against Dusan Lajovic. The German won 90 per cent (43/48) of points behind his first serve against Lajovic on the way to extending his ATP Head2Head series lead against the Serbian to 3-0. Struff next faces fellow qualifier Ugo Humbert, with both players chasing their maiden tour-level quarter-final of 2022.