The Movistar Open by Cachantun celebrates its third edition on the ATP Challenger Tour.

Spotlight On South America On The ATP Challenger Tour

The months of October and November are an important time of year for any tennis player, with a mad dash to secure year-end spots in the Emirates ATP Rankings. The quest to qualify for the Nitto ATP Finals kicks into high gear for those on the ATP World Tour, while players on the ATP Challenger Tour jockey for position in the Top 100 and beyond.

But the final two months are significant for another reason on the Challenger circuit. It marks a vital stretch for tournaments in South America. The ATP Challenger Tour's version of the 'Golden Swing' features clay-court events throughout the continent, weaving through Argentina, Colombia, Peru, Ecuador, Uruguay, Chile and next week's finale in Rio de Janeiro, Brazil.

Sports are an integral element of Latin American culture and the annual swing is a celebration of tennis in the region. Nicolas Kicker gave the home fans plenty to cheer about in Buenos Aires, while a dominant Gerald Melzer went back-to-back in Lima and Guayaquil, and it was nonstop party in Montevideo as native son Pablo Cuevas lifted his third trophy at the Uruguay Open.

"It's incredible to have a tournament of this magnitude in Uruguay," Cuevas said during last week's event in his home capital. "Challengers are important and this one gets better every year. It's important to bring tennis to this country and it's the only time of year we can have a professional tournament like this. It's a special week." 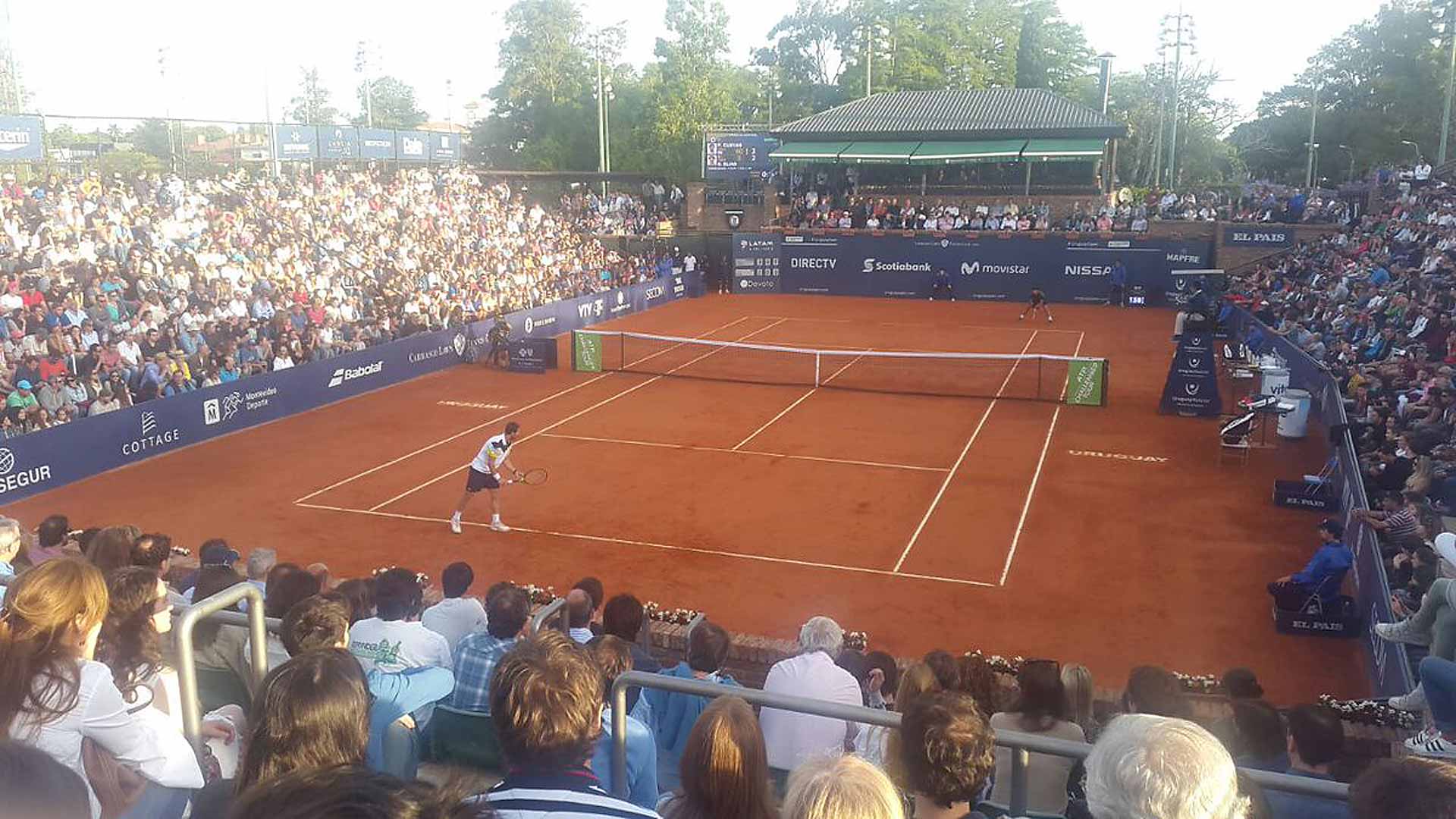 With on-site entertainment and dining and a vibrant social scene, tournaments in South America are notorious for providing fans with a world-class experience. Montevideo and Santiago are no exceptions.

This week, the focus turned to Chile, where the Movistar Open by Cachantun is in its third edition. Since the ATP World Tour event in Vina del Mar ended in 2014, the Challenger stop in Santiago has been the crown jewel of Chilean tennis. It has been a celebration all week, with legends Fernando Gonzalez and Nicolas Massu visiting the $50,000 event.

"Having a full stadium shows that the people here like tennis, and its nice for the Chilean players to be able to play close to family and friends," said former World No. 9 Massu. "For Nicolas Jarry, to have the chance to get into the Top 100 at the tournament is also amazing."

🇨🇱 legends @elfergonzalez and @massunico join players at the official tournament bbq in Santiago on Wednesday.

Held at the Club de Polo San Cristobal, the clay-court event is one of the premier Challengers on South American soil. Located on the southern edge of the Andes Mountains, the event's hospitality is just as impressive as the stunning peaks that blanket the region. It provides players and fans with a jaw-dropping setting for a tournament. Founded in 1947, the historic club is now home to 20 tennis courts.

The week in Santiago culminated with Jarry claiming his third ATP Challenger Tour title of the year and first on home soil. He will break into the Top 100 of the Emirates ATP Rankings for the first time on Monday. It was an extra special victory for the 22-year-old, who was born and raised in Santiago. His cousin Catalina Fillol, daughter of former World No. 14 Jaime Fillol Sr., is the tournament director.

"Chile has a history of great tennis, finals in Davis Cup, former Top 10 players, a World No. 1 in Marcelo Rios and Olympic medals," Catalina said. "Now we see a new generation that is giving the Chileans hope. Nicolas Jarry, Cristian Garin and Gonzalo Lama have improved immensely this year and we hope to see them soon in the Top 100.

"As a tournament, we contribute to the development of tennis in Chile by giving the players opportunity to play at home and by allowing the fans to see their talent in person. The Movistar Open by Cachantun strives to maintain the history and culture of the sport. We are proud to organise such a high level event and we hope to continue growing."