Stebe On Injury Comeback: 'I Felt Like Someone Has A Voodoo Doll Of Myself'

Andrew Eichenholz
This article contains:
German is into the Gstaad final, his first on the ATP Tour

Cedrik-Marcel Stebe is only 28, yet he has been through more injuries over the past six years than most people would like to in a lifetime. Nevertheless, the German has persevered. Despite entering the J. Safra Sarasin Swiss Open Gstaad without a tour-level match win since September 2017, Stebe has battled through three consecutive three-setters to reach his first ATP Tour final.

“It’s unreal, to be honest. I just came here trying to win one match, maybe,” Stebe told ATPTour.com. “I’d never think I would get this far in this tournament, especially in altitude.”

Stebe showed promise at a young age, reaching a career-high ATP Ranking of No. 71 in February 2012. But he’d miss the end of 2013, all of 2014, and almost the entirety of 2015 due to injury. At the time, the German wondered if he would ever play professional tennis again.

But Stebe never stopped believing, grinding away until he reentered the Top 100 in September 2017 after qualifying for that year’s US Open and winning a round in the main draw. The lefty earned three ATP Challenger Tour titles that year, ascending as high as No. 76. But again, the injury bug struck in early 2018. 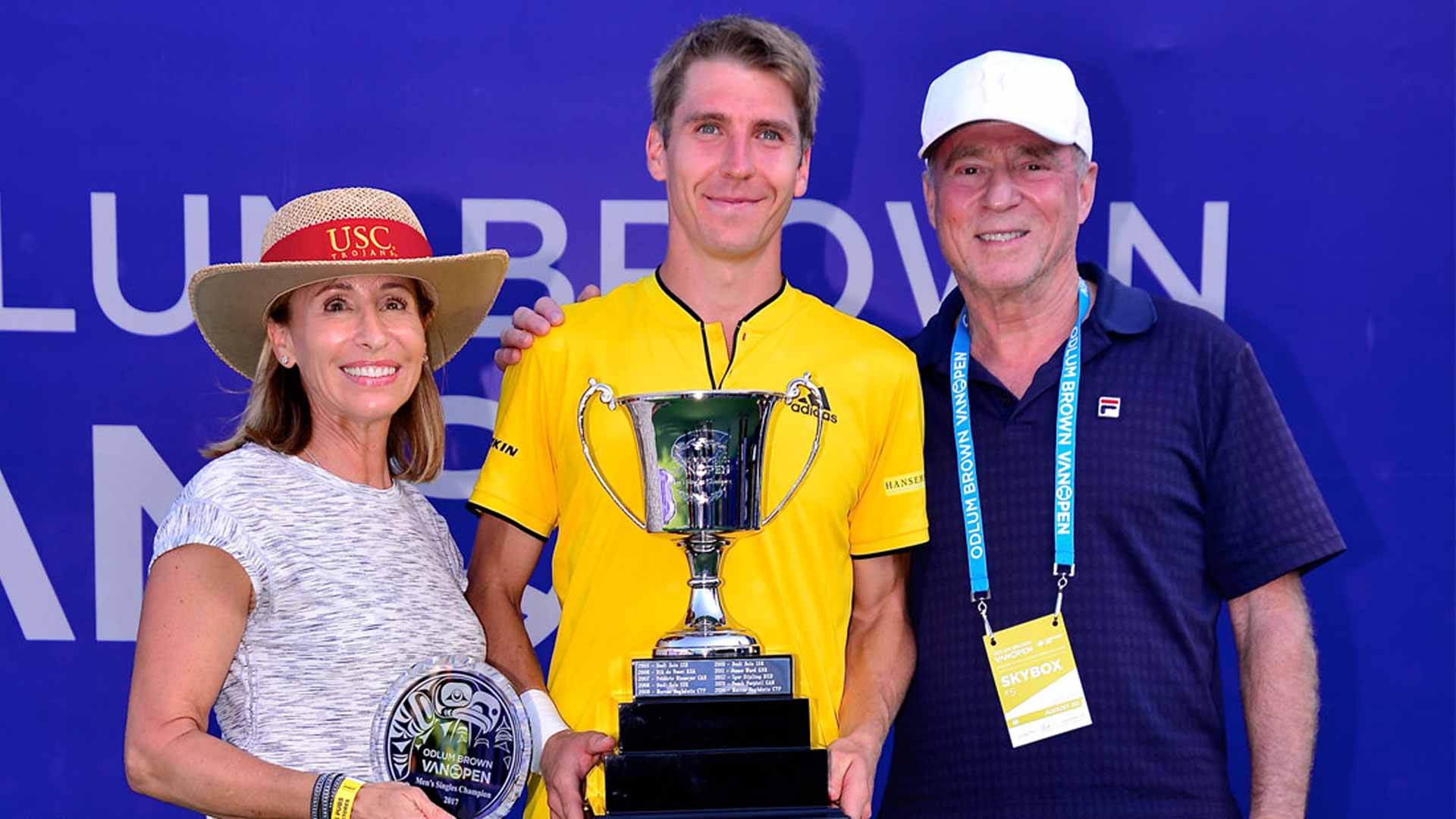 “Sometimes I felt like someone has a voodoo doll of myself and was playing around with it and randomly sticking needles into my body parts somewhere. It always felt like I was trying to come back and feeling almost okay, and then something came around again and I had to do surgery again,” Stebe said. “It just feels like some bigger force doesn’t want me to play tennis anymore. But I kept trying and trying and here I am, finally, and I’m playing some good tennis again.”

Life wasn’t easy for Stebe during his most recent bout with injury, as he underwent right wrist surgeries in February and July of 2018, before undergoing another surgery this February due to a torn ECU tendon. He had come all the way back and reestablished himself on the ATP Tour, only to be knocked back onto the shelf.

“To be out for about one and a half years after coming back from injuries that took me out for two and a half years, it wasn’t easy. I knew how to handle it somehow, but mentally, sometimes, I went crazy,” Steve said. “I just had to find other things I could focus on, meet some friends, visit friends that are living far away.

“I tried to not think about any tennis at all. I also didn’t check any results, because that would make me go even crazier. Seeing people climbing up the [ATP] Rankings and I had to stay home and not play at all, that would have been crazy.”

Stebe returned to action this April in Marrakech, playing 10 matches at all levels before this week’s ATP 250 event in Gstaad. The German’s only two victories came at a Futures tournament. That makes his run in Switzerland even more impressive. And on Saturday, Stebe did double-duty, winning a three-set quarter-final and semi-final in the same day.

“It’s been tough, to be honest, the past couple of months,” Stebe said. “Winning some good matches and also some tight matches gives me confidence and that’s exactly what I need at the moment. It’s just unreal to come through here today, two matches, each three sets.”

The World No. 455 is the seventh lowest-ranked ATP Tour finalist on record (since 1985), and he can become the second lowest-ranked tour-level titlist if he defeats Spaniard Albert Ramos-Vinolas on Sunday in their first FedEx ATP Head2Head meeting. The only time they’ve played one another came 10 years ago at a Futures event.

“Body-wise, it was of course tough today. I just need to continue focussing on the match tomorrow because the tournament isn’t over yet,” Stebe said. “That’s the most important thing, that I try to stay focussed and don’t be too satisfied with the wins today. I just have to give everything tomorrow and hopefully win the title.”

Stebe was delightfully surprised with his form when he arrived in Gstaad. Last week, he competed at sea-level in Umag, where he lost in the first round against Czech Jiri Vesely. After beating eighth seed Corentin Moutet in the first round here, he avenged that Vesely defeat in three sets and has not looked back.

You May Also Like: Ramos-Vinolas Ousts Former Champion Andujar In Gstaad

“My tennis has been pretty good this week. Since the first day I came here, I remember I arrived in the evening… I kind of felt the ball immediately even though I came from sea-level in Umag. It was strange from the beginning when I felt the ball very good and didn’t miss many balls,” Stebe said. “My coach also said it was looking very good. I don’t want to say it was supposed to be like this now, but I was feeling very well from the start of the week.“

Stebe knows that he hasn’t had the easiest time as a professional tennis player. Far from it. But he also believes that people who watch him persevere can learn from what he’s gone through, not just in tennis, but in life.

“To never give up. What I’ve been through is maybe unique. I don’t know many people who suffered the injuries I had and ever came back playing at a world-class level,” Stebe said. “In my opinion, people shouldn’t give up early. They have the chance to play, keep trying, working hard and eventually it will pay off.”