The Next Generation of Swiss tennis has arrived. This week, the ATP Challenger Tour returned to Switzerland after a seven-year hiatus, as the Challenger Citta di Lugano made its debut. For Dominic Stricker, the timing couldn't have been better.

One of his country's most promising young stars, Stricker claimed his maiden Challenger crown behind an impressive performance on the indoor hard courts of Lugano. The 18-year-old, who entered the week as an unseeded wild card sitting at No. 874 in the FedEx ATP Rankings, seized the opportunity in grand fashion.

At 18 years and seven months, Stricker joined elite company in becoming the fourth-youngest winner from Switzerland in ATP Challenger Tour history. Only Roger Federer and Stan Wawrinka were younger when they celebrated their initial success on the circuit. Federer prevailed in Brest, France, in 1999, while Wawrinka won twice as an 18-year-old in 2003, in San Benedetto, Italy and Geneva, Switzerland.

When tournament director Riccardo Margaroli and his son - top Swiss doubles player Luca Margaroli - decided to bring Challenger tennis back to Switzerland, this was exactly what they had in mind. That is, to give the younger players in their country more opportunities to develop and grow, while competing against world-class competition.

Making just his second Challenger appearance, the 2020 Roland Garros junior champion has certainly made the most of his time on the professional stage. Stricker exhibited the mental toughness of a veteran in Lugano. Not only did he rally from a set down twice, but he would do so saving two match points in the second round and stunning top seed Yuichi Sugita in the semi-finals. And in Sunday's championship, he sprinted past qualifier Vitaliy Sachko 6-4, 6-2 in just 70 minutes.

You May Also Like: Lugano Calling: How The Challenger Tour Returned To Switzerland

At No. 874 in the FedEx ATP Rankings, Stricker claimed a slice of history in becoming the lowest-ranked winner on the ATP Challenger Tour since 2000. Projected to rise more than 400 spots when the next rankings are released in one week (following the ATP Masters 1000 in Miami), he is also soaring up the ATP Race To Milan standings. The Swiss teen is projected to move up more than 20 positions to the Top 15 in his quest to qualify for the Next Gen ATP Finals.

What was the key today? Were you nervous?
Of course I was nervous, but I think he was as well. I started feeling comfortable pretty early though and I played one of my best matches in the past month. I just focused on my game and it worked.

This is just your second Challenger tournament. How do you explain your sudden success at this level?
I had a big success in juniors, winning the French Open, but I just kept working hard when I got to the Challenger level. I won my first match at this level in St. Petersburg and played a pretty good week here. I saved two match points in the second round and then I came into the final enjoying every second. I'm just so happy that I won.

The transition from juniors to pros is not easy. What is the most challenging part of playing Challengers?
Every player in every round is amazing and it was hard to put the best level on court in every match. In juniors, you sometimes have some easy matches, but not here in Challengers. You just have to go full effort in every match. 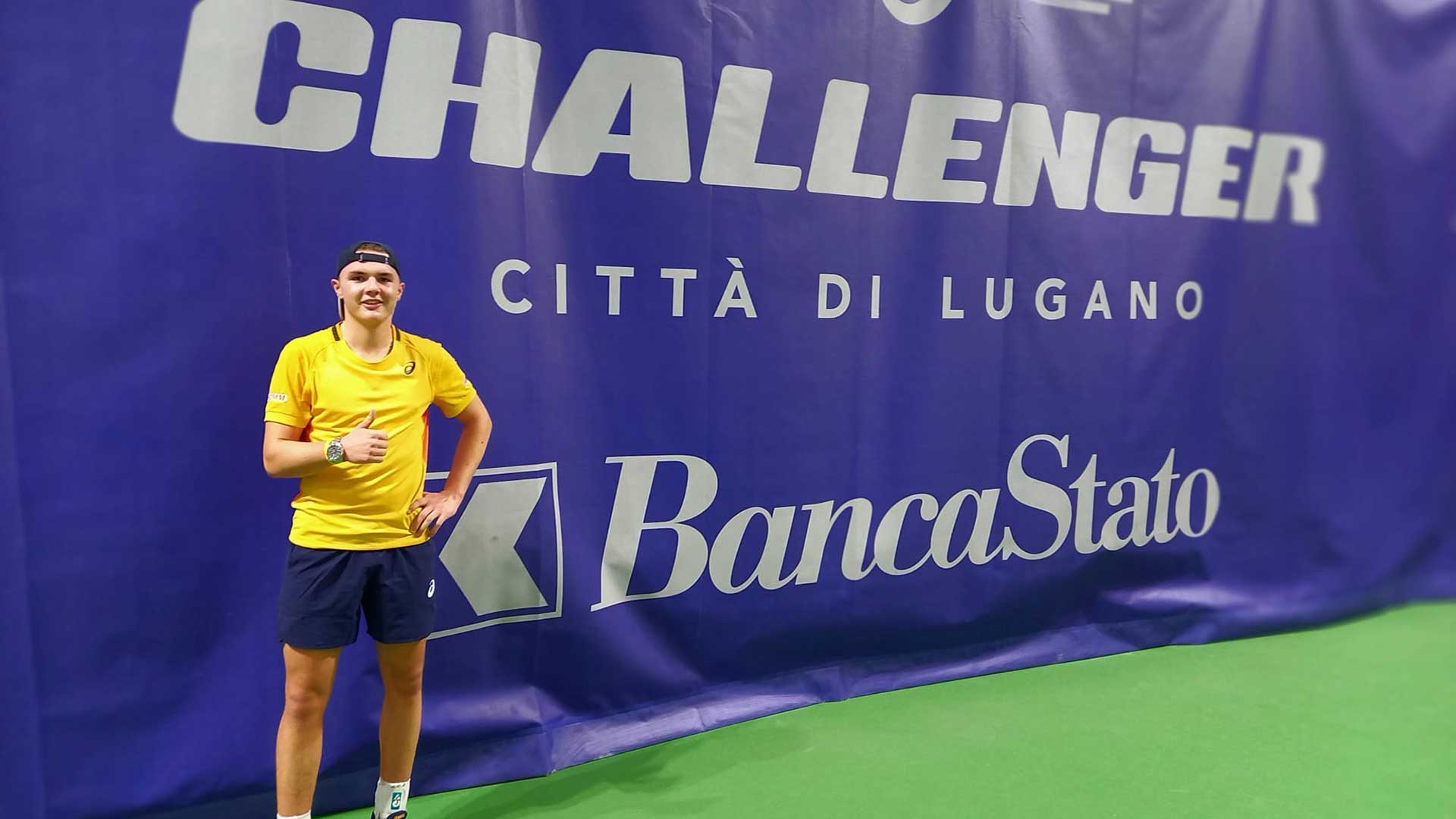 What are your goals for the season? How can this give you confidence for the rest of the year?
Of course this gives me confidence. I'm just going to keep working on myself and my game, and try to win as many matches as possible. I will try my best to get to Grand Slam qualifying as soon as possible.

For those of us that don't know you, how did you start playing tennis?
I started when I was five years old. I took some lessons at first, and then I met another young talented guy whose dad had a tennis school. They were searching for someone to train with and they chose me. I trained a lot with him and we grew up together and now we're both still playing pretty good.

Tell us something about you. What do you enjoy doing off the court?
Off court I love playing golf. I always do it on the weekends. That's the thing I do the most when I'm not playing tennis.