Novak Djokovic and Jan-Lennard Struff will meet for the third time on Monday night at the Australian Open.

Struff On Facing Djokovic: 'God, Why? Why That?'

Jonathon Braden
This article contains:
German will look to upset the seven-time Australian Open champion in the first round

Germany's Jan-Lennard Struff tumbled through the range of emotions upon learning he had received the draw no one wants at the Australian Open. The 29-year-old was angry when he learned he would be facing seven-time Australian Open champion Novak Djokovic in the first round.

“God, why? Why that?” Struff remembered thinking to himself. "It's one of the draws you don't want to get first round."

But then Struff, who faced Roger Federer on Rod Laver Arena two years ago, cheered up a little. He remembered the buzz inside the packed stadium and the ecstatic fans cheering for one of the all-time greats.

“I felt like, 'Yeah, okay. Why not?'” Struff told ATPTour.com. “It's a big match, big court. I'm playing the second night match, so special. I played against Rog here. Still have it in my mind. It was just an amazing experience. Really looking forward to playing that match on Rod Laver.”

Struff and Djokovic will meet for the third time on Monday night inside the 14,820-seat stadium, where Djokovic won his record seventh title against Rafael Nadal one year ago. The World No. 2 brings a 6-0 mark on the year to the season's first Grand Slam and a 68-8 career record in Melbourne. Djokovic has lost before the quarter-finals here only twice, in 2017 (second round, l. to Istomin) and 2018 (fourth round, l. to Chung).

You May Also Like: Federer, Djokovic Begin Australian Open Runs On Monday In Melbourne

Struff, meanwhile, has advanced past the Australian Open first round only once (1-5 overall). In 2018, he beat South Korea's Soonwoo Kwon before pushing the eventual champion Federer 6-4, 6-4, 7-6(4).

But Struff has played the best tennis of his career since. Last July, he reached a career-high FedEx ATP Ranking of No. 33, and he advanced to his first fourth round at a Grand Slam at Roland Garros, losing to Djokovic 6-3, 6-2, 6-2.

Struff said a lack of belief might have seeped into his mind in Paris against the five-time year-end World No. 1. The German also was still feeling the effects of his 4-6, 6-1, 4-6, 7-6(1), 11-9 win against Croatia's Borna Coric in the third round.

“I played a very good first set and then stopped a bit playing, and maybe didn't believe that much that I could beat him,” Struff said. “Then he played just too good.”

Struff also faced the 16-time Grand Slam champion at the 2017 Qatar ExxonMobil Open in Doha. In both players' first match of the season, Struff served for the first set at 5-2 but lost 7-6(1), 6-3.

“I started pretty aggressive, pretty straightforward. I liked the way I played. It was tough to serve out the set there. But that will help me, the experience from that,” Struff said.

The German has started 2020 positively as well. As his country's No. 2 singles player, Struff went 2-1 at the ATP Cup in Brisbane, a run that featured a 6-1, 6-4 win against #NextGenATP star Felix Auger-Aliassime of Canada. 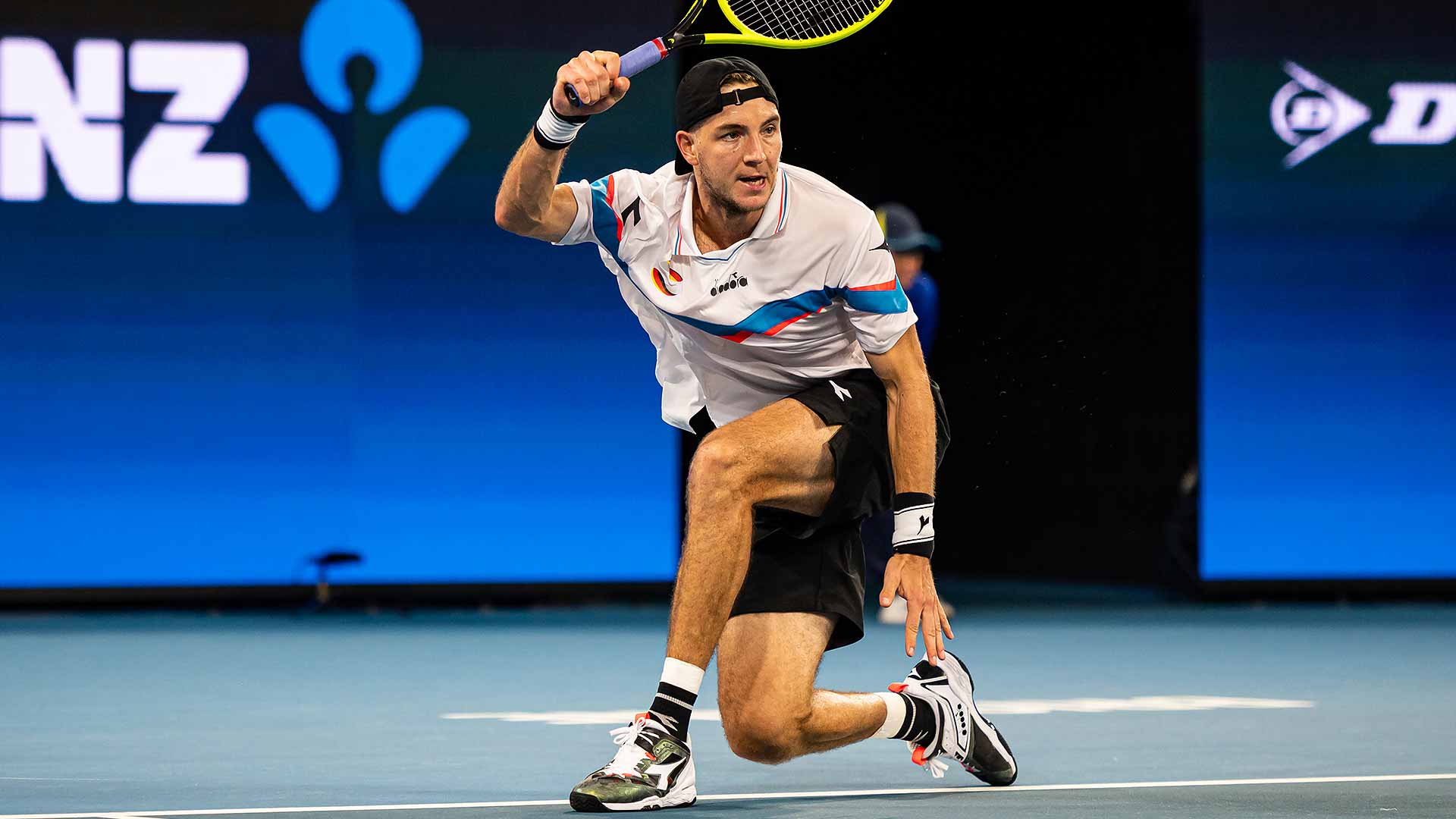 “Big compliment to Struff. What a player, what a fighter. Every time he plays for Germany he brings his best tennis, and who can say that?” Germany's captain Boris Becker told ATPTour.com.

“Really great character. Great personality. A true professional. A true sportsman. Effort level, always 100 per cent. He may not always play his best, but his effort level is always there. For a captain, it's a joy to have him on the team.”

Unfortunately for Struff, Djokovic also started the season well. He beat Nadal and won a deciding doubles match with Viktor Troicki in Sydney to clinch the inaugural ATP Cup title for Serbia.

But Struff isn't running away from facing Djokovic. By now, he's overcome the anger and accepted the challenge.

“I came here and wanted to go deep in the tournament. And then you play one of the favourites to win the thing, the champion who won the most titles here. It's a tough draw. But I don't want to stop just because I play against him,” Struff said.

“For me, I'm ranked 37th in the world. There's not many times I can attend to the big courts. It's good. I will go out there and try to win the match... Obviously, I play one of the best players of all-time. It's a tough challenge but I want to start that challenge.”