From Iasi To Paris: A Moment Carlos Taberner Will Never Forget

On Tuesday, Carlos Taberner stood on Court 10 at Roland Garros, celebrating a long-awaited return to the Grand Slam stage. It was the culmination of months of hard work and focus for the 23-year-old, who advanced from the first round of qualifying with a convincing straight-set win over Stefano Napolitano.

Taberner's successful start on the terre battue of Paris was launched more than 2,000 km away, in the Romanian city of Iasi. The Spaniard arrived for the clay-court slam with a surge of momentum at his back, following the breakthrough victory of his young career. Just two days ago, Taberner lifted his maiden ATP Challenger Tour trophy at the Concord Iasi Open. And the crazy thing is, he did not even know if he'd make the trip in the first place.

Taberner and his coach were unsure of whether they would have enough time to travel to Roland Garros, if he went deep in Iasi. They eventually made the decision to compete at the Challenger 100 event and it turned out to be the best move of his career.

Appearing in his 55th tournament on the circuit, the Valencia native finally put it all together. Taberner was the comeback kid all week long at the Concord Iasi Open. On Thursday, he rallied from a break down in the deciding set to defeat Kacper Zuk. In Friday's quarter-finals, he stormed back from 1-6 down to oust countryman Adrian Menendez-Maceiras. On Saturday, Taberner overcame a set and a break deficit to defeat another Spaniard, Jaume Munar. And it all culminated in a 6-4, 7-6(4) win over France's Mathias Bourgue in the championship.

Considering he was three years removed from his two previous Challenger final appearances, in Sibiu and Banja Luka in 2017, this win was extra special. He soared 41 spots to a career-high No. 148 in the FedEx ATP Rankings on Monday.

Looking back on Taberner's early-season results on the ATP Tour, this comes as no surprise. Competing in the Latin American 'Golden Swing', he qualified in both Cordoba and Santiago and earned his first Top 50 win over Fernando Verdasco. Now, Taberner has his sights set on even greater heights as he returns to the scene of his lone Grand Slam main draw appearance. Two years ago, he pushed Stefanos Tsitsipas to four sets in his major debut at Roland Garros.

He will hope to replicate that run with another successful qualifying campaign this week. Taberner faces Argentina's Leonardo Mayer on Wednesday, with either Nikola Milojevic or Yannick Maden potentially awaiting with a spot in the main draw on the line. 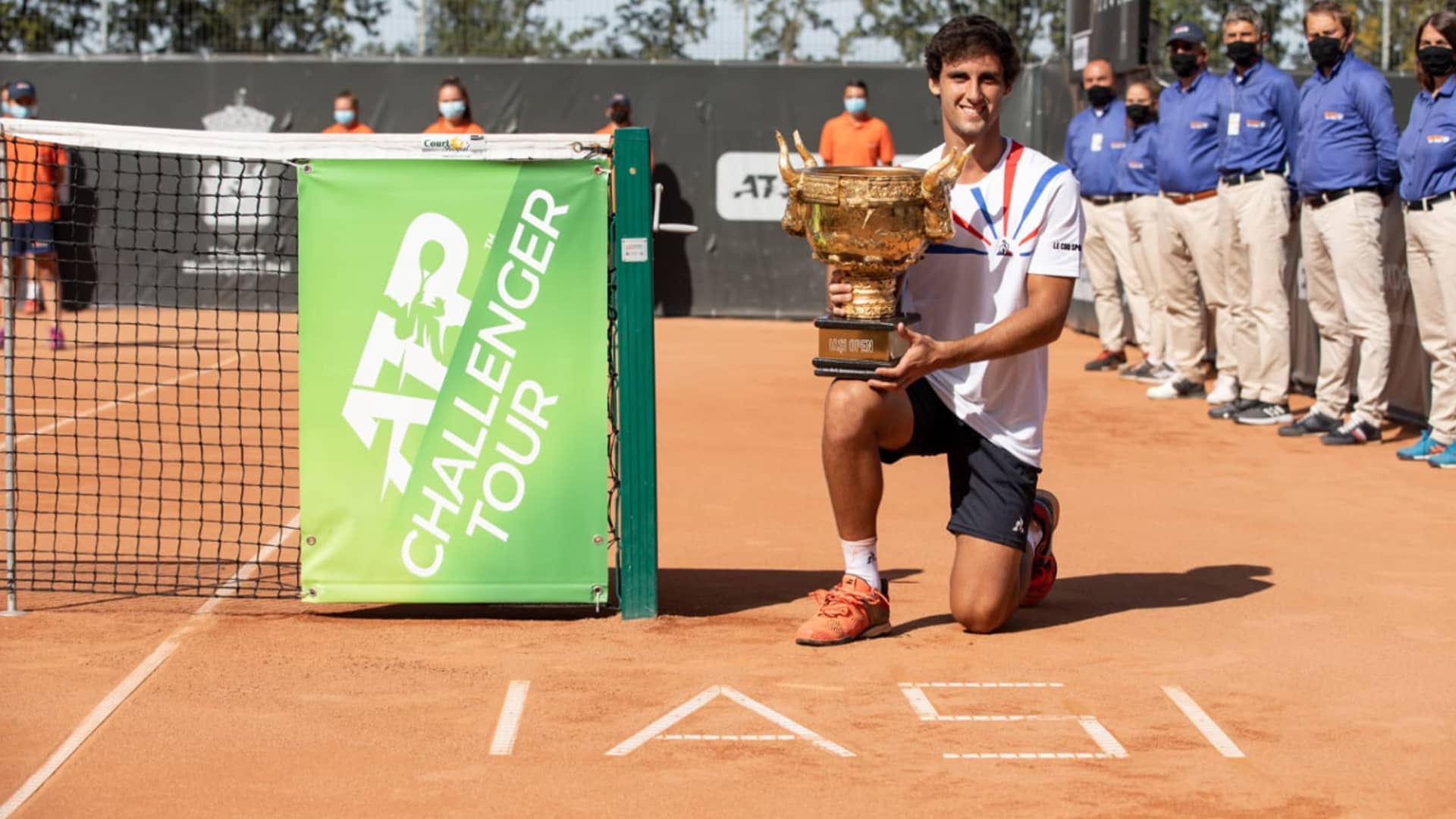 Taberner spoke to ATPTour.com following his victory in Iasi...

Carlos, how special is this first Challenger title?
It feels pretty amazing. I am very happy with the level I was able to display last week. The only thing that entered my mind was winning each match. Nothing else. Given the situation with the pandemic, I wanted to get the most from myself as possible. I am very happy to have arrived at the last match and on top of that, to lift the trophy.

How did you celebrate?
There wasn't much time. After the match, I went straight to the airport in Iasi with my coach and we flew to Bucharest to spend the night. On Monday, we took a flight to Paris to arrive at Roland Garros and practice in the afternoon. On Tuesday, I had my first match, so there were few celebrations. But, I'm feeling great and I'm really looking forward to this tournament.

How do you explain this successful run?
In Iasi, it was a really good week for me because I managed every moment very well. I had a very good level of tennis and above all, I fought for every point as if it were the last. I was very proud of that.

Last week, your countryman Bernabe Zapata Miralles also had his maiden moment, as did Carlos Alcaraz the week before. How motivating was that for you?
We have all been winning tournaments in these weeks. Berni [Zapata] is doing a great job and playing at a high level. He showed that in these past few weeks and, in my case, I have also had some good results. We have to continue working in our own paths with great energy every day and with the goal of making even more progress.

Why were you doubting whether to come to Iasi? What's the story behind that?
The week before, when we were preparing for the tournament, my coach and I did not know if we could play in Iasi and Roland Garros qualifying. We spoke with the ATP and they confirmed that it was, in fact, possible. So we went from doubting if we could play in Romania to winning the title. We came with great enthusiasm and energy and it couldn't have been better.

What is your upcoming schedule?
After Roland Garros I am entered in various Challenger tournaments. We're also looking at different options with ATP Tour qualifying for the upcoming events.