You would be hard-pressed to find a more thrilling final on the ATP Challenger Tour in 2018.

It was a highly-anticipated championship clash and it certainly did not disappoint, as 22-year-old Noah Rubin edged 20-year-old Marc Polmans 6-2, 3-6, 6-4 at the Tallahassee Tennis Challenger on Saturday. Rubin needed six match points to secure his fourth Challenger title - and first on clay - after two hours and eight minutes.

With Polmans serving to stay in the match at 5-4 in the decider, he refused to abandon his aggressive gameplan. The #NextGenATP Aussie escaped from a 0/40 deficit and survived two more championship points later in the game. On two occasions, a Rubin forehand missed clipping the tramline by mere inches. But, in the end, the American would have his moment in the winners' circle, sealing the victory on his sixth opportunity when a Polmans approach shot found the net.

On his SIXTH championship point, @Noahrubin33 takes the title in a thrilling Tallahassee final. Edges Marc Polmans 62 36 64. #ATPChallenger titles on hard and clay in 2018 for the 🇺🇸 pic.twitter.com/9M5aS62opX

"It was an interesting match," Rubin told USTA broadcaster Mike Cation. "We were both nervous and wanted our first titles on clay. I'll say that I had more on the line. A title goes a long way. It's tough to beat winning a title, obviously. There are a lot of good players here and strong competition. There was a lot on the line today and he's been playing well all week. I knew how to stay with it the whole match.

"He's definitely a crafty player. I actually think I overanalysed his game a little too much. But in the first set, I made sure I simplified things and played my game. I didn't give him many free points. I think the biggest difference for me was the movement on my forehand. I hit a lot of great angled winners. That was the difference in the end.

"I was unusually calm for myself. I knew that I couldn't spare any energy early on and I was protective of myself in that sense. I knew any grunting or screaming couldn't happen at that point. But I felt pretty confident. Then I closed it out on my sixth match point. Again, I felt pretty confident. I was making him play some shots he didn't want to. Giving up a 0/40 lead is tough, but it turned out ok." 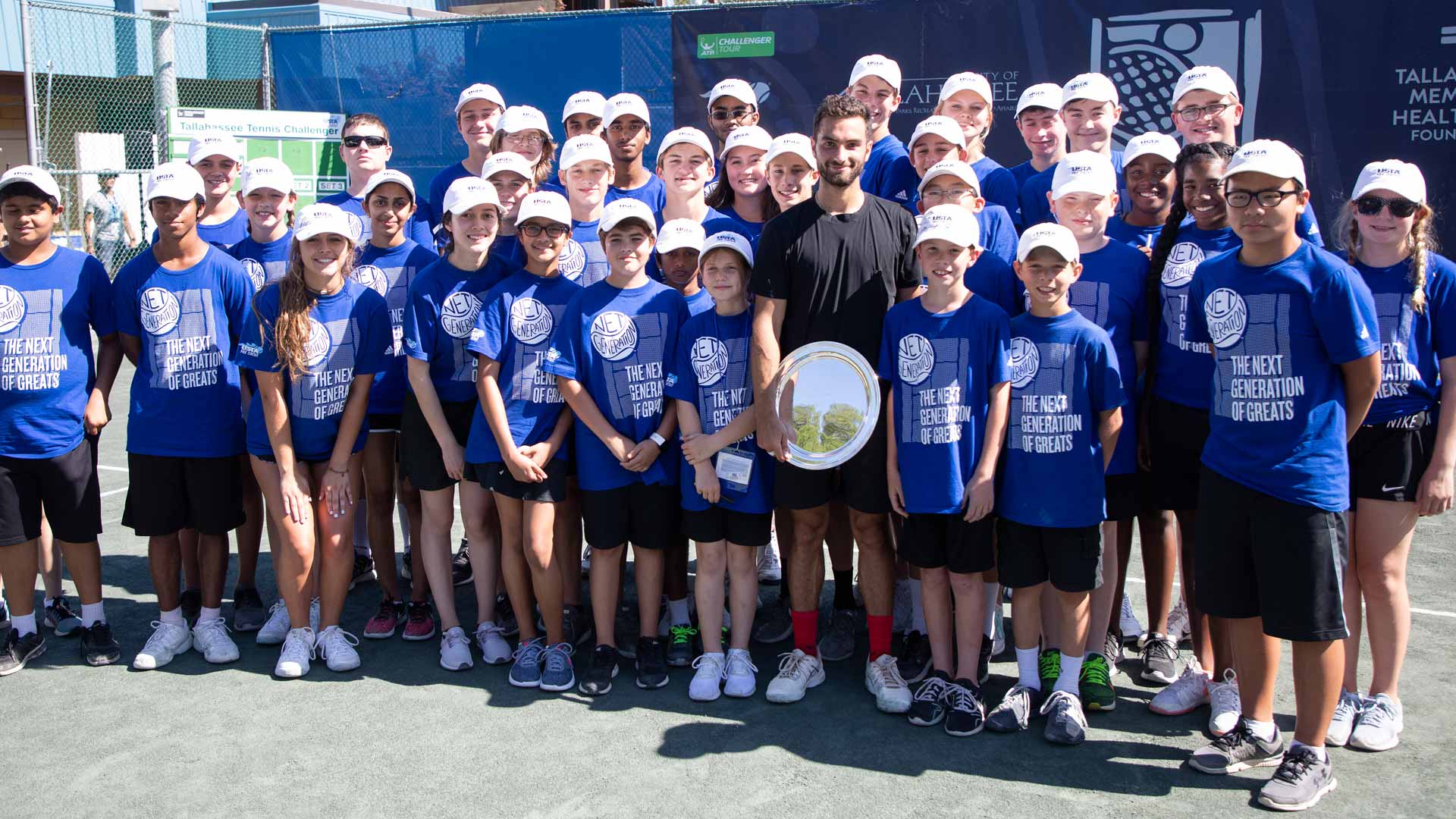 Polmans will hold his head high after another successful week. There are few players hotter than the World No. 175 at the moment. He has won a combined 31 matches already this year on the ATP Challenger Tour and ITF Futures circuit. This week's Tallahassee final marked his second Challenger title match after capturing his maiden crown on home soil in Launceston, Australia, in February.

For Rubin, the win gives him titles on both hard and clay this year, adding to his season-opening crown in Noumea. He has been on a tear since returning from a wrist injury that kept him on the sidelines for much of the 2017 season. Now 13-4 on the ATP Challenger Tour in 2018, he is projected to return to the Top 200 of the ATP Rankings.