Felix Auger-Aliassime and Denis Shapovalov led the celebrations on Monday as Team Canada took to the water in Sydney following its ATP Cup triumph.

Canada overcame Spain 2-0 in the final on Sunday to capture the third edition of the 16-team event, with Shapovalov downing Pablo Carreno Busta, before Auger-Aliassime sealed the win by defeating Roberto Bautista Agut.

To celebrate, the Canadian team enjoyed a boat ride on the Parramatta River, cruising past the Sydney Opera House as they held aloft the ATP Cup trophy and Canadian flags. 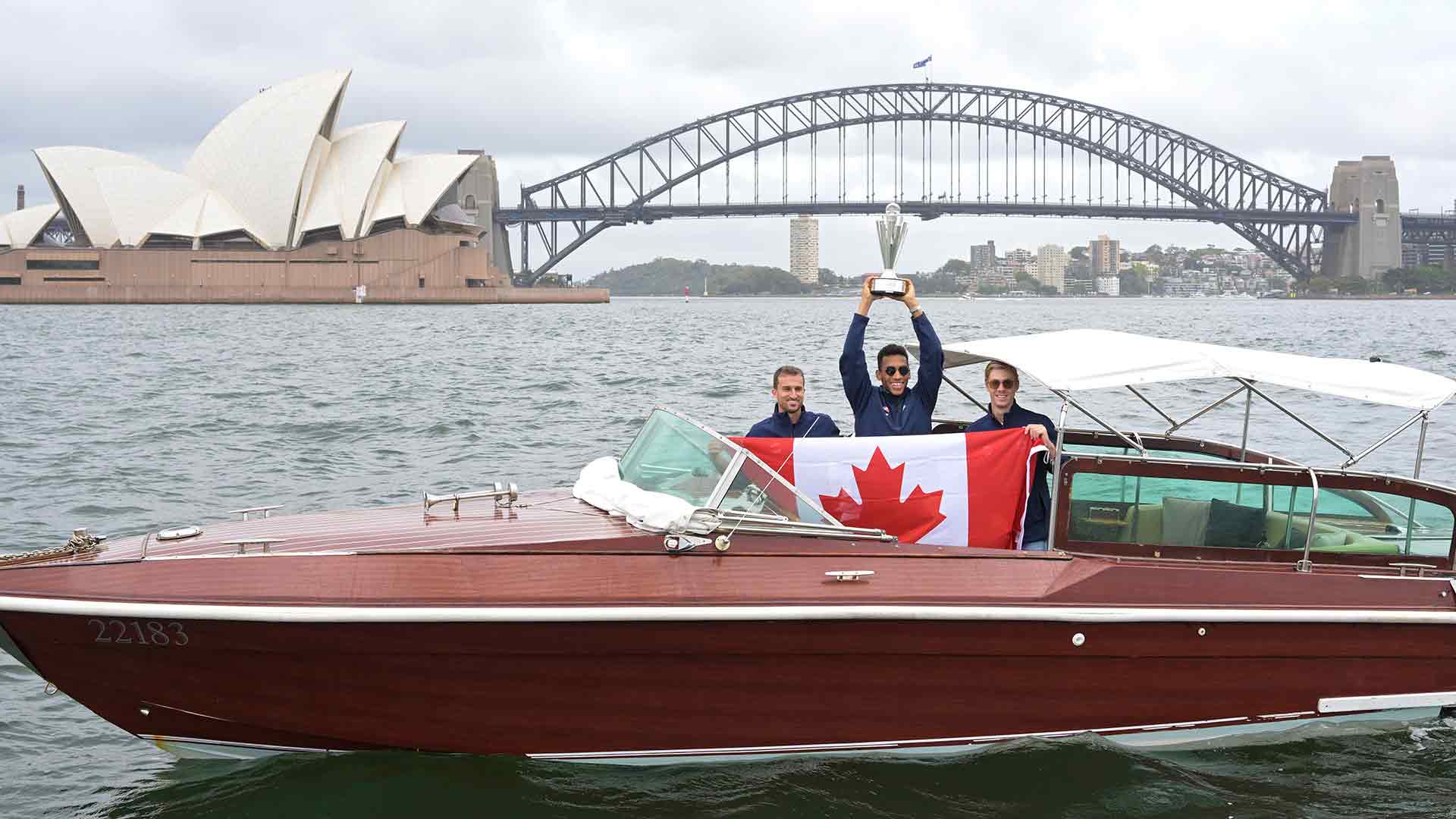 It was a victory that had looked unlikely earlier in the week after Canada lost its first four matches and could have been eliminated before playing their third Group C tie. However, Auger-Aliassime earned a vital win against Great Britain’s Cameron Norrie to keep them alive, before Canada earned qualification for the semi-finals by moving past Germany 2-1.

You May Also Like: From 'Survival Mode' To World Champions: Inside Canada's ATP Cup Victory

A hard-fought semi-final deciding doubles win over Daniil Medvedev’s Russia saw Canada knock out the 2021 champion to set up a meeting with Spain, where Shapovalov and Auger-Aliassime then sealed victory.