Croatia to meet Austria on Saturday

Marin Cilic took his first step down the stairs onto Tamarama Beach on Tuesday in Sydney. The former World No. 3 is working hard in preparation for the inaugural ATP Cup, and he was excited to join his countrymen for a quick outing at the beach before play begins on 3 January.

“Tough day at the office,” Cilic said, cracking a smile as he looked out at the magnificent sea setting from above.

Cilic, Borna Coric, Ivan Dodig, Nikola Mektic and Viktor Galovic visited with the Tamarama Surf Lifesaving Club to learn what it takes to look after the public swimming in the crystal blue water off the beach.

“I’d like to be saved,” Mektic said, eliciting plenty of laughter from Team Croatia. 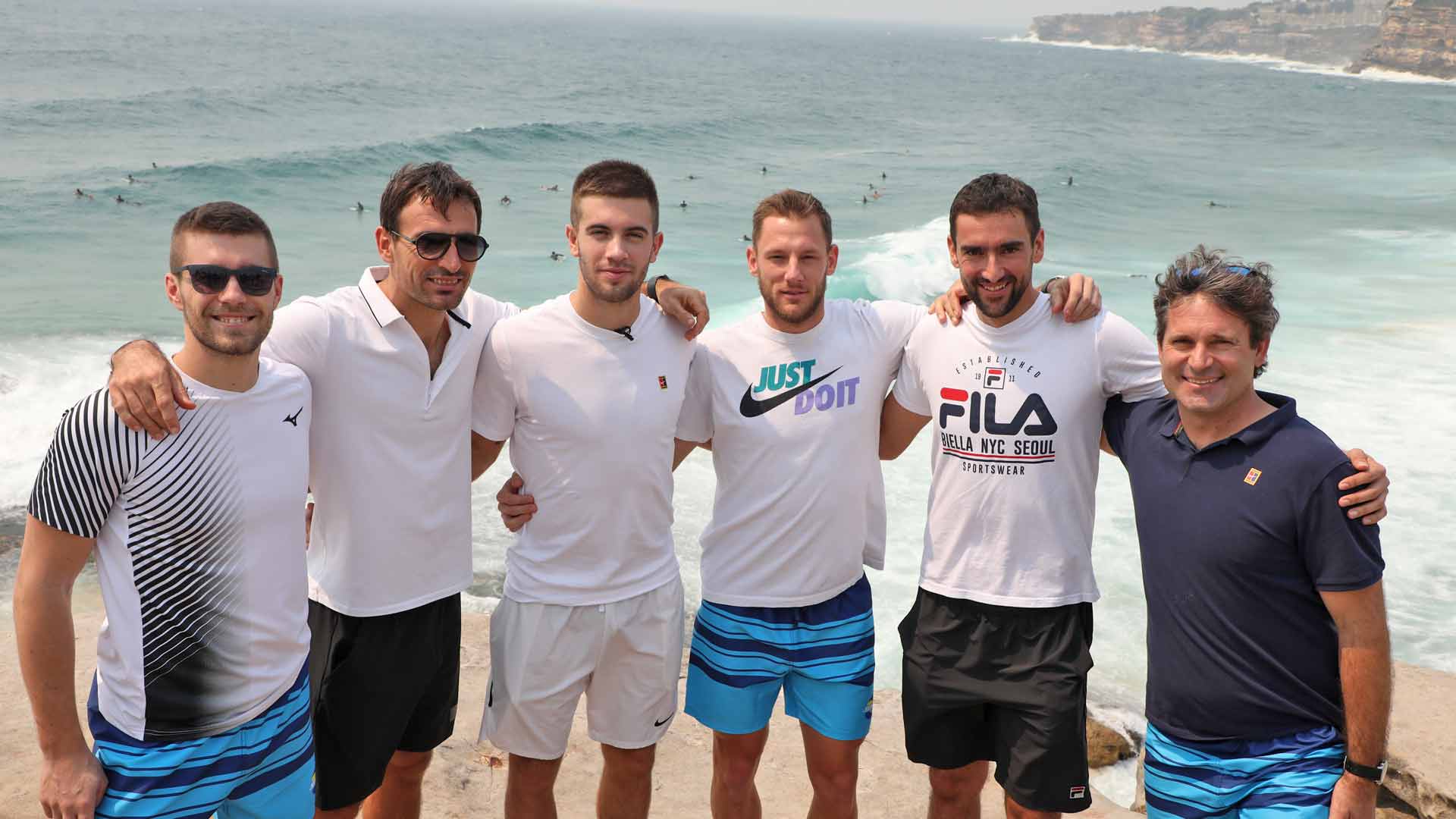 That is what is making the ATP Cup special — players who typically play for themselves becoming one, enjoying the unity that this 24-team event provides.

As the Croats — who launch their campaign on Saturday evening against Team Austria — stepped out onto a set of boulders high above the scene to take some photos, passersby quickly gathered, with some Croatian tennis fans stopping to ask the stars for pictures.

“Obviously we are really happy to be here,” said Team Croatia captain Luka Kutanjac. “It’s a great new event that the ATP is really trying to promote and to keep it going. It’s always fun to have teammates together.”

The players then descended to the sand, with some choosing to go for a swim in the Sydney heat. It was a perfect time to cool off, with the competition about to start heating up.