Dominic Thiem will meet Felix Auger-Aliassime for the first time during the day session on Arthur Ashe Stadium.

Two of the biggest talents on the ATP Tour — Dominic Thiem and Felix Auger-Aliassime — will meet for the first time on Monday, with a place in the US Open quarter-finals on the line.

Second seed Thiem will continue his bid for a maiden Grand Slam trophy, just two days after eliminating 2014 champion Marin Cilic to earn the final spot in the Round of 16. The World No. 3 has played well through the opening three rounds in New York, landing 103 winners to record his first wins since the resumption of the ATP Tour.

The World No. 3 entered the second Grand Slam championship of the year short of match practice, following a straight-sets loss to Filip Krajinovic in his opening match at the Western & Southern Open. But the 27-year-old has played at a high level at the US Open and will aim to use his greater experience at the Grand Slam level to his advantage against the Canadian.

“[Felix is] a great player… No real weaknesses. Great to watch. Great athlete, great person,” said Thiem. “The only thing that he's missing is the experience. That's what I'm trying to play for my advantage. It's not my first second week at a Grand Slam, but it is his. That's probably my biggest advantage what I have in this match.

Auger-Aliassime is through to the Round of 16 at a Grand Slam event for the first time. After a four-set battle in the first round against Thiago Monteiro, the 20-year-old has cruised through his past two matches.

Auger-Aliassime landed 52 winners to end 2012 champion Andy Murray’s campaign in the second round and raced past Frenchman Corentin Moutet in less than two hours. The World No. 21 is excited by the opportunity to test his skills against one of the leading stars of the ATP Tour on Arthur Ashe Stadium.

“Obviously Dominic has been getting stronger and stronger year after year,” said Auger-Aliassime. “You feel like step by step he's been reaching later stages of these tournaments, really becoming like a power in the tennis world.

“For me, it would be a good matchup, interesting matchup for now, obviously to test myself against the best in the world, against the second seed of this tournament.”

The winner of Thiem and Auger-Aliassime’s clash will face Alex de Minaur or Vasek Pospisil for a spot in the semi-finals. Both players came from two-sets-to-one down to defeat higher-ranked opposition on Saturday.

De Minaur, the 21st seed, has beaten 2013 semi-finalist Richard Gasquet and Karen Khachanov to reach the fourth round in New York for the second straight year. Pospisil will aim to add to his impressive list of US Open wins this year, which already includes Western & Southern Open runner-up Milos Raonic and eighth seed Roberto Bautista Agut.

De Minaur will enter Louis Armstrong Stadium with a 2-0 ATP Head2Head record against Pospisil. The Sydney native claimed hard-court victories against the Canadian in 2018 at the Citi Open in Washington, D.C. and the Rolex Shanghai Masters. 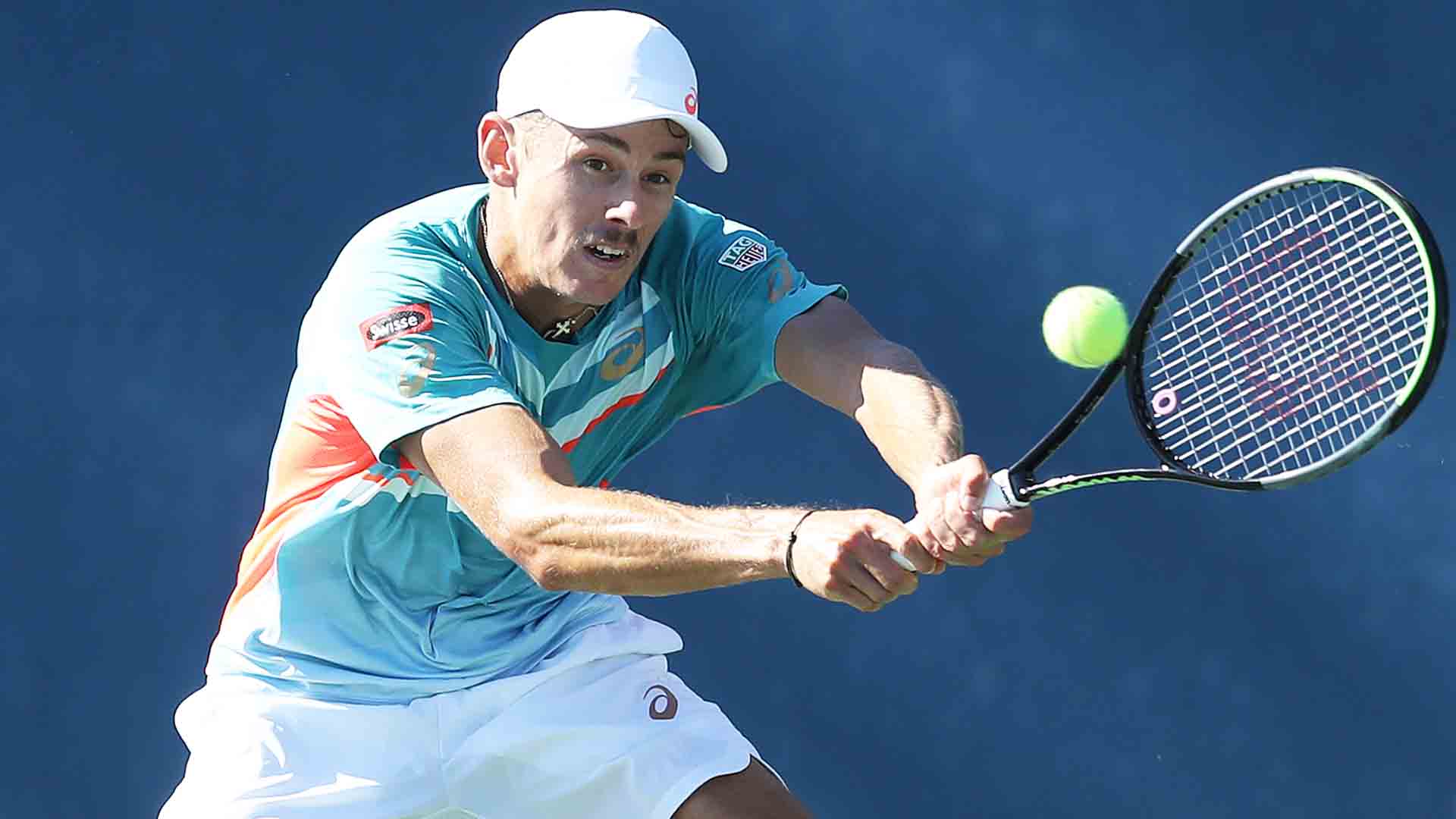 In the night session at Arthur Ashe Stadium, last year’s finalist Daniil Medvedev will aim to reach his second straight quarter-final with victory against Frances Tiafoe.

The Western & Southern Open quarter-finalist made swift progress through the first week in New York, recording straight-sets wins against Federico Delbonis, Christopher O’Connell and J.J. Wolf. Medvedev will hope to improve on his 1-2 record in Grand Slam fourth-round matches, having fallen at this stage during his past two visits to the Australian Open.

Tiafoe, the last American man in the singles draw, is competing in the fourth round at the US Open for the first time. The 22-year-old, who survived a five-set battle against John Millman in the second round, is also attempting to reach his second Grand Slam quarter-final. The American beat Kevin Anderson and Grigor Dimitrov en route to the 2019 Australian Open quarter-finals.

Medvedev is unbeaten in two ATP Head2Head encounters against Tiafoe. The Russian has already beaten Tiafoe in Grand Slam competition this year, following a four-set victory in the Australian Open first round.

Sixth seed Matteo Berrettini and 10th seed Andrey Rublev will both attempt to extend their perfect US Open starts when they meet on Louis Armstrong Stadium. Both men are yet to drop a set in New York and will be attempting to reach their second US Open quarter-final.

Last year’s semi-finalist Berrettini has taken just over two hours to win each of his three matches, but Rublev has made even quicker progress to the Round of 16. In his third-round match against Salvatore Caruso, Rublev dropped just four games to advance in 84 minutes.

This is the second straight year that Berrettini and Rublev will meet in the US Open fourth round. Berrettini recorded a straight-sets win last year, en route to his maiden Grand Slam semi-final. The 24-year-old owns a 3-1 ATP Head2Head record against Rublev.

Click here to view the full US Open Day 8 schedule.