Dominic Thiem and Tomas Berdych kick off the 2018 Qatar ExxonMobil Open in Doha on Sunday night.

ATP Staff
This article contains:
Thiem is coming off his second consecutive appearance at the Nitto ATP Finals

Dominic Thiem and Tomas Berdych had a career-first experience to kick off the 2018 Qatar ExxonMobil Open in Doha.

Thiem and Berdych hit a few balls at the Qatar Foundation for Education, Science and Community Development on Sunday night. The foundation is a private, non-profit organization that “strives to nurture the future leaders of Qatar”.

“[It was a] very good welcome to Doha... very nice special effects and a good atmosphere to play in,” Thiem said.

You May Also Like: Murray Eager To Test Hip During Brisbane Match Play

The Austrian, who finished his 2017 season by making his second appearance at the Nitto ATP Finals in London, is also making his second showing in Doha. In 2013, Thiem qualified but fell in the first round to Belgian Peter Gojowczyk.

Thiem, the World No. 5 and top seed, opens against Russian Evgeny Donskoy at 5:30 p.m. local time on Monday. It will be their first FedEx ATP Head2Head encounter.

Donskoy famously upset Roger Federer at the Dubai Duty Free Tennis Championships last season. The stunner was one of the upsets of the year. 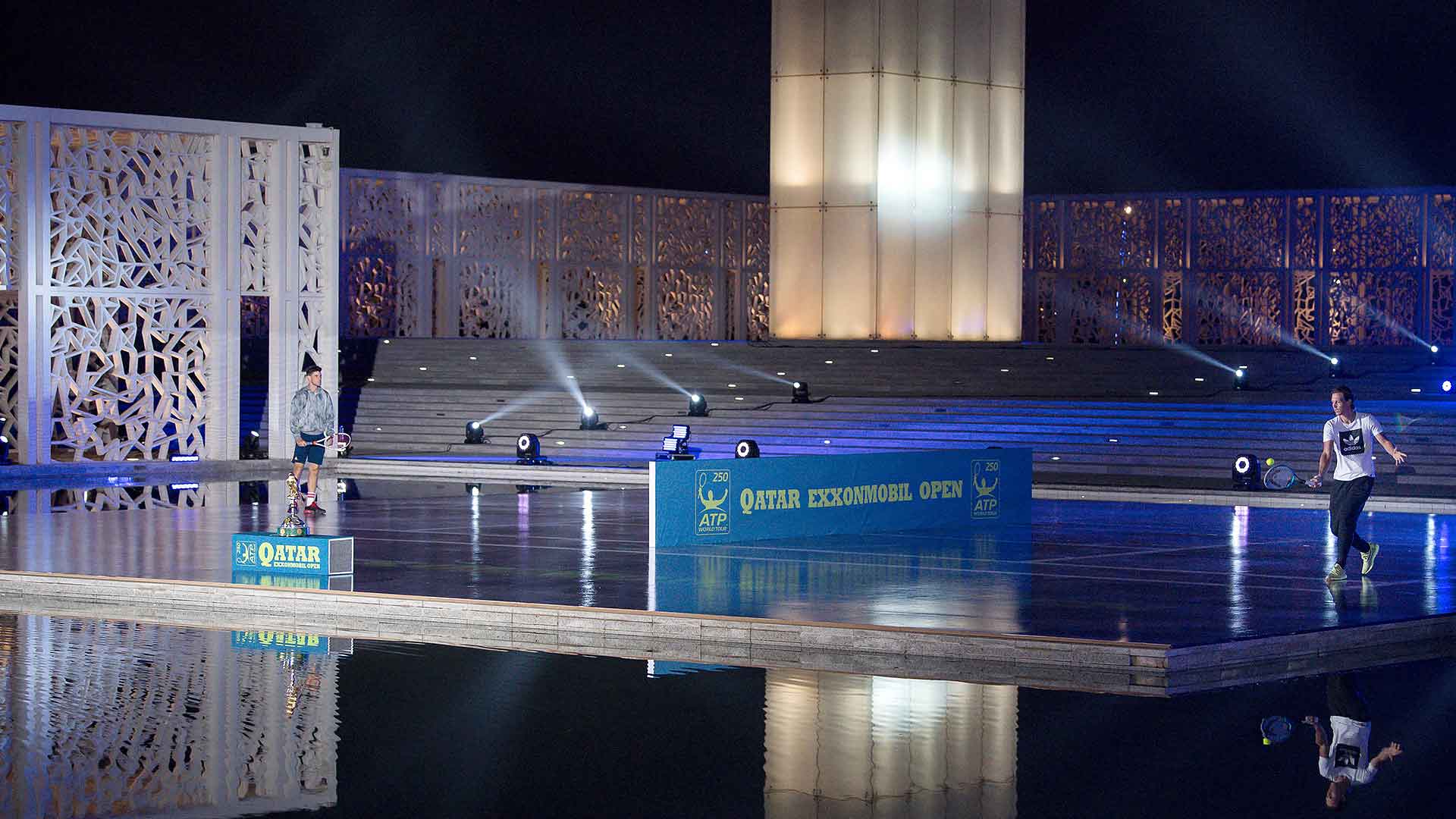 Thiem is going for his second ATP World Tour hard-court title and his ninth overall. On hard courts, he also won 2016 Acapulco title. His seven other crowns have come on clay courts.

Berdych also enjoyed visiting the foundation. “It was really nice. It was good to be a part of that,” he said.

The 32-year-old is beginning his 17th year on the ATP World Tour. He ended his 2017 season in October after suffering a back injury at the China Open in Beijing. But Berdych, No. 19, still finished inside the Top 20 of the Emirates ATP Rankings for the 12th consecutive season (2006-2017).

Read More: 30 Things To Watch In Week One

“It feels that it's been very fast. Time flies so quickly but I still find myself enjoying it and that's the most important thing. So let's go again and let's make it another good year,” Berdych said.