Marco Cecchinato will be hoping to continue his fairy-tale run on Friday in the Roland Garros semi-finals, with the pressure on Dominic Thiem’s shoulders as a two-time semi-finalist in Paris.

Seventh-seeded Austrian Thiem is currently on a nine-match unbeaten streak after winning his 10th ATP World Tour crown at the Banque Eric Sturdza Geneva Open. Cecchinato is playing the best tennis of his career, having beaten Top 10 seeds Pablo Carreno Busta and David Goffin before stunning 2016 champion Djokovic to reach the final four.

You May Also Like: How Cecchinato Can Stun Thiem, Reach Roland Garros Final 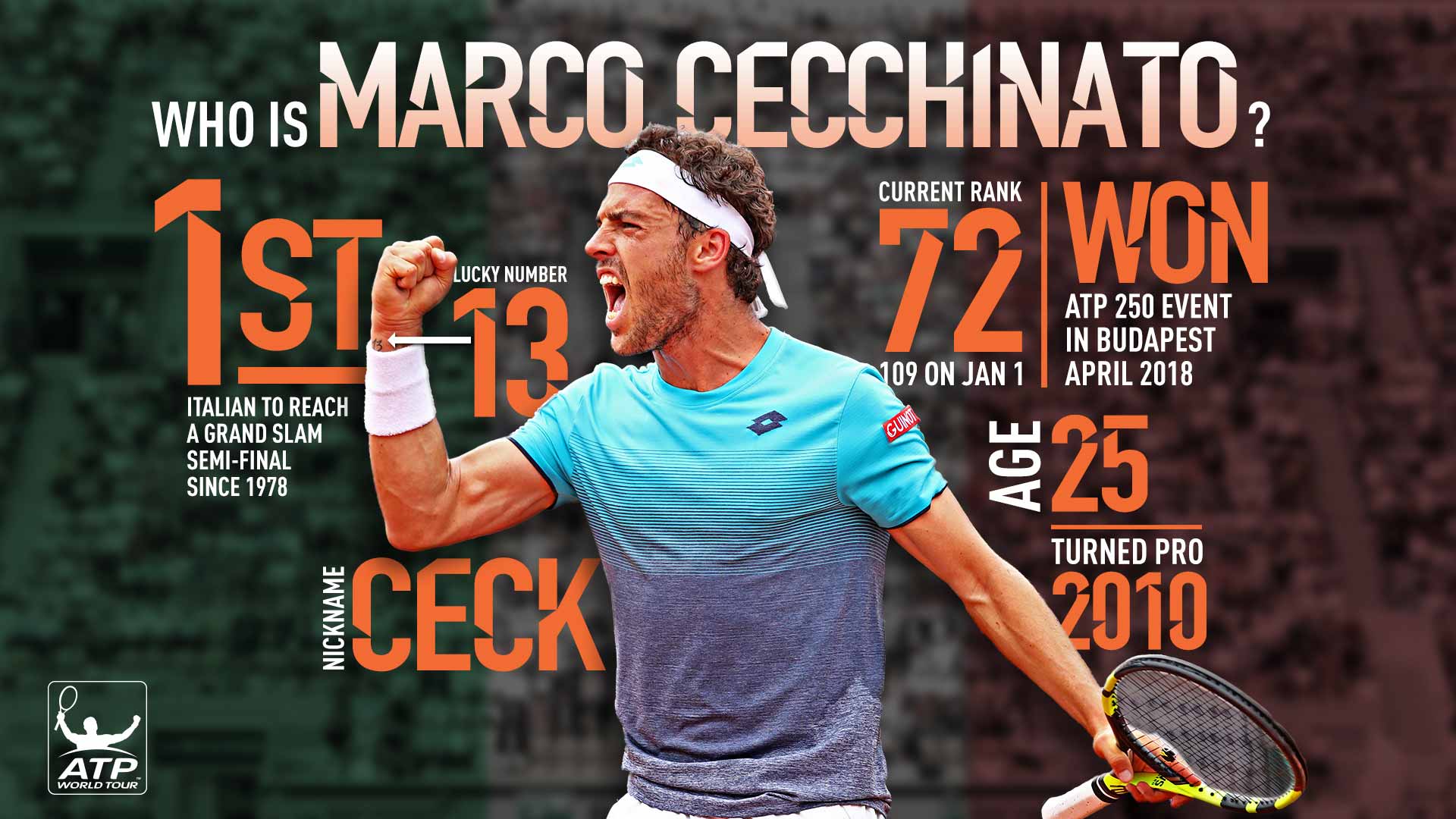 "Cecchinato is full of confidence," said Thiem. "[He is] probably the most confident player out there right now. He had never won a match at a Slam [before Roland Garros], and now... he's in the semi-finals. So everything is going easy for him. He can play completely free."

The 25-year-old Italian has enjoyed a breakthrough European clay season, winning his first ATP World Tour title at the Gazprom Hungarian Open, as a lucky loser, before wins over clay-court specialists Fabio Fognini (BMW Open by FWU) and Pablo Cuevas (Internazionali BNL d'Italia). The World No. 72 is aiming to become the lowest-ranked Roland Garros finalist since 1999.

Cecchinato, the first Italian man to reach a Grand Slam championship semi-final since Corrado Barazzutti at Roland Garros in 1978, will also draw on his experience of beating his semi-final opponent at the latter stages of a tournament. Cecchinato emerged victorious, in straight sets, when the two met in the final of an ITF Futures event in Italy in 2013.

"I won a match against Dominic Thiem," said Cecchinato. "So I remember this match, and why not? I want to be believe [I can beat] Dominic Thiem."

Thiem, with a 25-5 tour-level record on red dirt this year, was highly impressive in his victories over No. 19 seed Kei Nishikori in the fourth round and second seed Alexander Zverev in the quarter-finals. On his fifth tilt at the clay-court major title, the Austrian will be focused on clinching a spot in his first Grand Slam championship final.

Thiem is hoping to follow in the footsteps of fellow Austrian Thomas Muster, the former World No. 1, who lifted the 1995 Roland Garros trophy. Nicola Pietrangeli (1959-60) and Adriano Panatta (1976) are Italy’s only male major singles champions, both in Paris.

View FedEx ATP Head2Head for the Roland Garros semi-finals & vote for who you think will win!
Nadal vs Del Potro | Thiem vs Cecchinato