Dominic Thiem will try to extend his ATP Head2Head series lead against Marin Cilic to 4-0.

ATP Staff
This article contains:
Thiem beat Cilic in third round of US Open

Before playing Marin Cilic in the third round of the US Open, Dominic Thiem said he didn’t want to face the Croatian that early in the tournament because of how dangerous the 2014 Flushing Meadows champion was. On Monday, the Austrian will face the former World No. 3 in the first round at Roland Garros.

“He's one of the big champions of the last decade, one of the very few active players who has won a Grand Slam tournament,” Thiem said in New York. “On a good day he can beat anybody.”

For a large chunk of their US Open match, Thiem controlled the action as Cilic sprayed groundstrokes. But once Cilic found his rhythm, Thiem needed to dig deep to earn a 6-2, 6-2, 3-6, 6-3 victory.

“He raised his level a lot in sets three and four. Good tennis, very close. Probably would have gone to a fifth [if] I didn't save these break points [in the fourth set],” Thiem said. “It was a good, close match.”

Thiem leads their ATP Head2Head series 3-0 and he has enjoyed better results on clay. The Austrian has made at least the semi-finals at Roland Garros the past four years (final in 2018-19) and the Croatian has never advanced past the quarter-finals. 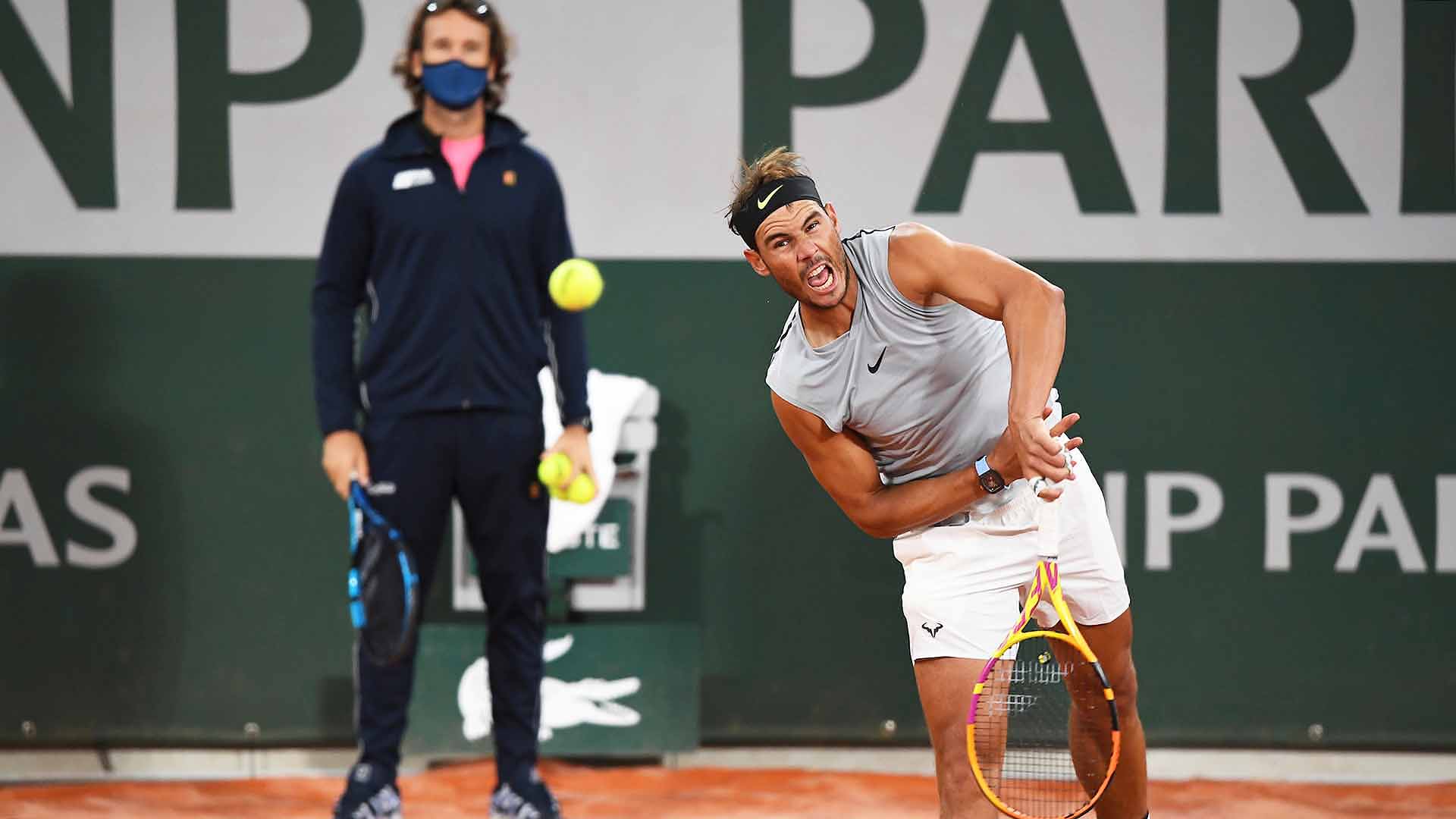 Twelve-time champion Rafael Nadal begins his pursuit of a 13th Coupe de Mousquetaires against Belarusian Egor Gerasimov. The Spaniard is 93-2 at Roland Garros, while his opponent has only played 10 tour-level clay-court matches.

“I am here to fight and to play with the highest intensity possible,” Nadal said. “That's the main goal for me: be competitive on Monday... Just [taking it] day-by-day. I know very well this place. It’s about being patient, being positive, just trying to find the positive vibes every single day.”

Gerasimov owns one Top 10 win, defeating David Goffin in Marseille earlier this year. But the World No. 83 has never played a main draw match at Roland Garros. He did not win a match in three attempts to qualify for the tournament.

Nadal has been ruthless in his first-round matches at the clay-court major, winning 13 of his 15 openers without losing a set. The lefty has won 22 sets in the first round at Roland Garros by a margin of 6-2 or greater. 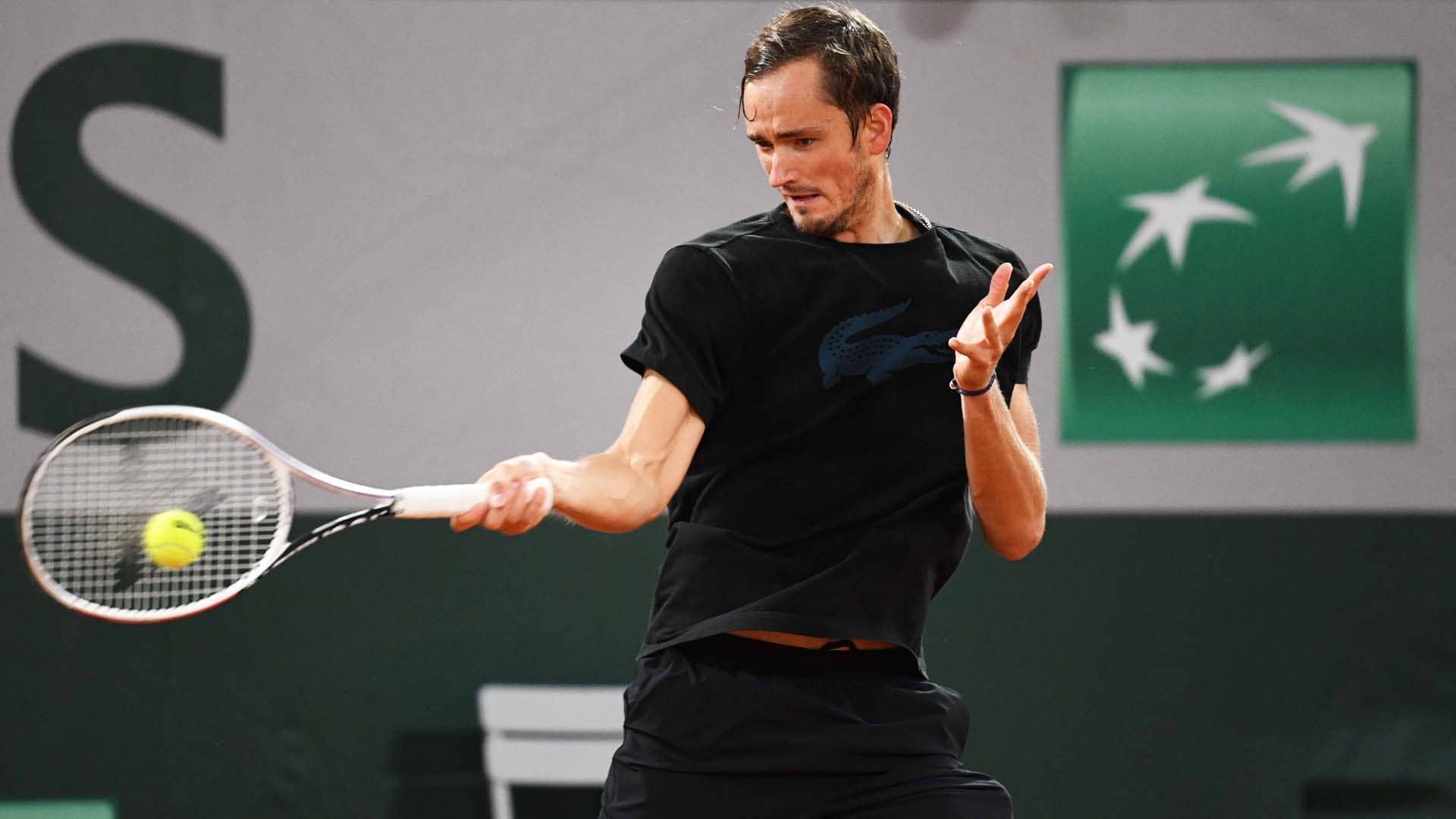 Fourth seed Daniil Medvedev will try to win his first match at this event when he plays Hungarian Marton Fucsovics. The Russian has won both of the pair’s previous tour-level clashes, including a three-set triumph at the 2018 Rolex Monte-Carlo Masters. Medvedev feels the heavy conditions might play into his hands.

“Maybe it can help me that it's a bit colder, so the balls don't fly as much, don't go as spinny,” Medvedev said. “I think it can be an opportunity for me actually, an advantage.”

Also beginning his campaign on Day Two is French No. 1 Gael Monfils. The eighth seed will have to be on top of his game against another entertaining player in Kazakhstan’s Alexander Bublik. The World No. 49 is not afraid of playing unorthodox tennis, from using his underarm serve to carving drop shots.