Dominic Thiem is playing his first event of the European clay-court season.

Dominic Thiem advanced to his fourth Mutua Madrid Open quarter-final on Thursday with a 7-6(7), 6-4 win against Alex de Minaur.

The Austrian saved a set point at 6/7 in the first-set tie-break and saved four of the five break points he faced in the second set to earn his 15th victory at La Caja Magica (15-4). Thiem, a two-time runner-up in Madrid, has reached the quarter-finals or better at each edition of the tournament since 2017.

“There were many long rallies, [which is] exactly what I need right now,” Thiem said in his post-match interview. “I am very, very happy again with my performance… It was nice. I love the conditions, the court and the tournament.”

After recovering from a break down in the opening set, Thiem fired a pinpoint backhand passing shot down the line to save set point in the first-set tie-break. The 27-year-old earned two service breaks in the second set to record his third straight-sets win in four matches against De Minaur. Thiem, who is making his first appearance since the Dubai Duty Free Tennis Championships in March, is yet to drop a set this week. 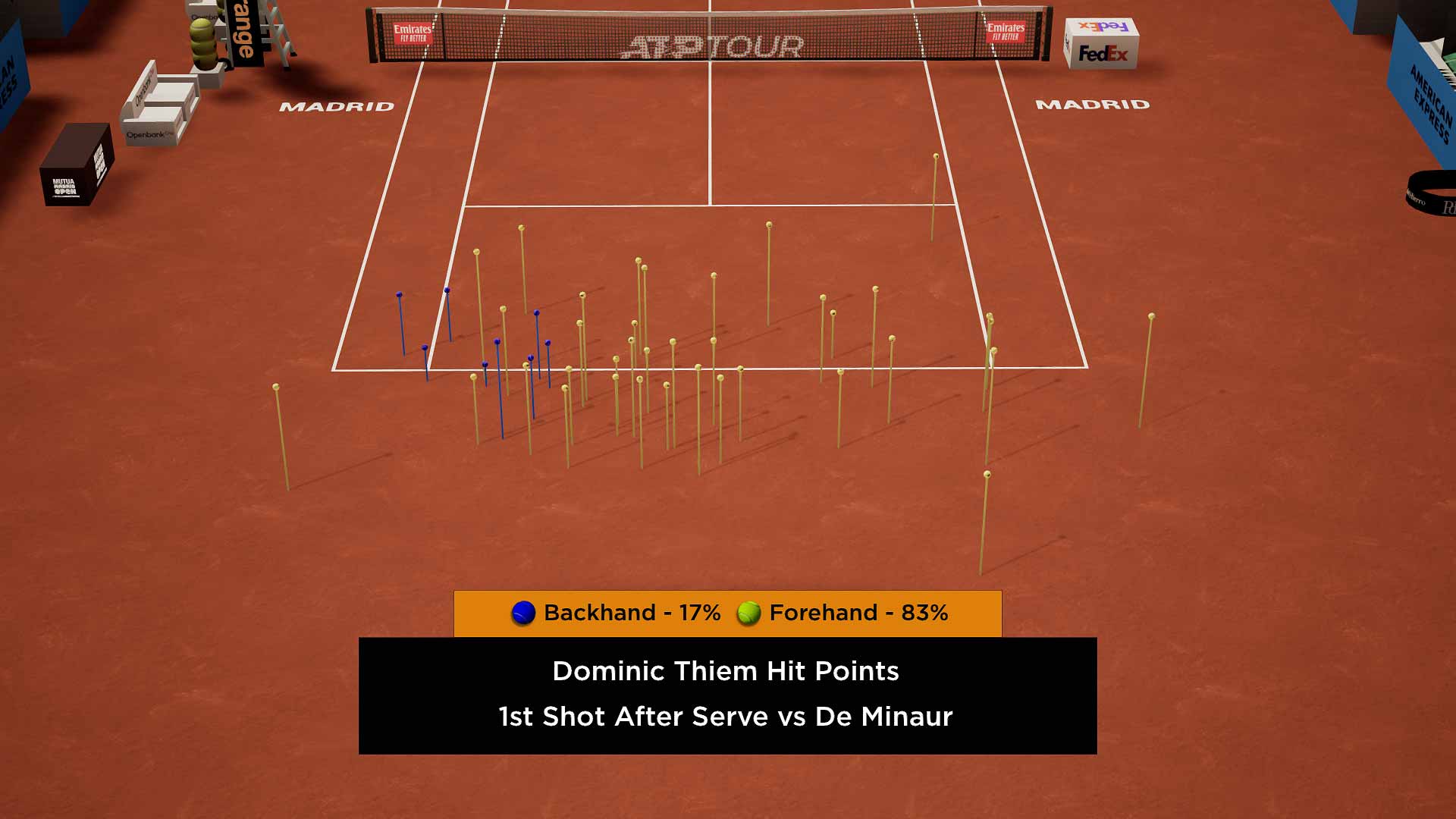 
“Everything has to be a little more relaxed again to be in the match mode. I lost a little bit of intensity after winning that close first set. I have to get back in a rhythm, but the more matches I play against these top guys, the quicker I will get back in the match rhythm I need.”

De Minaur was aiming to reach his first ATP Masters 1000 quarter-final. The 22-year-old, who moved past Jaume Munar and Lloyd Harris en route to the third round, owns an 11-9 record this season.

Thiem will face John Isner for a place in the semi-finals. The American outlasted Monte-Carlo runner-up Andrey Rublev 7-6(4), 3-6, 7-6(4) in a two-hour, five-minute battle on Arantxa Sanchez Stadium. Thiem owns a 2-1 ATP Head2Head record against Isner.