Dominic Thiem enjoyed watching the rise of Carlos Alcaraz and Jannik Sinner when he was injured last season.

Exclusive: Getting The Thiem Train Back On Track

They were the words Dominic Thiem had been waiting 14 months to hear. When they came, following his first-round victory over Emil Ruusuvuori last week in Bastad, the 28-year-old could finally exhale.

For the Austrian, it was a special moment and a landmark point in his return from a right wrist injury that forced him to miss the second half of last season, a layoff that was followed by a struggle for form in the opening months of 2022.

“The win felt very good and it was much needed,” Thiem told ATPTour.com. “The ATP Challenger [Tour] event in Salzburg the week before was also a step in the right direction, with a win there and with a tight loss in the next round. I felt there was a big improvement compared to Roland Garros and the other tournaments.

“Crucially, I was able to back it up in Bastad with two very good wins against two Top 50 opponents, so that was very good and amazing for my confidence. It is way more fun to win some matches and build some momentum and confidence, and that is exactly what I am going to take forward.”

Thiem, who also defeated Roberto Bautista Agut en route to the quarter-finals last week, was No. 5 in the Pepperstone ATP Rankings last June when he was forced to retire against Adrian Mannarino in Mallorca due to injury.

After being sidelined for nine months, the 28-year-old sat at No. 50 when he returned to competitive action at a Challenger event in Marbella in March.

Despite being a 17-time tour-level champion, Thiem struggled to make an impact in matches during the European clay swing, holding a 0-6 tour-level record on the year before he finally tasted victory in Bastad. It was a testing time for the 2020 US Open champion.

“In the spring it was not easy to stay positive as I lost one match after another,” Thiem admitted. “Also, the way I played, I felt it was not enough for the level of those guys. I went into those matches with the knowledge that I am not even able to win, so that was very difficult.

“Mentally it was not easy. After Roland Garros, I sat down with my team and said I needed another training block to get back to the basics and get somewhere close to my old level. Now it is getting nicer again. It was not that nice in the spring. It is very tough if you lose and go to the practice court for five days and then the next match you lose again. It is very tough.” 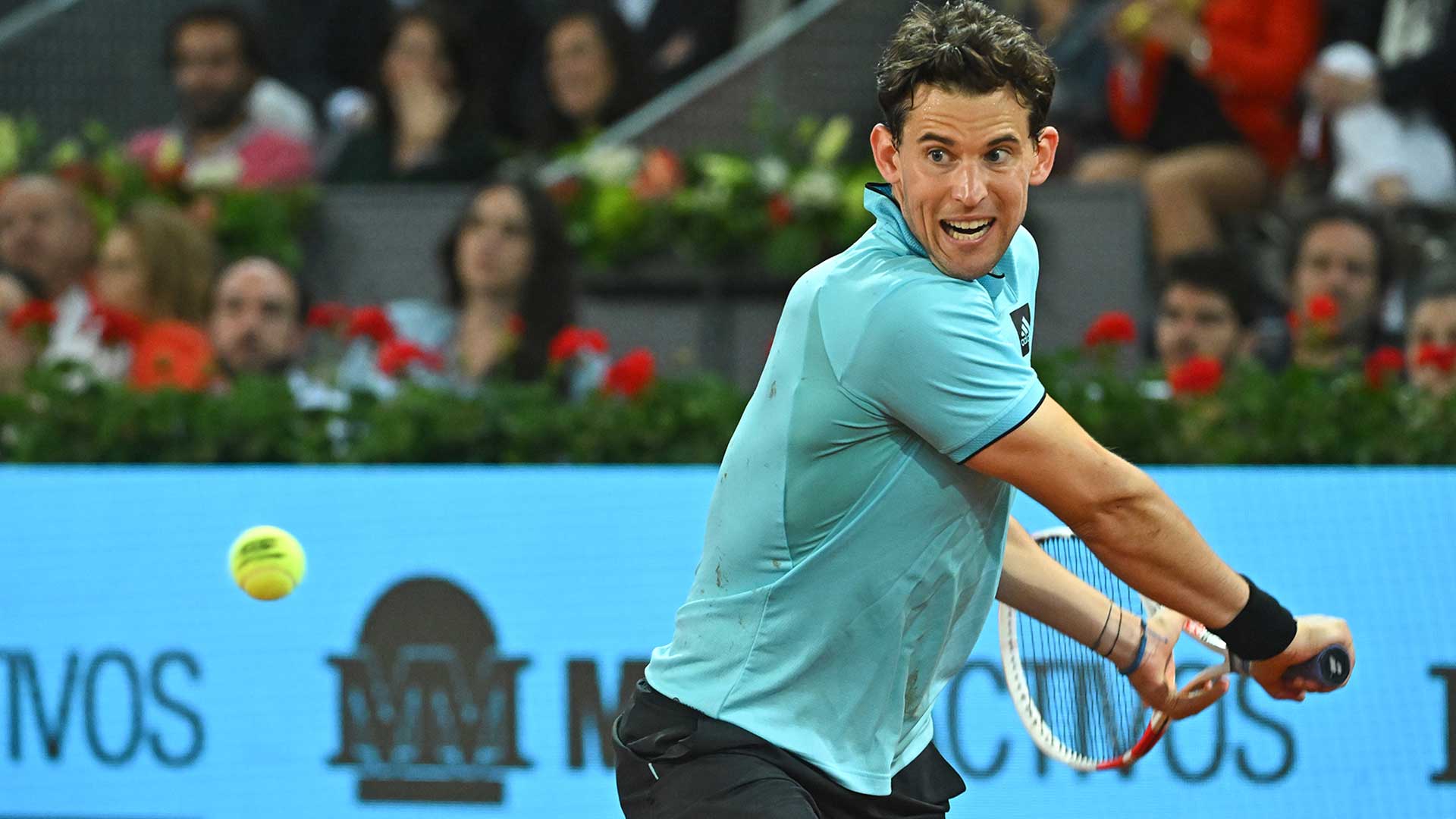 Photo Credit: Corinne Dubreuil/ATP Tour
With the nature of sport, injuries occur and challenges will arise. For Thiem, the difficulties he has faced over the past year have changed his outlook on playing on the Tour.

“I feel now a bit like I did at the beginning of my career, where every win was something very special. I reached the quarter-finals in Bastad at an ATP 250 and it feels huge to me,” Thiem said. “It was similar at the start of my career. When you are used to going deep, a match win is not as special anymore. But that is not the way it should be. The level is so high, all the players are playing so well, so every match win should be special and that is how I am feeling again now.”

Since making his ATP Tour debut in 2011, fans have become accustomed to seeing Thiem time the ball immaculately and demonstrate precise footwork. The Austrian felt that his lack of match action for nine months meant these areas of his game suffered, impacting his level.

“The problem was I just didn’t hit enough because I didn’t have enough time. That was the biggest problem along with the fact that I was missing those match situations,” Thiem said.

“I am a player who always needs a little time after such a long time off. Even after the off-season, I need some matches to get my anticipation back, and footwork, and then I was out for one year, so all of that suffered a lot. I also didn’t have more than one match a week, so it was impossible to improve. It was a bad time, but I'm pleased I am out of it.”

Last summer, Thiem spent the first four weeks of his recovery travelling as he looked to make the most of a rare bit of time out, enjoying a trip to Berlin while he attended sporting events around Europe.

Although a frustrating period of rehabilitation followed, the Austrian admitted he continued to keep a close eye on the Tour.

“I started to watch again from the US Open onwards. It is a little bit different if you watch from some distance. For 10 years I was almost at every tournament, so watching on TV is different,” Thiem said. “But now you see way more stuff and I also thought ‘How good are they playing!’ It is unbelievable I was there just one year ago, so you appreciate the level much more." 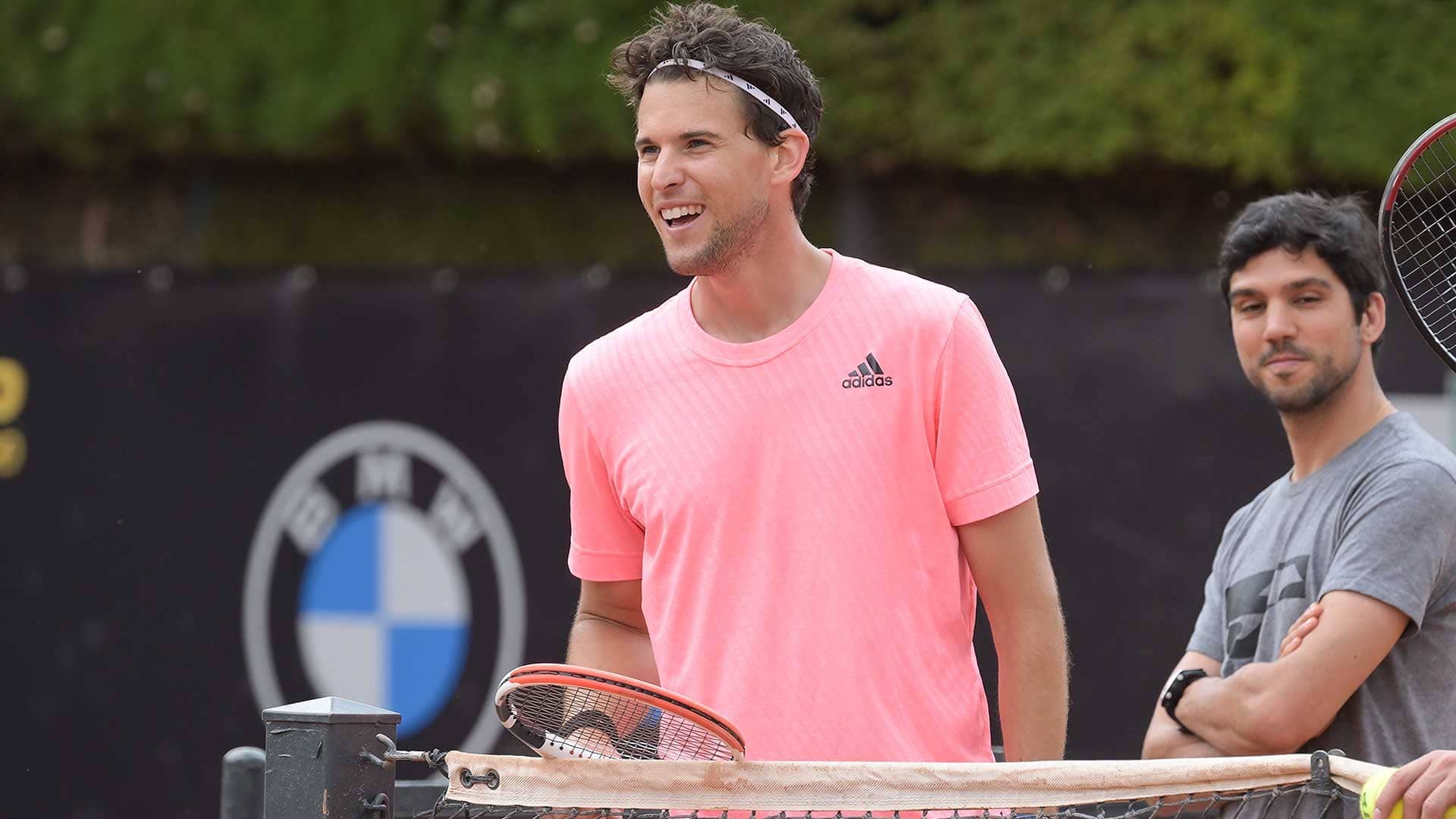 Photo Credit: Peter Staples/ATP Tour
While Thiem was impressed with what he saw, two players stuck out.

“I played against Jannik Sinner at an exhibition and hit with him at many tournaments, so I knew he was coming to the top and he was good [to watch],” Thiem added. “He has been there for a while and he will probably be even higher soon.

“I knew Carlos Alcaraz, but he made the big breakthrough when I was not there. But I saw him quite a lot because he won Umag and then he played in Kitzbuehel and he lost to an Austrian guy [Alexander Erler] and I saw that whole match. You could see it was not going to take long for him to break through. You could see he was going to be in the Top 10.

“Hopefully I will play them soon as it is always exciting to face new players as I have faced most of the guys already and know them quite well. I can imagine it is not that fun to play against Alcaraz. It must be really hard!”

With his game on an upward trajectory, Thiem may meet Alcaraz and Sinner in the coming months as he bids to gather momentum and climb the Pepperstone ATP Rankings again, starting at the EFG Swiss Open Gstaad this week. The Austrian's aims moving forward are clear.

“The main goal is to regain my best level by the end of the season. To play the way I was before when I step on court. To think I am able to win against any opponent,” Thiem said. “That is not going to happen now or probably by the US Open, but by the end of the year, that is the goal.