Dominic Thiem trails by a set and a break in his Rio de Janeiro quarter-final against Gianluca Mager.

Thiem Given Reprieve By Rio Rain

ATP Staff
This article contains:
Top seed down a set and a break, match to be completed on Saturday

Dominic Thiem has had to battle hard all week at the Rio Open presented by Claro, but he found a way to win his first two matches in three sets. The top seed will have to dig deep again in his quarter-final against Italian qualifier Gianluca Mager, whom he trails by a set and a break. But the Austrian will be able to sleep on it after rain suspended play for the evening after midnight local time in Brazil.

Mager, competing in his first ATP Tour quarter-final, leads 7-6(4), 2-1 against the World No. 4, who triumphed in Rio de Janeiro in 2017. The Italian has saved four of the five break points he has faced, and he has yet to drop a set in qualifying or the main draw.

The World No. 128 is playing in only his eighth tour-level match, and three of those have come this week. Mager, a three-time ATP Challenger Tour champion, earned his first ATP Tour main draw win of the season at the Cordoba Open before falling against then-World No. 47 Pablo Cuevas.

If Thiem rallies to reach the semi-finals of his first clay-court event of 2020, he will surpass Roger Federer for No. 3 in the FedEx ATP Rankings on Monday. The winner will play Hungarian lucky loser Attila Balazs or Spanish qualifier Pedro Martinez later Saturday for a spot in the final. 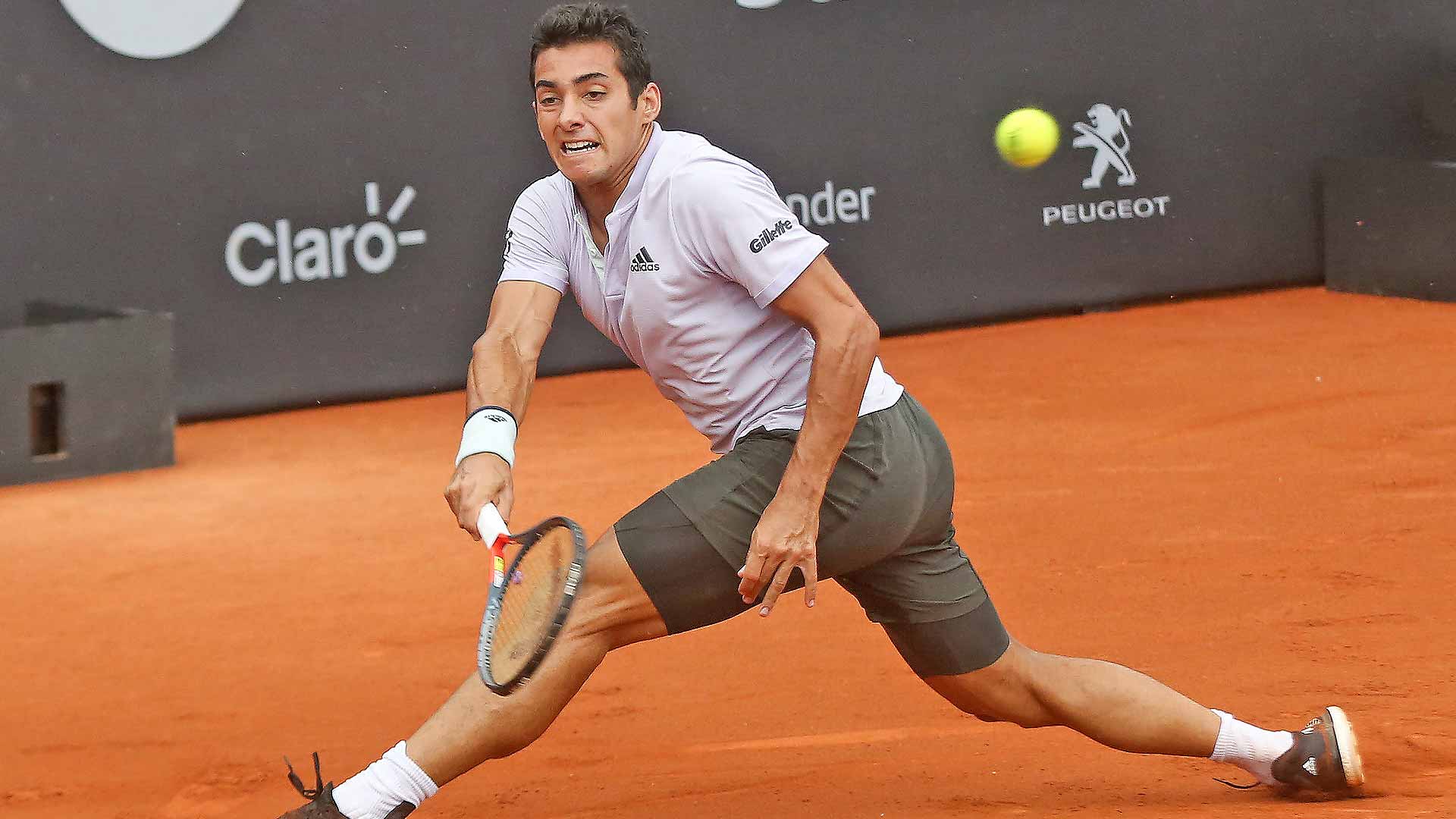 "It was a very tough fight. Federico is a player who is improving a lot," Garin said. "I'm very happy to be in the semi-finals. Tough conditions, but I won, so I want to be ready for tomorrow."

Since last April, the third seed has won his first three ATP Tour titles — all on clay — and he is now two wins from lifting tour-level trophy No. 4. Garin, who was victorious in Cordoba earlier this month, has rallied from a set down in five of his past six matches. Against Coria, he battled through the rain to overcome the inspired World No. 116 in two hours and 15 minutes.

Garin appeared in control when he served for the semi-finals at 5-4 in the deciding set. But Coria, the younger brother of former World No. 3 Guillermo Coria, did not hand the Chilean the win. Garin was unable to land a knockout blow, allowing the Argentine back on serve.

But Garin broke back immediately, crushing an inside-out forehand winner to earn another chance to serve for the match. And this time, he did not let slip his chance, raising his arms in celebration after Coria missed a forehand return long.

Garin, who won 76 per cent of his first-serve points, will next play fifth seed Borna Coric. The Croat finished his 7-6(5), 6-3 win against Italian Lorenzo Sonego just before the suspension of play.

Coric's match was originally suspended for nearly four hours with Sonego leading 5-4 in the first set.

“[I am] very pleased. I have to say that I think this was my best match of the season apart from the [win against] Thiem in the first match [of the year at the ATP Cup]. This was the best by far,” Coric said. “I was prepared for [the rain]. I expected it, and you just need to deal with it.”