Dominic Thiem has won seven of his past 10 meetings against Novak Djokovic, Rafael Nadal and Roger Federer.

Has ‘The Big Three’ already morphed back into ‘The Big Four’ and we have not yet recognised it?

Novak Djokovic, Rafael Nadal and Roger Federer headline the Big Three in tennis. Andy Murray was also a part of this elite group in his prime before injuries interrupted his career. But is there is a fourth player that statistically already measures up?

An Infosys ATP Beyond The Numbers analysis of Thiem’s body of work since the start of the 2019 season identifies the Austrian is already standing shoulder-to-shoulder with Djokovic, Nadal and Federer. And, in some metrics, is already leading the quartet.

Since the beginning of 2019, Thiem has more ATP Head2Head wins in this grouping of four players than any other.

With two ATP Tour Masters 1000 series events looming (Cincinnati and Rome) as well as the US Open and Roland Garros, Thiem has all the tools to take titles in any of those events. To better understand Thiem’s strengths, you need to look no further than three recent victories over Djokovic, Federer and Nadal.

2019 Nitto ATP Finals, Round Robin: Thiem d. Djokovic 67(5) 63 76(5)
Thiem throttled Djokovic with a forehand barrage from start to finish. Thiem average hitting forehands at a break-neck 83mph, which was much faster than Djokovic’s average of 73mph. In the third set, Thiem upped the ante to 85mph while Djokovic dropped down slightly to average 72mph on his forehand wing.

Thiem hit Djokovic off the court. That looks good on the resume of anyone wanting to expand the Big Three to the Big Four. Thiem said post-match that it was maybe the best match he has ever played.

Thiem not only crushed forehands, but he did so from a vastly superior court position. Thiem hit 30 per cent of his forehands from inside the baseline, while Djokovic managed just 16 per cent. Thiem is widely renowned for playing deep in the court on clay, but he perfectly adjusted his court position to the indoor hard court at the O2 arena. Thiem only hit 22 per cent of forehands from further than two metres behind the baseline, while Djokovic was double that at 44 per cent. The following two Hawk-Eye pictures clearly illustrate Thiem’s superior court position when hitting forehands. 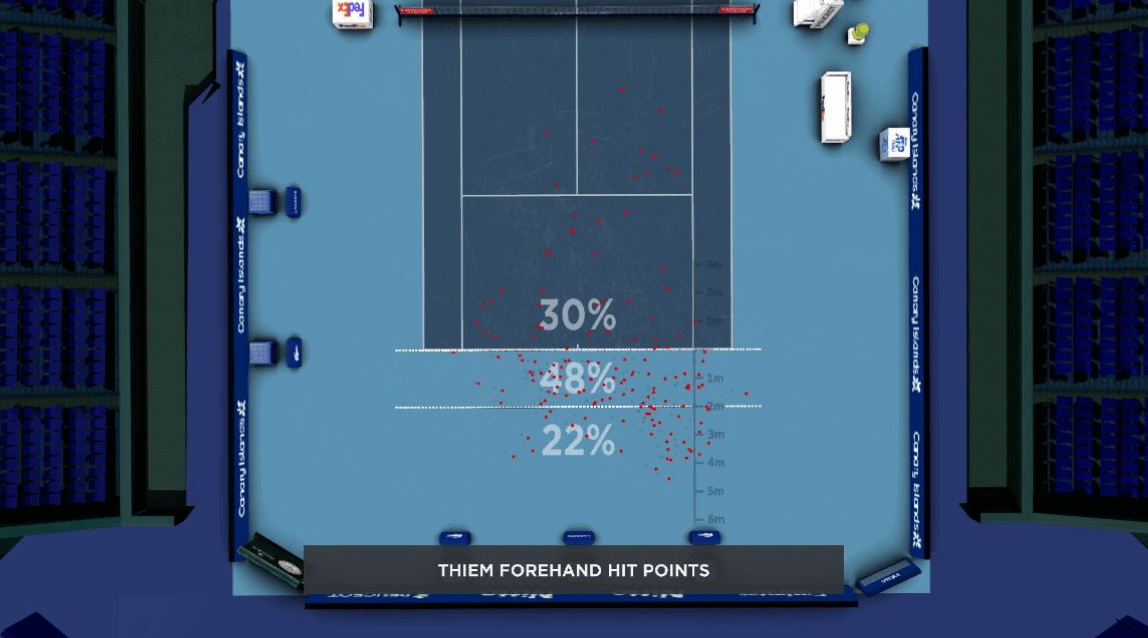 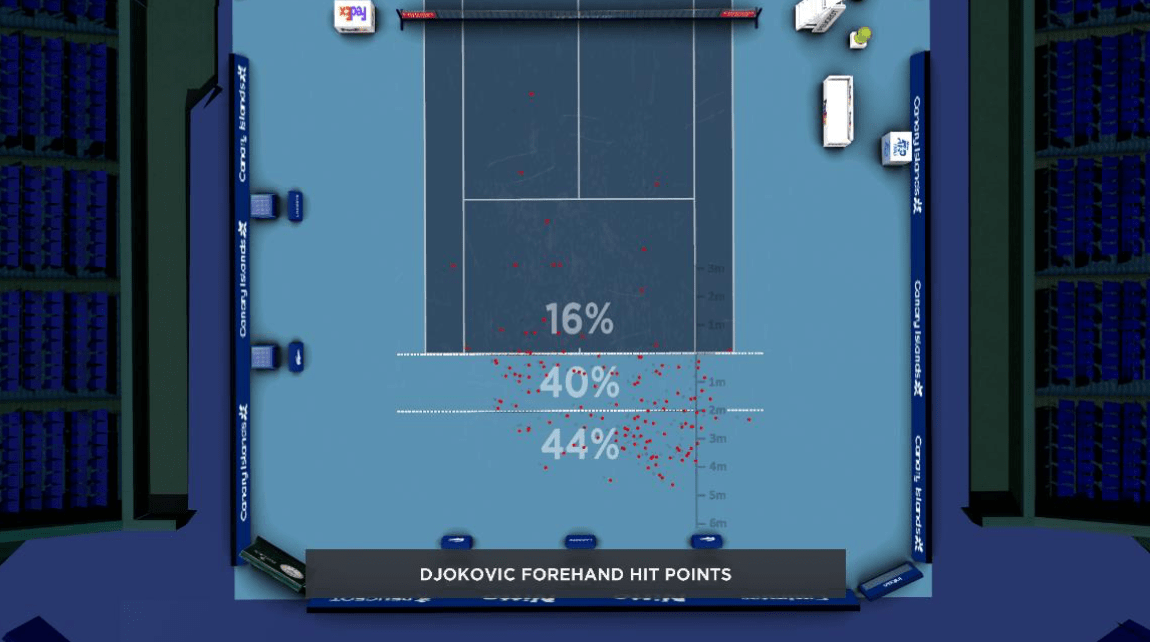 Thiem took a while to wind up, but ended up blowing right by Federer at the finish line by really attacking the second serve.

The average rally length was 4.2 shots, and there were 36 lactic-acid-inducing rallies of nine shots or longer. Thiem remarkably won double the amount of points as Nadal in this metric, winning 24 to 12.

Thiem is beating the Big Three at their own game. He is currently No. 3 in the FedEx ATP Rankings. He has the power, consistency, and mental fortitude to take the final two steps when tennis finally resumes.