Dominic Thiem recovered from a two-sets-to-love deficit for the fourth time in his career on Friday night in an electric atmosphere on John Cain Arena.

The third-seed Austrian, who finished runner-up to Novak Djokovic last year, lived to fight another day after suppressing the power of Nick Kyrgios and a vocal crowd in a 4-6, 4-6, 6-3, 6-4, 6-4 third-round victory at the Australian Open.

“There are easier things than playing Nick at his home tournament on his favourite court,” said Thiem. “He is a huge player when he is on fire like today. When I was down two break points in the first game of the third set, I was considering the prospect of losing. But I kept fighting and with the break in the third set, I thought there was a chance to turn it around. The longer the match went on, the more comfortable I felt.

“I stood further behind the baseline to return his serves in order to read his serve better and I got more looks to break him. I always prefer playing in front of a crowd, even if they are for their local hero, but I accepted it. Tonight was epic and it was a great match.”

Thiem will next play Bulgarian No. 18 seed Grigor Dimitrov in the Australian Open fourth round on Sunday. Dimitrov leads 3-2 in their ATP Head2Head series, including victories in their last two matches in the 2017 Nitto ATP Finals title match and at the 2019 Rolex Paris Masters.

You May Also Like: Dimitrov Moves Past Ailing Carreno Busta In Melbourne 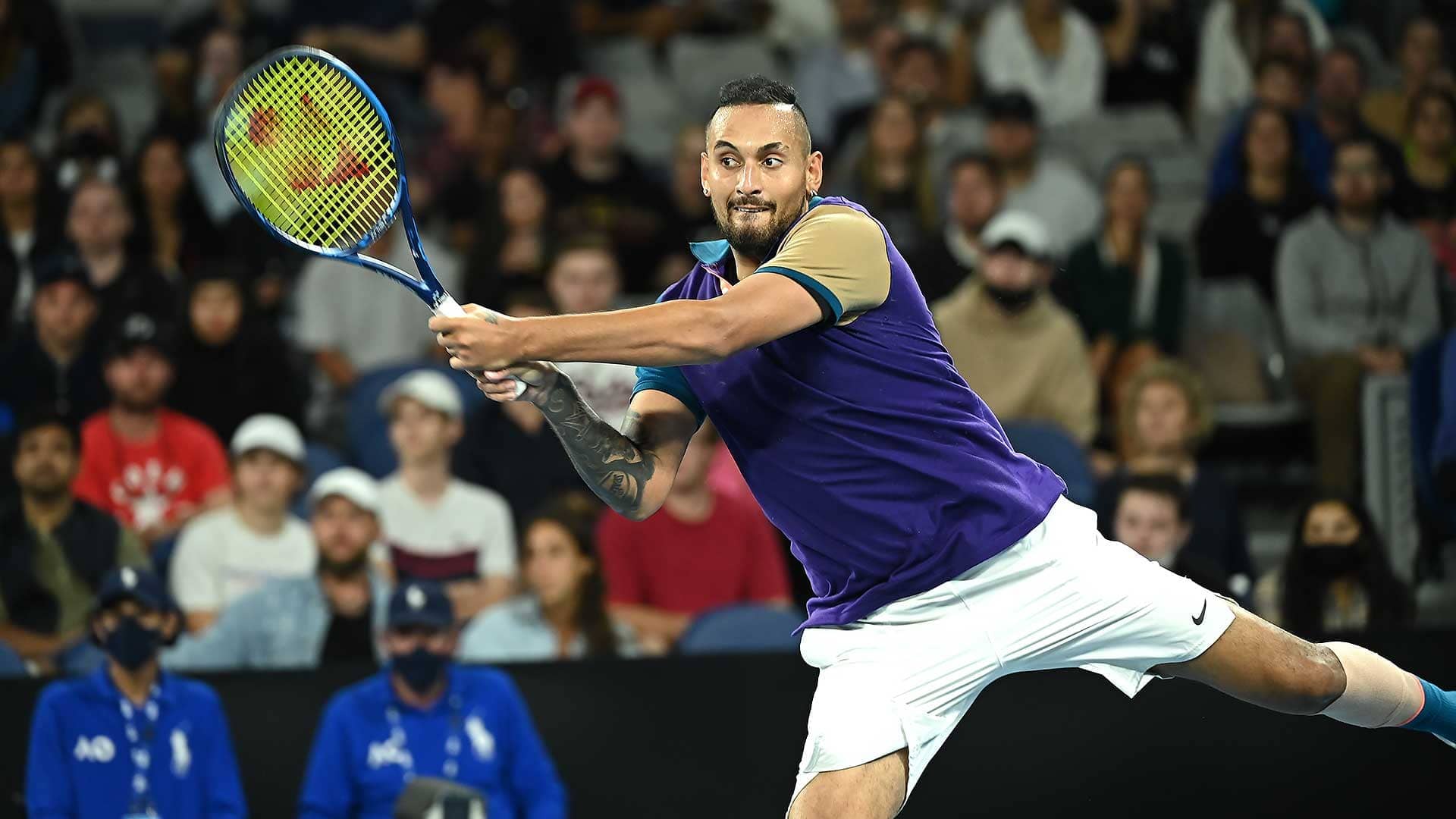 Thiem stared down the barrel at 15/40 in the first game of the third set, but came up trumps by winning four straight points. With no emotion, Thiem broke Kyrgios in the next game and went on to consolidate the break for a 3-0 lead. The tide was turning.

Kyrgios grew frustrated with his lack of return potency when Thiem held to love at 5-3, triggering a response from the Australian crowd. Thiem kept chipping away and gained the breakthrough at 4-4 in the fourth set with consecutive groundstroke errors, prior to saving one break point in the next game.

When Thiem hit a deep backhand return, which Kyrgios could not return cleanly on break point at 3-3 in the deciding set, it was the first time the Austrian had led in the match. Three hours and three minutes were on the clock.

The stroke proved to be decisive. Thiem remained rock solid on serve and completed a memorable win with a single-handed backhand winner down the line. It was the Austrian’s 57th winner.

Kyrgios, who won 88 of 108 (81 per cent) of his first-service points, was quick to congratulate Thiem. It was Kyrgios’ sixth match, and second tournament, since returning from a 11-month absence.

“It was an amazing atmosphere,” said Kyrgios. “The energy out there was special. But I'm still proud of myself. I was 11 months away from the game, and to produce that level and go toe-to-toe with one of the best players in the world, I'm pretty proud. I left it all out there. I actually physically felt pretty good. I'm sore now.

“He's a hell of a player. He's so disciplined. He's so composed. His level doesn't drop. [There was a] couple [of] points in it. I'm not disappointed at all. I'm super proud of everything I've done the past couple of months to get ready for it.”

The 25-year-old Kyrgios had initially electrified the crowd by breaking Thiem in the first game of the match, then again at 4-4 in the second set courtesy of groundstroke errors. The Australian had been bidding to end a seven-match losing streak against Top 5 players at Grand Slam championships.