Dominic Thiem has won all three of his matches at Roland Garros this year in four sets.

World No. 4 Dominic Thiem has reached at least the semi-finals at Roland Garros in three consecutive years. And although he has not made it easy on himself this time around, the Austrian star is still alive, and that’s what counts.

"It was my best match so far at the French Open. Not at all perfect yet, but the best so far," Thiem said. "He played well, especially in the beginning and then at the end of the match."

The 2018 finalist has not won in straight sets once through three matches. But Thiem has also managed to avoid any true scares, winning three four-setters to reach the Round of 16 of a Grand Slam for the 10th time. The fourth seed avenged a four-set loss against Cuevas that he suffered at Roland Garros four years ago, breaking serve seven times to move past the veteran World No. 47.

Cuevas broke in his first return game of the match to show that he was ready for a battle. But the Uruguayan made 24 more unforced errors than Thiem, proving costly in crucial moments.

"I had a very bad start, but then I played very well," Thiem said. "The third and fourth [sets were] solid. I think it was quite a good clay-court match."

Thiem led by a break in the fourth set, but Cuevas raised his level, engaging in aesthetically pleasing one-handed backhand-to-one-handed backhand rallies to get back on serve. But at 5-5, Thiem locked down his game and regained his advantage when the Uruguayan bunted a backhand down the line into the net. The Austrian then closed out his victory with an overhand smash into the open court, taking a 4-2 lead in his FedEx ATP Head2Head series with the 33-year-old.

Thiem has showed in recent months why he is one of the leading favourites at the year’s second major, capturing his maiden ATP Masters 1000 title at the BNP Paribas Open on hard courts, before dusting off his clay-court shoes with a triumph at the Barcelona Open Banc Sabadell, where he defeated Rafael Nadal in the semi-finals in straight sets. 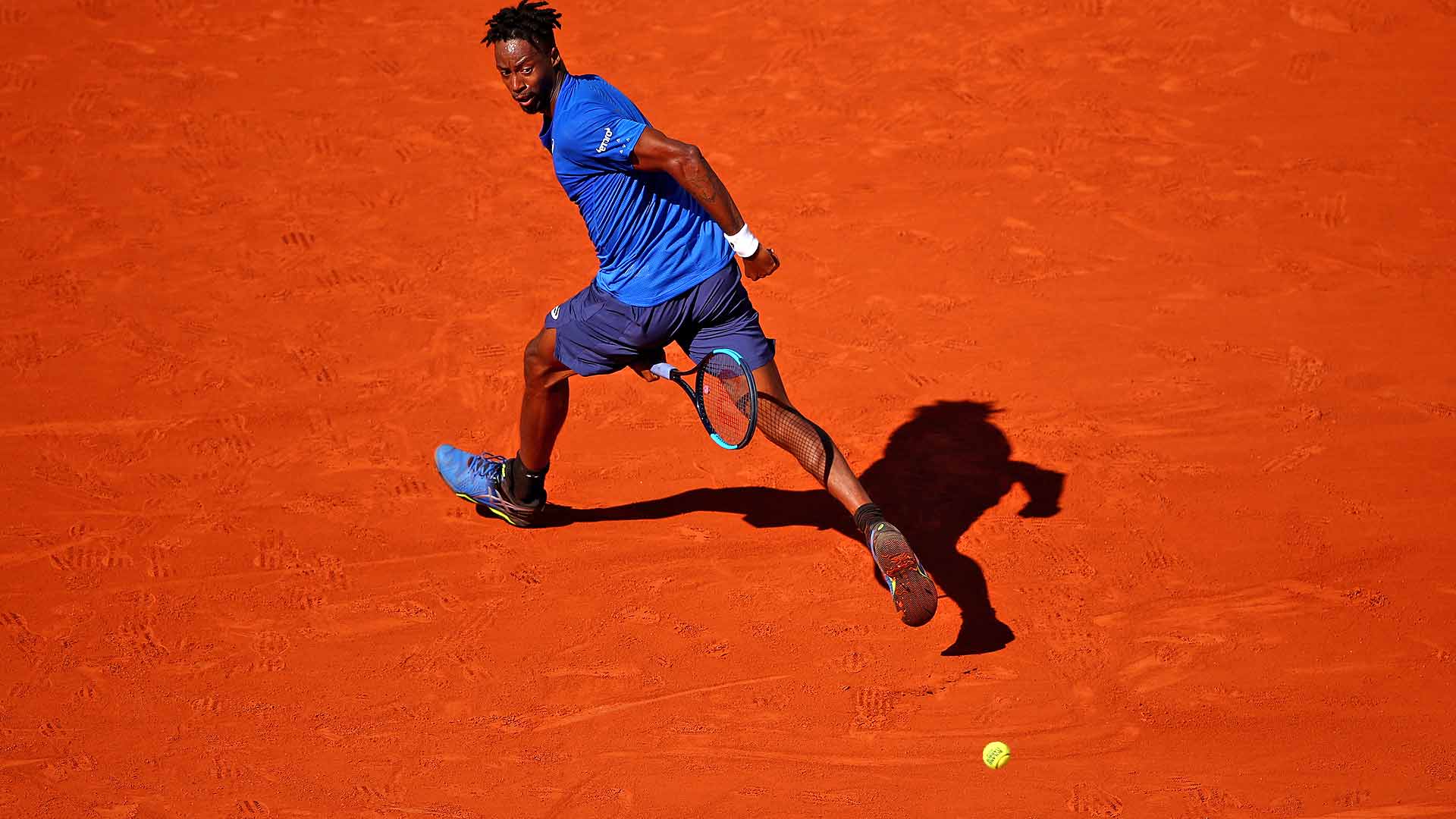 It will not get any easier against Monfils, who had little difficulty dispatching his 23-year-old countryman, Antoine Hoang, 6-3, 6-2, 6-3 in two hours. The No. 14 seed remains perfect against fellow Frenchmen at Roland Garros, moving to 7-0 at his home major.

"I'm happy the way I played today. I was very solid. I'm getting my confidence back," Monfils said. "It was great for me to have another straight-sets win for me on the centre court, to have a feel."

Monfils was never outside his comfort zone against Hoang, who was competing in a Grand Slam main draw for the first time, playing dogged defence to force his younger opponent to beat him with something special. The match could be viewed through the prism of the set point in the second set, as Monfils covered the entire baseline, sliding into a forehand that he shoveled down the line perfectly for a winner using a continental grip, turning to the crowd asking for it to make some noise for his efforts.

Hoang made 54 unforced errors, though, and Monfils took advantage by breaking six times to book an eighth trip to the Round of 16 here. He will try to earn his first victory against Thiem, who has won all four of their previous FedEx ATP Head2Head meetings.

"I feel good. The next match is going be a tough one. Obviously Dominic is in great form. He's one of the top three guys [who has] potential to win the tournament," Monfils said. "Facing him in the fourth round won't be easy, but as I said, I feel good. I'm at home, so anything is possible. So I'm just going to give a shot for this one."

Did You Know?
Thiem has won five consecutive sets against Monfils. However, their most recent meeting came last year in Buenos Aires.