How Thiem Broke His Own Patterns To Beat Nadal

Dominic Thiem’s strategy was clear on Tuesday at the Nitto ATP Finals: attack Rafael Nadal’s backhand at all costs. Deviating from that tactic in the key moments, however, made the difference in his 7-6 (7), 7-6(4) victory at The O2 in London.

According to the ATP Infosys Second Screen, Thiem hit 68 per cent of his forehands to the Deuce court — where Nadal strikes his backhand — in the match. But in rallying from 2/5 down in the first-set tie-break, the Austrian star surprised Nadal with three inside-out forehand winners to the Ad court to take the set and put him in prime position to win the match. VIEW ATP INFOSYS SECOND SCREEN 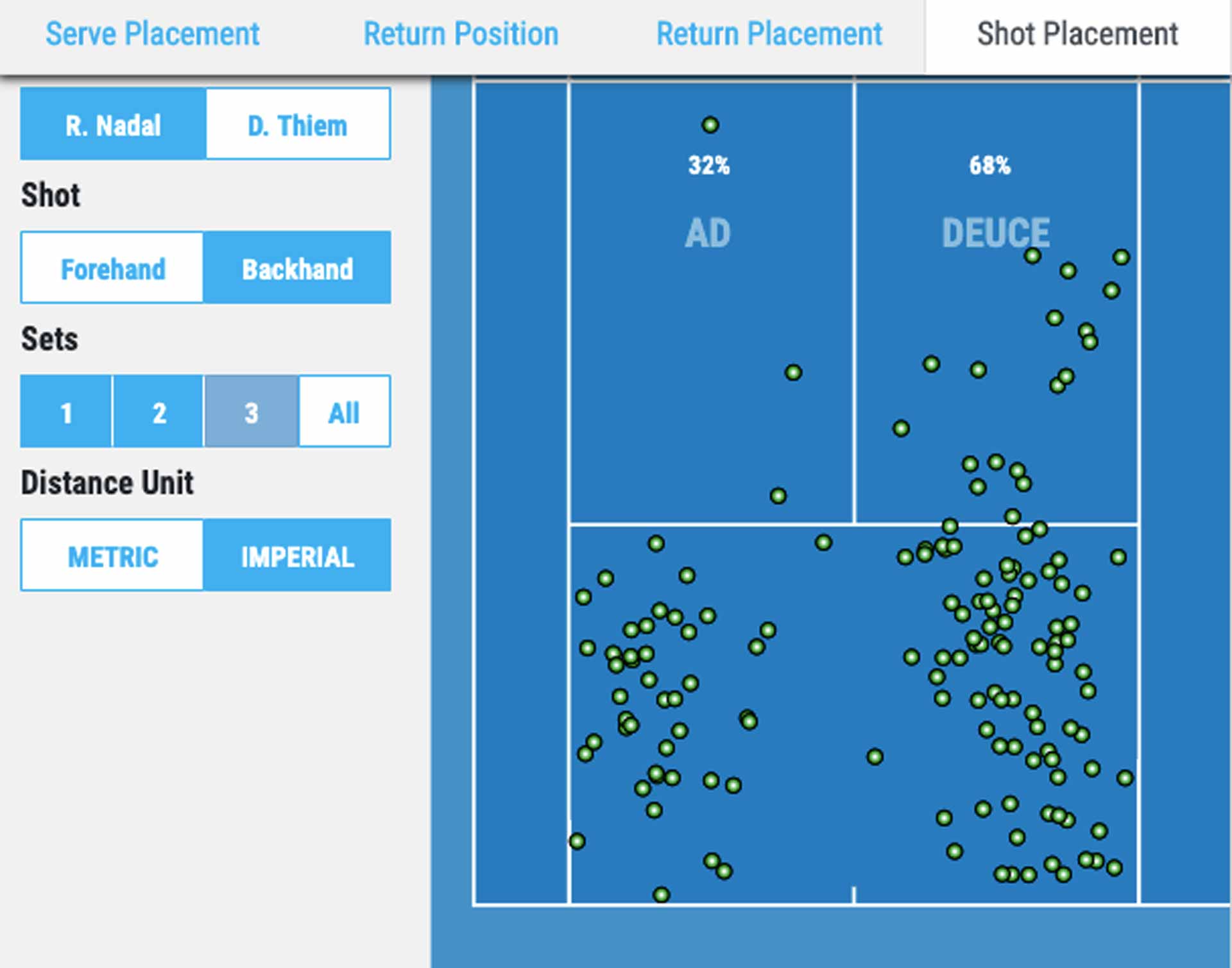 Thiem was so focussed on targeting the Spaniard’s backhand, that he hit his own backhand down the line 72 per cent of the time in the first set. Drilling the lefty into that corner provided an opening for the reigning US Open champion to unleash his massive forehand into the open court

At 2/5, Thiem hit a backhand down the line to pin the World No. 2 in that half of the court before crushing his winner. Facing set point at 6/7, Thiem first hit a forehand down the line to Nadal’s forehand. After retrieving that ball, the lefty began rushing towards the Deuce court to cover his backhand. When Thiem blasted an inside-out forehand, the Spaniard was frozen in his tracks.

Thiem took the set by hitting a heavy inside-in forehand to push Nadal into his backhand corner, before unloading an inside-out forehand into the open court. This first-set comeback was of the utmost importance, as Nadal entered their clash on a 70-match winning streak when he claimed the opening set.

Nadal's strategy was similar to Thiem's, as he hit 68 per cent of his forehands to the Austrian's backhand. But in that pivotal moment at the end of the first set, it was Thiem was who was able to break his pattern. 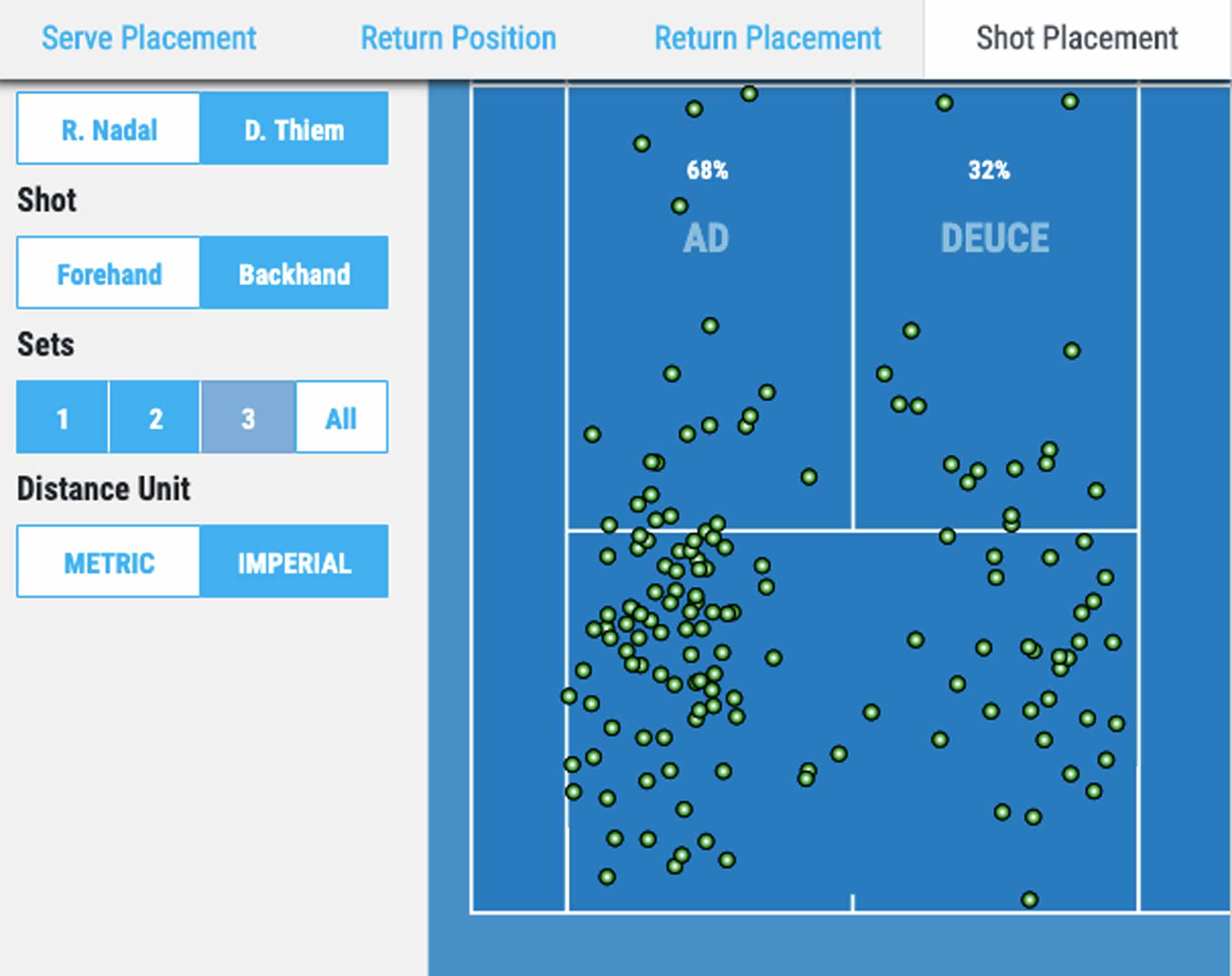 More than 39 per cent of Nadal’s first serves went unreturned in the match compared to 33 per cent for Thiem. That would typically favour Nadal in the critical 0-4 shot rally category, but that was not the case.

Thiem won 0-4 shot rallies by a 51-42 margin. Nadal claimed 23 of 37 points that featured rallies of nine shots or more, but it was not enough to defeat the Austrian in a razor-tight clash.

Did You Know?
Thiem entered this Nitto ATP Finals with a 3-5 tie-break record at the season finale in 14 previous matches. In two matches at The O2 this year, he is 3-0 in tie-breaks.