Dominic Thiem and Andrey Rublev are tied at 2-2 in their ATP Head2Head series.

Andrey Rublev and Dominic Thiem spilled their guts on the court Tuesday, with different results but the same extraordinary level of intensity. Thiem beat Rafael Nadal in a pair of tie-breaks in the matinee with tennis that was off the charts good.

And then the Russian boxing aficionado took a body blow in his first set against Stefanos Tsitsipas, losing 6-1 in 21 minutes. But he dusted himself off, won the second set, and had a match point in the third set tie-break, which he lost on a double fault. Tsitsipas took the next two points and the match, knocking Rublev out of contention for the tournament’s semi-finals.

It was a heart-breaking loss for Rublev, but he said that he was happy with how he stayed mentally tough in the match.

“This is the only thing I can take to play against Dominic, because against Dominic you need to have really strong mental [strength] and then you have to play [an] amazing match,” said Rublev, 23, a Moscow native who is No. 8 in the FedEx ATP Rankings. 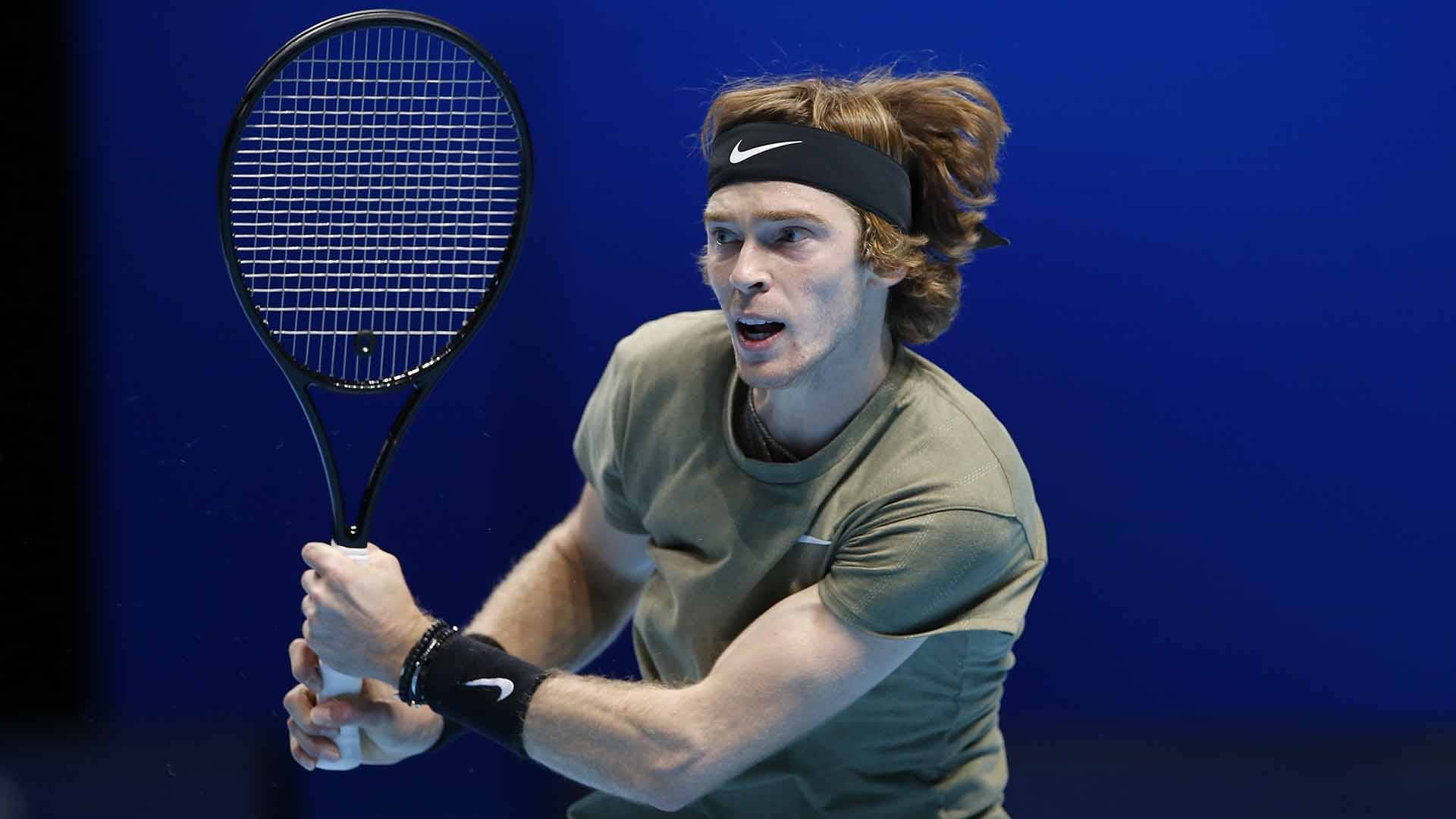 For his part, Thiem comes into his final round-robin match against the Russian assured of winning Group London 2020 and coming off of what he characterised as one of the best wins of his life. “Honestly, I think that today I played a little bit higher level than at the US Open and [this] was maybe the best match for me since the restart of the Tour,” he said after his Tuesday victory against Nadal.

Thiem will also want to emerge unbeaten from the round-robin stage with full confidence heading into the semi-finals, with the possibility of becoming the first unbeaten champion at the tournament since Grigor Dimitrov in 2017.

For Rublev, who wildly exceeded his expectations with five titles and 40 match wins in a pandemic-affected season, pride will be on the line. After a season of such highs, he won’t want to finish winless on his debut at the season finale.

The men have split four ATP Head2Head matches, with Rublev upsetting the Austrian champ indoors at last month’s Erste Bank Open in Vienna. They also split matches on clay in Hamburg (Rublev) and Monte Carlo (Thiem), and Thiem won their first encounter, also at the Erste Bank Open, in 2017, when Rublev was just 20.