Dominic Thiem captures his second title of the season, coming back from a set and a break down to defeat home favourite Gilles Simon in Lyon.

Dominic Thiem arrived in France for the Open Parc Auvergne-Rhône-Alpes Lyon having lost back-to-back matches on clay for the first time since 2016. Then, the Austrian had to play nine sets in the final three days of the tournament.

But nothing was able to stop the top seed — not even a set and a break deficit — from defeating home favourite Gilles Simon 3-6, 7-6(1), 6-1 to lift his 10th ATP World Tour trophy.

"I'm super happy. I fought really, really hard for this title," Thiem said. "I'm really happy that I won the title. It's always something very special. It's my tenth title, which is a great number." 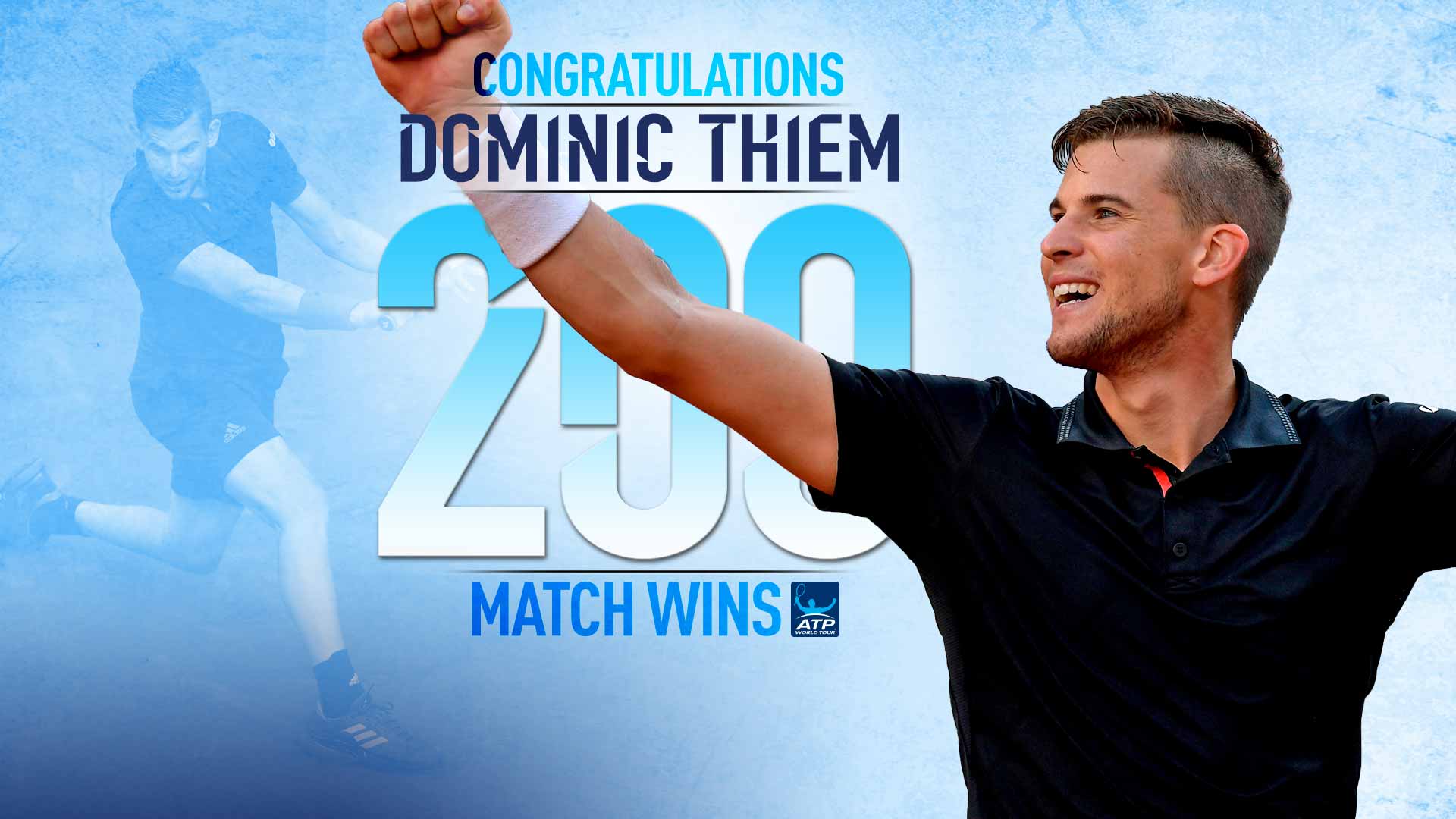 That wasn’t the only milestone for Thiem, as the Austrian also claimed his 200th tour-level match win on Saturday. The 24-year-old has now won 20 matches on clay this season to lead the ATP World Tour. He has 29 victories in 2018 overall, just one shy of Alexander Zverev’s 30, which is the most on Tour.

This is Thiem's eighth clay-court title, and it comes just weeks after ending Rafael Nadal's 50-set winning streak on clay — a record on a single surface — in Rome, before finishing off the Spaniard en route to the final (l. to Zverev). He has also won three of his championships in France.

Perhaps surprisingly for the clay-court sensation, the victory came from the brink of defeat. After finishing his quarter-final against Guillermo Garcia-Lopez on Friday morning, he played a three-set semi-final against Dusan Lajovic. All of the tennis appeared to have taken its toll on the talented Thiem.

You May Also Like: How Thiem Changes Tactics When He Changes Surfaces

But despite trailing by a set and a break, and facing two break points to stare down what appeared would be an insurmountable deficit, Thiem found his best tennis when it mattered most, racing to victory in the third set after two hours, 25 minutes to earn 250 ATP Rankings points and €89,435 in prize money.

For most of the first two sets, the Austrian's heavy groundstrokes were misfiring, while the Frenchman was comfortably awaiting an error. But Thiem struck two important winners to save the opportunities Simon had for a double-break in the second set. And from there, he dialed back his aggression and consistently used a backhand slice, waiting for the perfect opportunity to strike. And that paid dividends in the third set, as fatigue began to set in for the Pune titlist and Thiem was able to grab control.

Simon will be disappointed, as he was on the doorstep of claiming multiple titles in a season for the first time since 2011 (Sydney, Hamburg), and winning his 14th trophy overall. It also would have been the Frenchman's first victory on home soil since Marseille in 2015. He still heads to Roland Garros with 150 points and €47,105 in prize money for reaching his 20th tour-level final (13-7).

"Congratulations for the match, for the tournament and for everything you've achieved on clay. Beating Rafa in Madrid, that's impressive," Simon said to Thiem during the trophy ceremony. "It's always tough to beat you and congratulations on all the great results."

Did You Know?
Dominic Thiem now heads to Roland Garros, where he opens his campaign against Ilya Ivashka. If he advances, the Austrian will face one of two #NextGenATP players: Stefanos Tsitsipas or Carlos Taberner.