In a repeat of the 2019 Nitto ATP Finals championship match, Dominic Thiem gained his revenge on Sunday against reigning champion Stefanos Tsitsipas.

The US Open champion raised his game at the start of the third set to overcome the Greek 7-6(5), 4-6, 6-3 in two hours and 17 minutes. Thiem, who is making his fifth straight appearance at the season finale, moved to 1-0 in Group London 2020 and 5-3 in his ATP Head2Head series against Tsitsipas.

“I experienced in the past four years how important it is to have a good start in this tournament, to ideally win the first match. I am very happy that I did it,” said Thiem in an on-court interview.

Twelve months after falling to Tsitsipas in a final-set tie-break at The O2, Thiem took control of rallies with his forehand to claim a crucial advantage in the deciding set. The Austrian's victory extended his impressive record against Top 10 opposition in 2020. Thiem has won six of his eight matches against Top 10 players this season.

“Today was a little bit different [to last year]… [There were] only two breaks in the whole match,” said Thiem. “I think the conditions are pretty fast here, so I am super happy with my win. Every win against a Top 10 player at the Nitto ATP Finals is something special and every win against Stefanos is something special, because he is such a great player. He is established and has won so many big titles already.”

The World No. 3 has made a strong start to his Nitto ATP Finals campaign despite a lack of indoor preparation in 2020. Thiem is competing in just his second indoor event of the year after a quarter-final run at last month's Erste Bank Open in Vienna.

Tsitsipas was attempting to earn back-to-back victories against Thiem for the first time in his career. The 6’4” right-hander, who became the youngest Nitto ATP Finals champion in 18 years last season, is searching for his best form after early losses in his past two events in Vienna and Paris. Tsitsipas is the first defending champion to lose his opening match at this event since Roger Federer in 2008 (l. to Simon).

”He dealt with my serve better and took time to step back and apply more pressure to me [on] some of the second serves that I had early in the third set. I think that paid off for him,” said Tsitsipas.

World No. 6 Tsitsipas was put under pressure on serve in the first set, but he attacked Thiem’s backhand and closed the net to save three break points and keep ahead in the score. Thiem recovered from a mini-break down in the tie-break to take the first set. The third seed played with aggression on his forehand and was handed an important gift on his first set point.

After landing a big serve down the T, Tsitsipas opted to hit a high forehand, instead of a low overhead, after Thiem stretched to get the ball back in play. Thiem anticipated the move and turned the point in his favour with a well-placed lob to clinch the opener.

Tsitsipas responded well in the second set, as he capitalised on forehand errors and fired a forehand passing shot down the line to claim the first break of the match. The five-time ATP Tour titlist served with confidence and won nine of 12 points at the net to force the match to a deciding set. 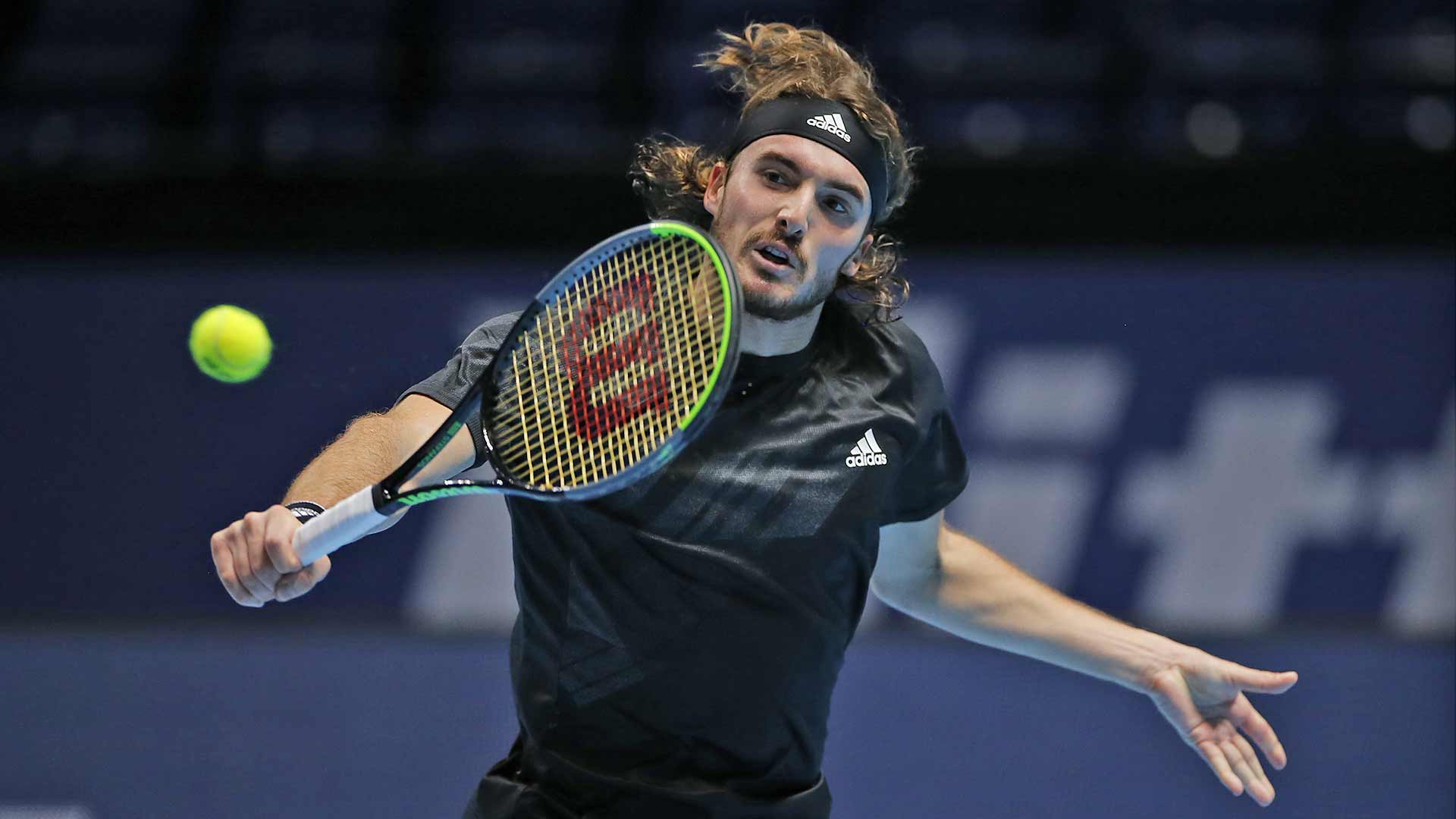 Thiem found his forehand form in the early stages of the third set, as he dictated rallies and struck winners to open a 3-0 lead. The US Open champion ended the match with a confident service hold, as Tsitsipas fired a forehand into the tramline.

Thiem and Tsitsipas are joined in Group London 2020 by two-time runner up Rafael Nadal and tournament debutant Andrey Rublev. Nadal and Rublev will contest their second ATP Head2Head encounter (Nadal leads 1-0) in the final match of Day 1.

Did You Know?
Thiem is bidding to end the season at a career-high No. 2 in the FedEx ATP Rankings. The Austrian can overtake Nadal if he wins the title with a 3-0 or 2-1 round robin record. Nadal will maintain his position if he can win two matches at this event.