Watch semi-final highlights from the Mutua Madrid Open, where Alexander Zverev and Matteo Berrettini will battle for the title after taking down Dominic Thiem and Casper Ruud, respectively. Watch live tennis streams at http://www.tennistv.com

Following his quarter-final win against Rafael Nadal, Alexander Zverev told reporters that his final-set tie-break loss to Dominic Thiem in last year’s US Open final would be on his mind when he faced the Austrian in the Mutua Madrid Open semi-finals. The German was able to use that experience as motivation on Saturday to defeat Thiem 6-3, 6-4 on Manolo Santana Stadium.

The World No. 6 earned 11 break points and broke serve on three occasions to snap a four-match losing streak against Thiem. Zverev owns a 1-8 ATP Head2Head record against the World No. 4 outside of Madrid, but he has won both his encounters with Thiem on this court. Zverev also beat the third seed in straight sets in the 2018 championship match.

“We have had some fantastic matches. We have played the biggest matches in the world. We have played Masters 1000 finals, we have played Grand Slam finals and [the rivalry] is still developing,” Zverev said in his post-match interview. “It is still going to go on for a few more years. Hopefully we will play a few more amazing matches.”

Zverev has charged through the draw to reach his second final at La Caja Magica. Prior to his win against Thiem, the 24-year-old also claimed straight-sets victories against former World No. 4 Kei Nishikori, Monte-Carlo semi-finalist Daniel Evans and five-time champion Nadal.

Zverev is aiming to win the Madrid title for the second time without dropping a set. Three years ago, Zverev faced just one break point throughout the tournament, which he saved, en route to his third ATP Masters 1000 crown.

Zverev owns a 14-2 record in the Spanish capital. The 6’6” right-hander owns more victories and a better win percentage in Madrid (.875) than any other Masters 1000 event.

After saving a break point at 1-1, Zverev directed his attack into Thiem’s forehand and capitalised on double faults to gain the only break of the first set. The German continued with his strategy in the second set to establish a 4-1 lead and, despite dropping serve late on, he converted his second match point with a crosscourt forehand winner to reach his eighth Masters 1000 final (3-4). 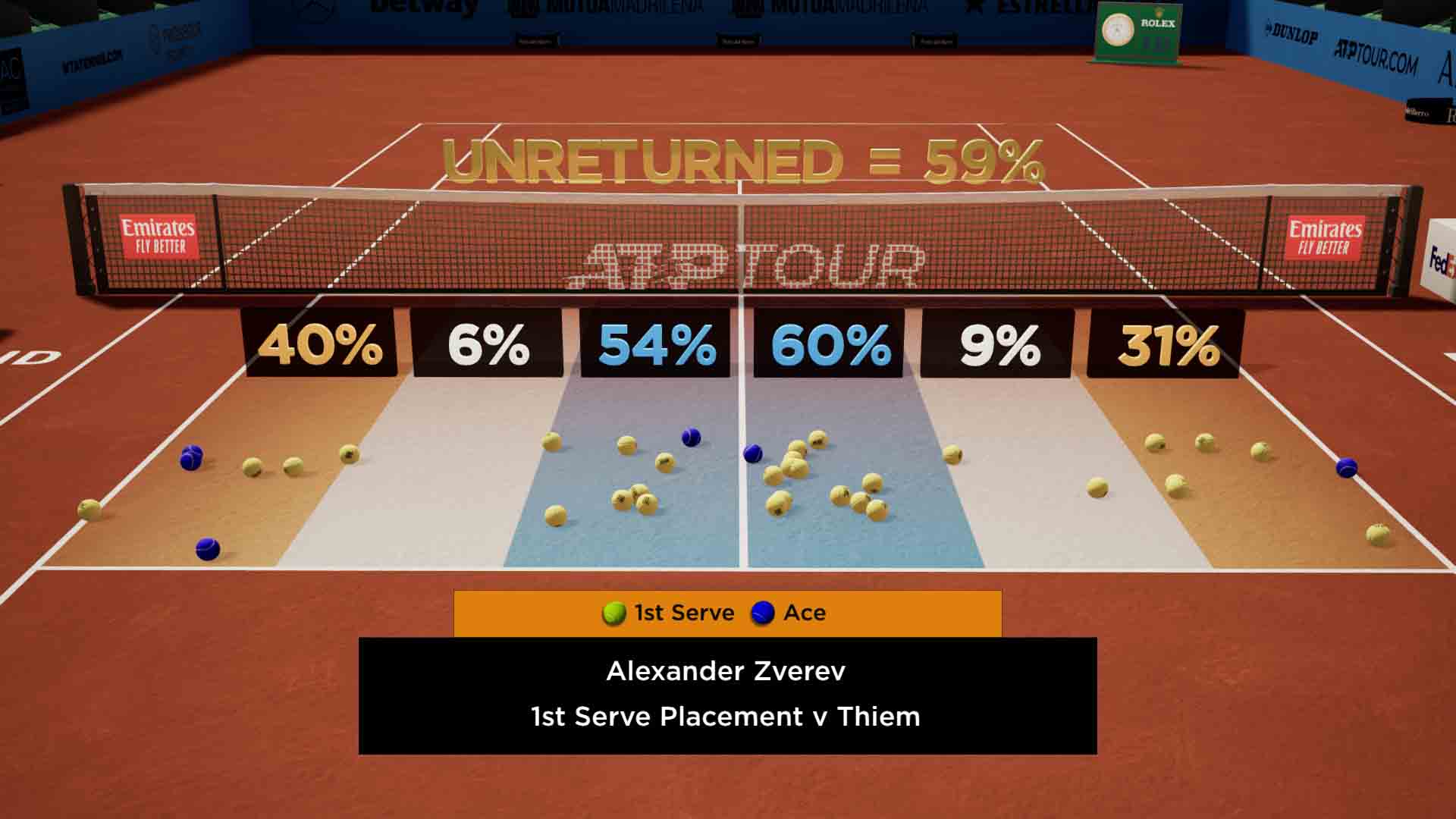 "He was just the better player today. I 100 per cent accept that," Thiem said. "In general, I'm super happy with the week. I would have never expected to be in the semi-finals. I cannot complain about anything."