Frances Tiafoe returns to the winners' circle in Parma.

Tiafoe Takes Rain-Delayed Title In Parma: "It Was A Business Trip"

For many players, returning to the ATP Challenger Tour requires a particular mindset. Whether it's a former Top 10 stalwart on the comeback trail from injury or a former Top 50 star looking to rediscover his form, it all comes down to focus and discipline.

Frances Tiafoe knows that very well. The 22-year-old adopted that precise mentality as he descended on the circuit this month. On Monday, Tiafoe capped his Challenger return with a title at the Internazionali di Tennis Emilia Romagna in Parma, Italy. He defeated Salvatore Caruso 6-3, 3-6, 6-4 in the championship.

In search of more matches and confidence, the American was all business in Parma. He would exact revenge on surging teen Lorenzo Musetti in the second round, before securing back-to-back Top 100 wins over Federico Delbonis and Caruso in the semis and final, respectively. And Tiafoe wasn't fazed as the championship match was postponed to Monday, after persistent rain resulted in a Sunday washout.

"It was a business trip. I came here for one thing and one thing only," said Tiafoe after the match. "I was able to do that, so I'm very happy. Hopefully I can build on this and win a lot of matches and get my ranking back up. Again, I'm happy and satisfied, but in the coming weeks I want to do the same. I'm going to enjoy this one and get ready for Sardinia." 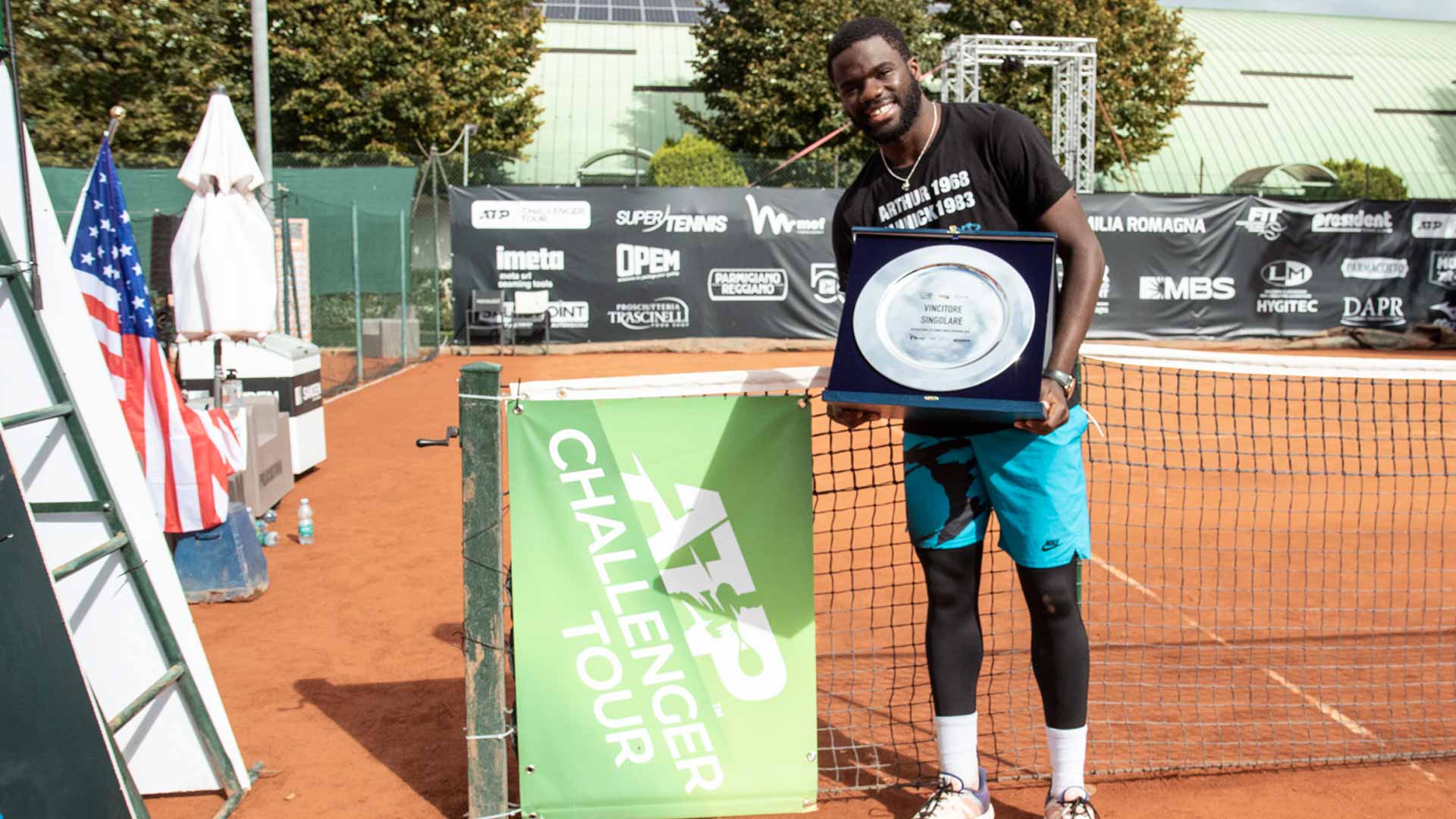 Tiafoe, who rose to a career-high No. 29 in the FedEx ATP Rankings just a year ago, had fallen as low as No. 84 in early 2020. But with new coach Wayne Ferreira in his corner, the Maryland native is pushing the reset button in his quest to rediscover his Top 30 form. Three weeks ago, Tiafoe competed at the Challenger event in Forli, Italy, where he succumbed to Musetti in the second round. It was a different story in Parma.

As Tiafoe says, it was purely 'a business trip'. The business at hand? Win five matches, boost his ranking and leave with the trophy. See goal, achieve goal. Nothing more, nothing less.

You May Also Like: Tiafoe on Musetti: "We're Going To Have Many Battles For Years To Come."

That mentality was critical to him navigating through the draw and crossing the finish line. When you've battled for nearly three years on the Challenger circuit, grinding to finally crack the Top 100 and break onto the ATP Tour, returning to that level is never easy. With fierce competition at every turn and all players just as hungry to climb the FedEx ATP Rankings, it requires a certain focus and determination. That's exactly how Tiafoe approached his Parma campaign.

"First, I'd like to get back in the Top 50 and close to the Top 30. That's where I was," Tiafoe added. "Then, in 2021 climb even higher. The guys were playing well against me this week, but I wanted to continue winning these matches and staying consistent.

"Everything was great in Parma. The staff treated me with the utmost respect. Everyone is super nice and they put on a great tournament. They try very hard and put the players first. The food was amazing and the chef even came out to the final. It was great to see him here."

Tiafoe's victory in Parma was his first title since 2018, when he claimed his maiden ATP Tour trophy in Delray Beach. It was also his first clay-court crown in three years, when he went back-to-back on the green clay of the Sarasota Challenger and red dirt of Aix-en-Provence.

Up to No. 61 in the FedEx ATP Rankings on Monday, Tiafoe is closing in on that Top 50 threshold he marked as a year-end goal for 2020. He will next compete at the ATP 250 event in Sardinia this week, opening against Corentin Moutet.