Watch highlights from Day 4 at the Miami Open presented by Itau, as Roger Federer and David Ferrer both produced impressive comebacks from a set down to reach the third round. Watch live tennis streams at http://www.tennistv.com.

Ferrer Turns Back The Clock In Miami

If Saturday's performance is any indication of David Ferrer's form, the Spaniard might want to reconsider his retirement from the ATP Tour.

Ferrer turned in a vintage display under the lights at the Miami Open presented by Itau, storming back from a set down to defeat Alexander Zverev 2-6, 7-5, 6-3. In front of a packed crowd at Hard Rock Stadium, the dogged Ferrer turned back the clock for the second-round victory. It marked his first win over a Top 5 opponent since 2015, when he upset Kei Nishikori in the Acapulco final.

The 36-year-old, a former World No. 3, is in the midst of a farewell tour after recently announcing that the Mutua Madrid Open will be his last professional tournament. It's safe to say he will be fist pumping to the very end.

"It means a lot," said Ferrer. "It's a special day because it's the last year of professional tennis for me. Winning these type of matches against a Top 10 player like Sascha is a gift. I'm very happy and I'm trying to enjoy every point and every moment.

"My motivation is playing at a high level and be competitive. It's my goal. I can't play at my best level anymore, but I want to have good energy and play my best in every match."

Fighting for every ball and refusing to yield an inch from the baseline, Ferrer put Zverev on his heels as the match wore on. A relentless fighter, it was a fitting tribute to his entire career. Runner-up in 2013, Ferrer had the crowd on his side throughout the encounter. Their cheers reached a deafening roar as he fought back in the second set and claimed the decisive break for 3-2 in the third.

Ferrer has tasted victory in Miami more than any other ATP Masters 1000 event, posting an impressive 33-16 record. He will next face Frances Tiafoe on Monday for a spot in the Round of 16. It will be their first FedEx ATP Head2Head encounter. 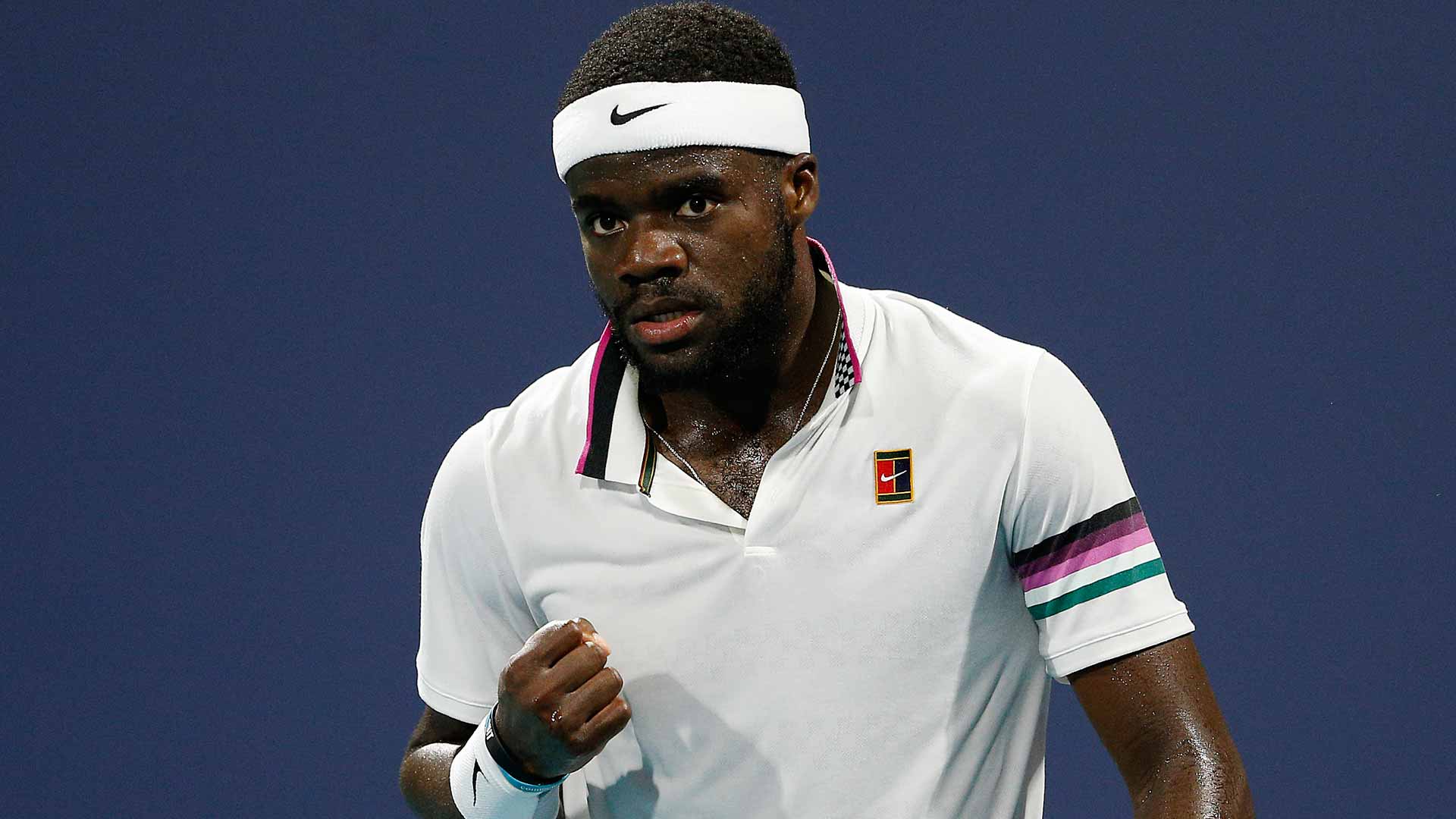 Guile, grit and determination. Tiafoe needed it all and then some to advance on Saturday at the Miami Open presented by Itau.

Tiafoe survived an all-#NextGenATP duel with 19-year-old Miomir Kecmanovic, triumphing 7-6(6), 7-6(5) in two hours and four minutes. With momentum swinging between both sides of the court, the American overcame a break deficit in the first set to rally for the victory. He fired 45 winners in total.

The Maryland native limped to the finish line in the second set tie-break, after Kecmanovic recovered a break earlier in the set. Battling severe cramps in his left leg, Tiafoe looked to shorten points and he would seal the win with a drop shot-volley combo.

One year ago, the World No. 34 enjoyed his best result at an ATP Masters 1000 event, reaching the Round of 16 in Miami. There, he upset Kyle Edmund and Tomas Berdych. On Monday, Tiafoe will look to match that result when he faces Ferrer next.

Tsitsipas converted four of eight break chances to prevail. Now into the third round, he is in strong form after also lifting the trophy in Marseille and finishing runner-up to Roger Federer in Dubai last month. The #NextGenATP star is enjoying his deepest run in Miami.

Mayer, meanwhile, booked his spot in the third round with a 6-2, 6-4 win over countryman Guido Pella to open proceedings on Day 4. He is appearing in Miami for the seventh time.

In other action, 18th seed David Goffin defeated Pablo Andujar 6-4, 6-1 to set a third-round date with Marco Cecchinato. The Thomas Johansson pupil is seeking a Round of 16 appearance for the third time in four years in Miami.

The FedEx ATP Head2Head series is knotted at one apiece after Goffin triumphed in Rome last year and Cecchinato followed suit at Roland Garros. The Belgian also owns an ATP Tour qualifying victory over the Italian in Casablanca five years ago.

Defending Champions Lead Day 4 Doubles Surge
Eight matches were completed on the doubles court on Saturday, with reigning champs Bob Bryan and Mike Bryan advancing 6-1, 6-4 over Marton Fucsovics and Roman Jebavy. The Americans are five-time winners in Miami, having lifted the trophy in 2007-08, 2014-15 and 2018.