Frances Tiafoe defeats Joao Sousa for the first time to advance in 's-Hertogenbosch.

ATP Staff
This article contains:
Haase battles on in front of home crowd

Entering Monday, #NextGenATP American Frances Tiafoe had struggled against Portuguese No. 1 Joao Sousa, losing to the veteran in last year’s Estoril final and again last month in Rome. But the third time was the charm for the World No. 35.

Tiafoe earned his first FedEx ATP Head2Head win against Sousa 6-2, 7-6(0) to reach the second round of the Libema Open in ‘s-Hertogenbosch. The victory snaps a three-match losing streak for the 21-year-old.

Tiafoe defeated Thompson 3-6, 6-4, 6-3 earlier this year at the Abierto Mexicano Telcel presentado por HSBC in Acapulco. The key in that match was that Tiafoe won 55 per cent of his second-serve return points.

Seventh seed Cristian Garin, who broke through during the clay-court season, advanced with a 6-1, 6-4 victory against qualifier Salvator Caruso. The Chilean previously held an 0-2 record in tour-level grass-court matches. 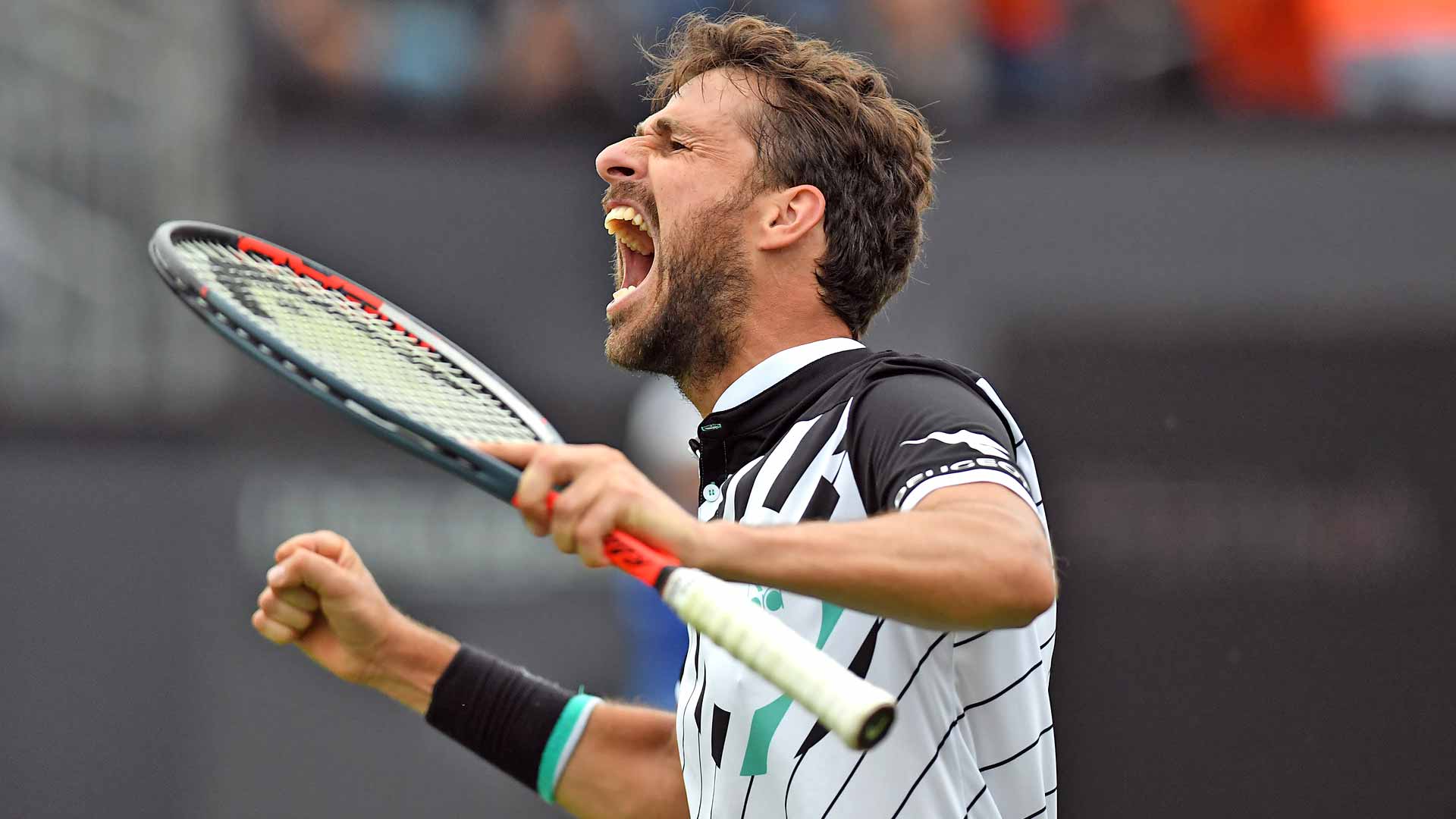 In the only other singles match of the day, American Taylor Fritz beat wild card Jurij Rodionov 7-6(2), 6-4 in 79 minutes. The World No. 41, who is one spot off his career-high ATP Ranking, will play second seed Borna Coric in the second round.